Graduating to a Pay Gap: The Earnings of Women and Men One Year After College Graduation

Nearly 50 years after the passage of the Equal Pay Act of 1963, women continue to earnless than men do in nearly every occupation.Because pay is a fundamental part of everyday life, enabling individuals to support themselves and their families, the pay gap evokes passionate debate. Although the data confirming the persistence of the pay gap are incontrovertible,the reasons behind the gap remain the subject ofcontroversy. Do women earn less because they make different choices than men do? Does discrimination play a role? What other issues might be involved? This report explores the pay gap between male and female college graduates working full time one year after graduation. You might expect the pay gap between men and women in this group of workers of similar age,education, and family responsibilities to be small or nonexistent. But in 2009 -- the most recent year for which data are available -- women one year out of college who were working full time earned, on average, just 82 percent of what their male peers earned. After we control for hours, occupation, college major, employment sector,and other factors associated with pay, the pay gap shrinks but does not disappear. About one third of the gap cannot be explained by any of the factors commonly understood to affect earnings, indicating that other factors that are more difficult to identify -- and likely more difficult to measure -- contribute to the pay gap. 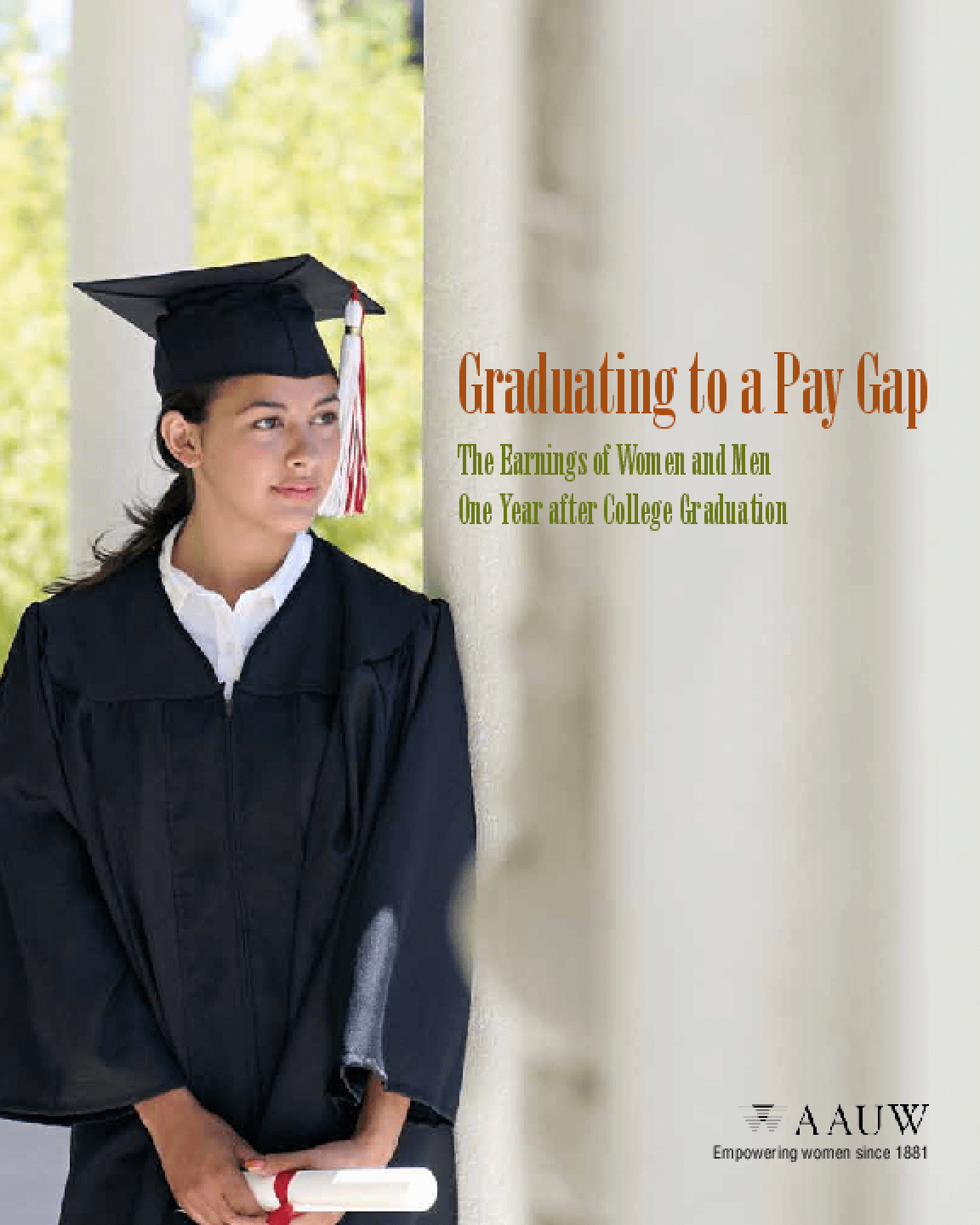