This report presents a summary of what 174 grant recipients (out of a total of 305 surveyed) of the Foundation for Civil Society (FCS) say about their experience of FCS as a grantmaker. In 2008, a group of eight East African grantmakers contracted Keystone to conduct a comparative survey of all their current grantees. The same survey instrument was simultaneously administered to the grantees of seven other East African grantmakers. This report presents the responses of the FCS grantees alongside the responses of the grantees of the other grantmakers in the group. FCS is thus able to compare the feedback it received from its grantees with how all the grantmakers were rated by their grantees. This makes it easier to identify areas of relatively strong and weak performance, and pinpoint potential areas for improvement for each individual grantmaker and across the entire field of grantmaking in East Africa. Grantee responses are grouped into six separate sections, each describing a key area of grantmaking practice: 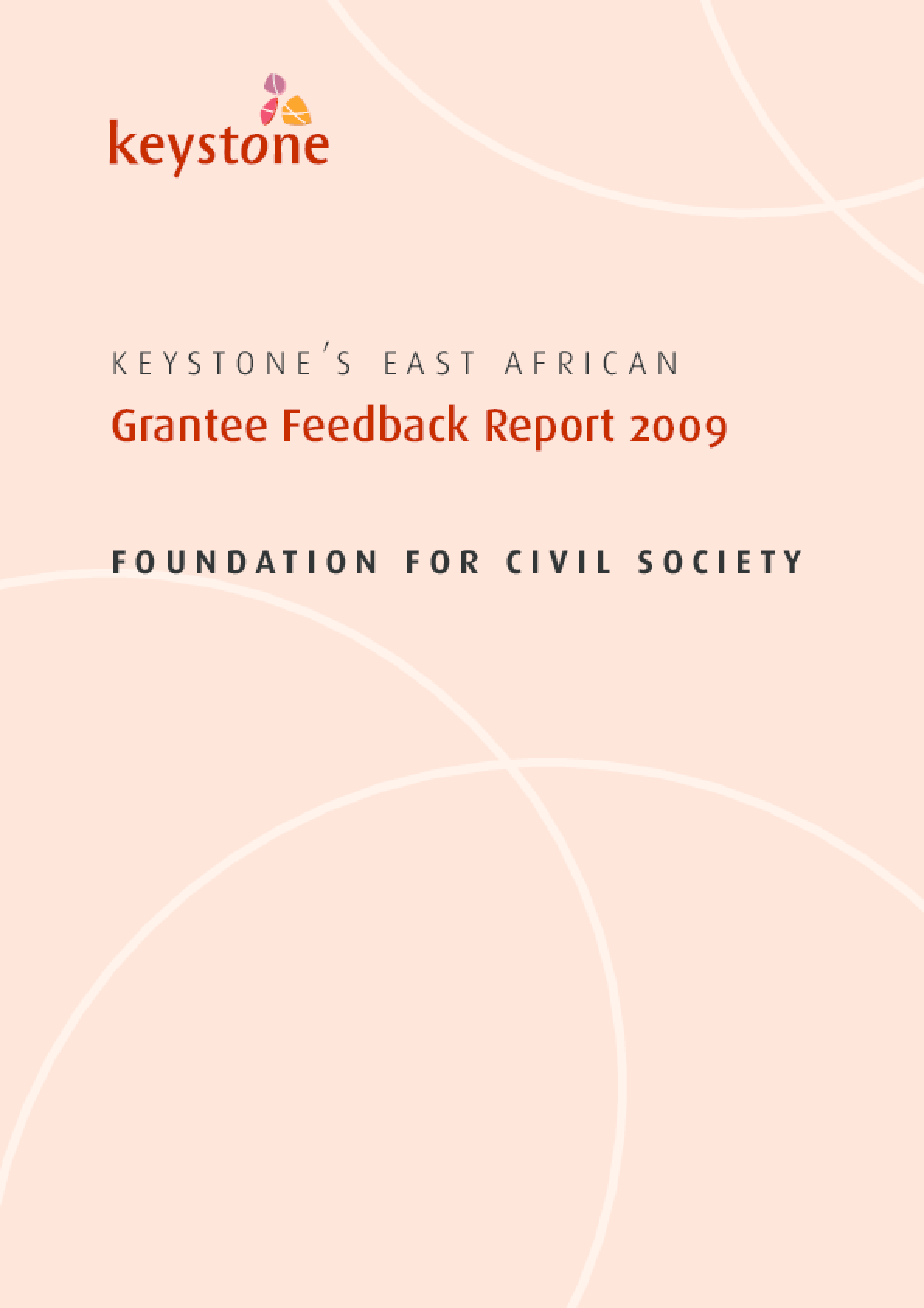