With support from the Ford Foundation, the Greater New Orleans Education Foundation (GNOEF) participated in Public Education Network's Gulf States Initiative, which was designed to enlarge the role of the public in school improvement in the Gulf States region. Public Education Network (PEN) is a network of local education funds (LEFs) across the nation. In PEN's view, "public responsibility" will not emerge from conventional, smaller scale efforts to involve parents more closely with their children's schools or to inform the community about a superintendent's program. Instead, PEN initiatives take as their premise that in a democracy, public schools can only improve in a sustainable way if a broad-based coalition of community members pushes them to improve and holds them accountable. The Gulf States Initiative charged six LEFs, including GNOEF, with moving their communities toward different and more substantial forms of responsibility for their schools. 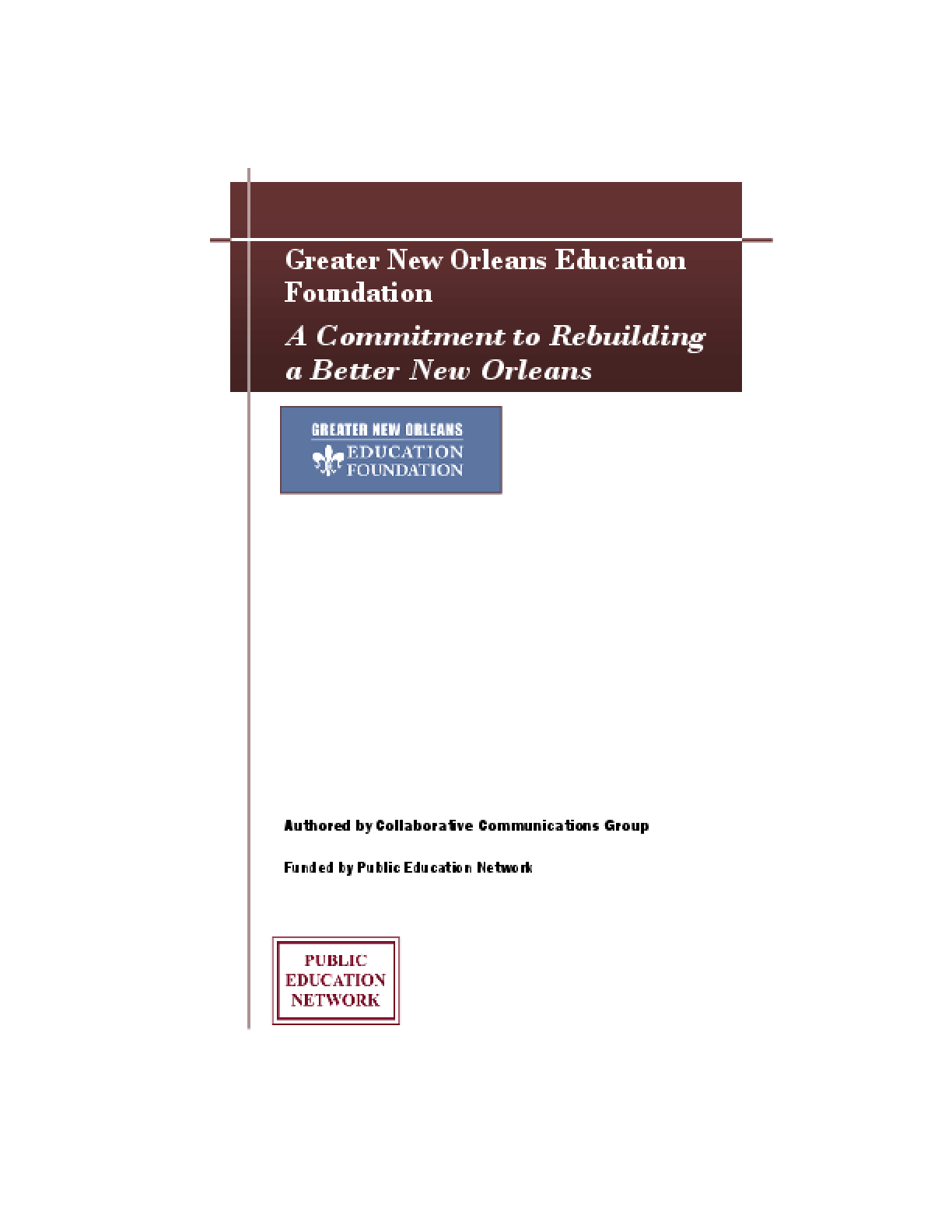