Group Threat, Police Officer Diversity and the Deadly Use of Police Force

Prior research indicates that (perceived) group threat measured in terms of population shares and race-specific crime rates are important explanations for variations in police killings across cities in the United States. The authors argue that a diverse police force that proportionally represents the population it serves mitigates group threat and thereby reduces the number of officer-involved killings. The findings represent one of the first analysis of a highly relevant contemporary issue based on a recent and high-quality dataset from 2013 to 2015. By highlighting the interaction between group threat and the proportional representation of minority groups in police departments, the research advances group conflict and threat theories with important theoretical and policy implications for law enforcement and representative bureaucracies more broadly. 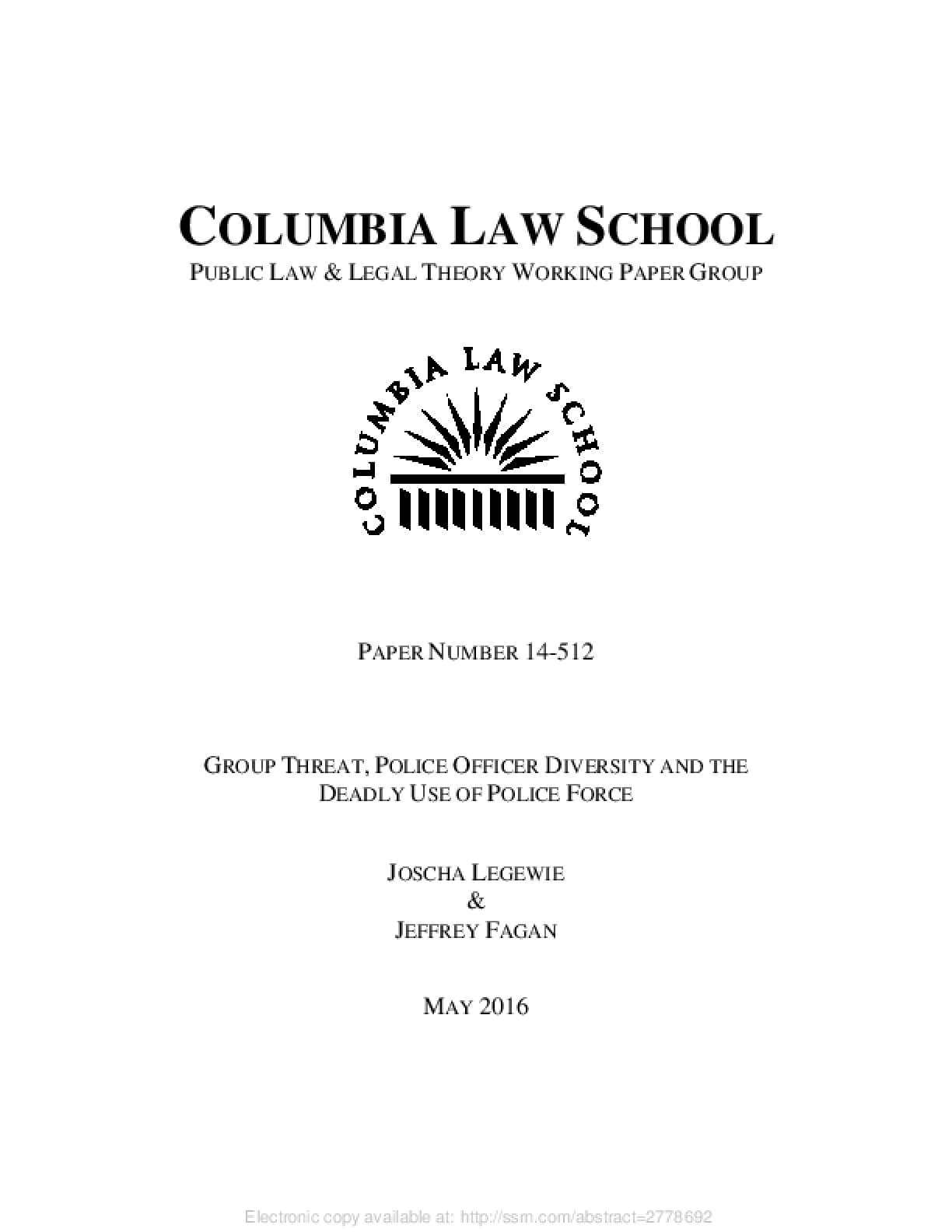