Individual donors coming together to pool their funds and to make grants, that is the idea behind giving circles. Emerging as a new trend in the United States, giving circles are typically organized around a particular issue or area of interest and are considered a high engagement form of philanthropy. The circle's grantmaking functions, proposal review, and site visits engage members in a participatory process that, when combined with the increased impact of pooled charitable resources, has strong appeal to many donors. The Baltimore Giving Project, housed at the Association of Baltimore Area Grantmakers (USA), has supported the growth of many giving circles since 2000. Its report details the growth and lessons learned from two of these circles. 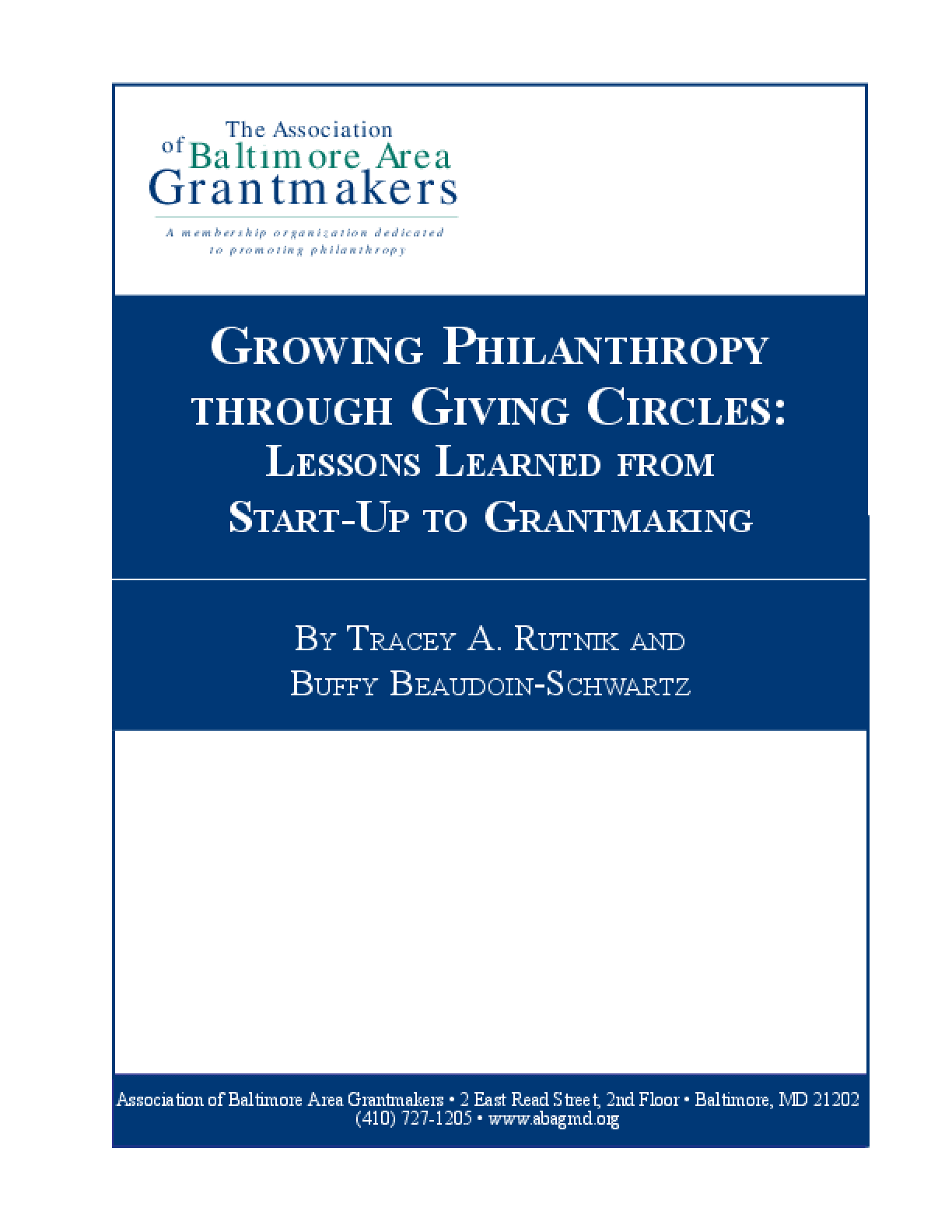