Growth in Foundation Support for Media in the United States

Over the last decade, media -- the means by which we communicate -- has evolved significantly. Television, radio, and print newspapers and magazines were once the primary means to obtain news and information. However, the rapid evolution of the Internet and mobile technology has generated new media platforms and expanded the universe of information creators, producers, and distributors. Media information once flowed in one direction, but the expansion of the field has made the movement more diffuse. With this changing landscape as a backdrop, the Foundation Center, with support from the John S. and James L. Knight Foundation and the Wyncote Foundation, and in collaboration with Media Impact Funders, GuideStar, and the Ford Foundation, sought to provide a fuller picture of media-related grantmaking by U.S. foundations. Tracking investments from 2009 to 2011, the data reveals that foundations are increasingly supporting media-related work across multiple areas. At the same time, they are tapping into larger trends, with investments in new media growing at a faster pace than traditional media investments. However, growth in grantmaking across the spectrum of media is inconsistent -- with growth in public broadcasting falling behind growth in investments in other areas. As demand for media funding continues to rise, these gaps are the most important ones to watch -- especially considering the 2011 Federal Communications Commission report, "The Information Needs of Communities", which called for philanthropy to play a bigger role in supporting media. Since this is a baseline assessment, it will be crucial to see how media grantmaking evolves. 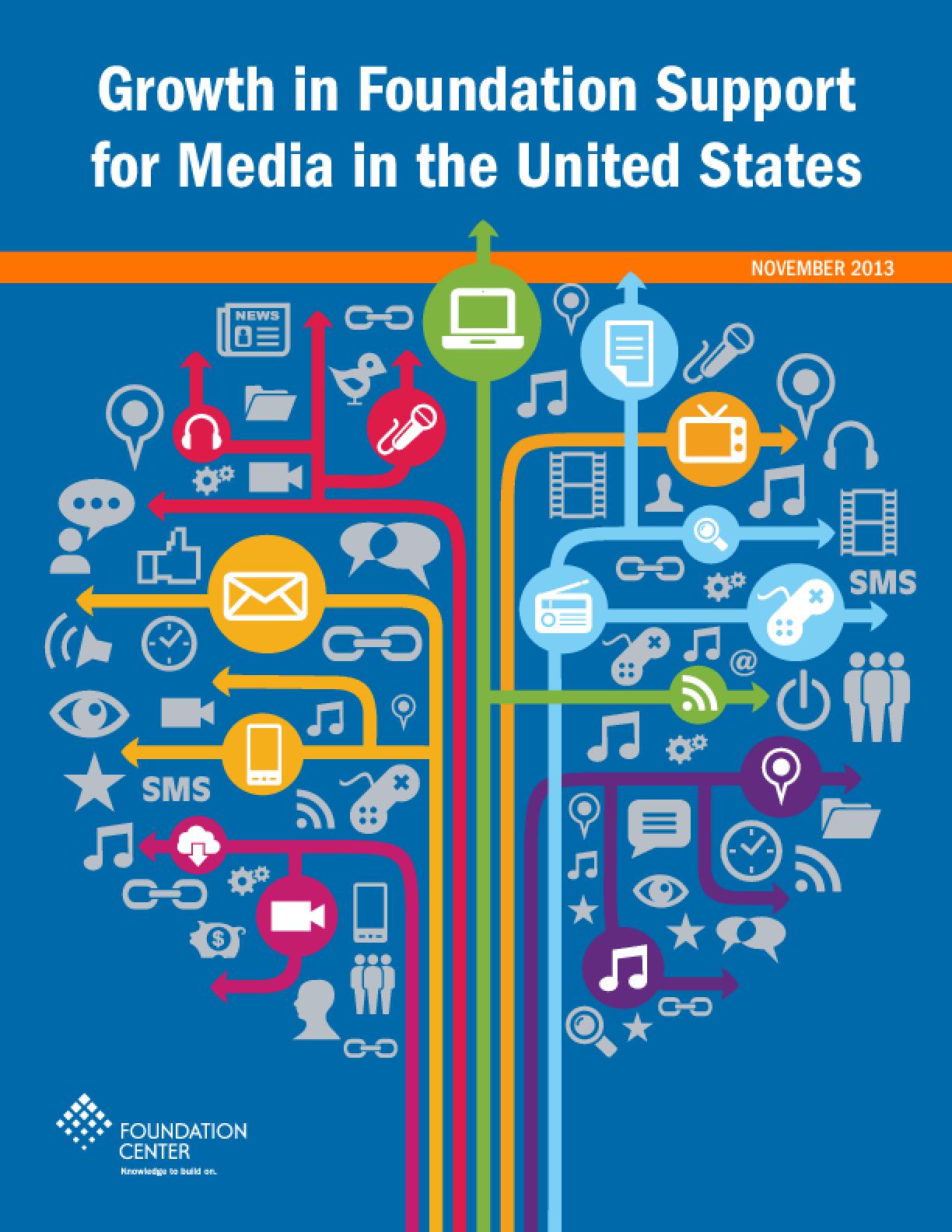