BACKGROUND: A variety of claims about possible associations between gun ownership rates, mental illness burden, and the risk of fi rearm-related deaths have been put forward. However, systematic data on this issue among various countries remain scant. Our objective was to assess whether the popular notion "guns make a nation safer" has any merits.

METHODS: Data on gun ownership were obtained from the Small Arms Survey, and for fi rearm-related deaths from a European detailed mortality database (World Health Organization), the National Center for Health Statistics, and others. Crime rate was used as an indicator of safety of the nation and was obtained from the United Nations Surveys of Crime Trends. Age-standardized disability-adjusted life- year rates due to major depressive disorder per 100,000 inhabitants with data obtained from the World Health Organization database were used as a putative indicator for mental illness burden in a given country.

CONCLUSION: The number of guns per capita per country was a strong and independent predictor of fi rearm-related death in a given country, whereas the predictive power of the mental illness burden was of borderline significance in a multivariable model. Regardless of exact cause and effect, however, the current study debunks the widely quoted hypothesis that guns make a nation safer. 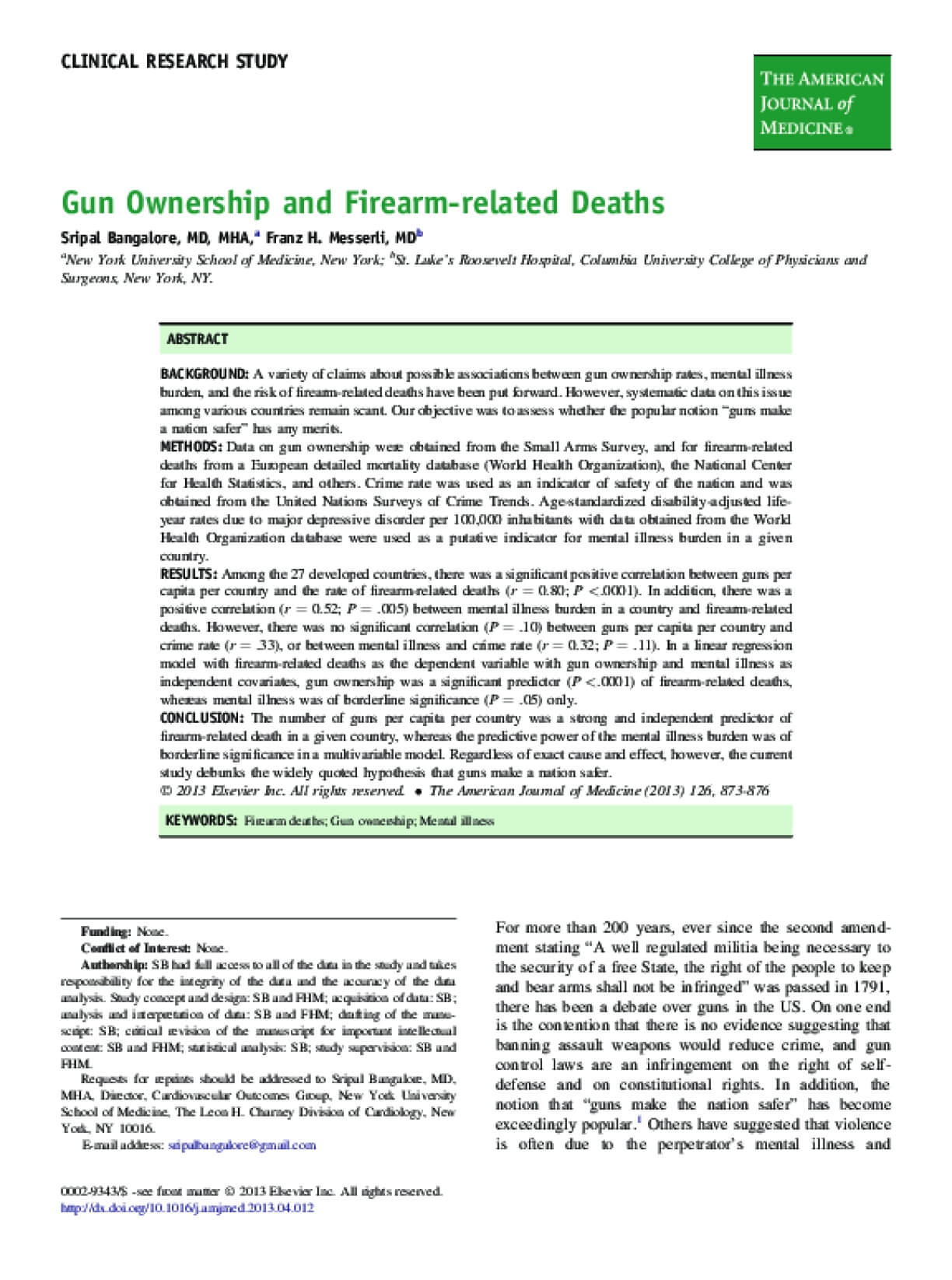