Gun Ownership in the United States: Measurement Issues and Trends

Gun violence is a serious problem in the United States. In 2011, 478,400 violent crimes were committed with a firearm (Planty and Truman, 2013). While down dramatically since the 1990s, the rate of non-fatal firearm victimizations rose from 2008 to 2011. Firearms deaths from all causes (homicides, suicides, accidental, and undetermined) averaged over 31,000 annually in 2005-2011 (CDC WISQARS, 2013; Hoyert and Xu, 2012). Non-fatal gunshot injuries totaled 81,396 in 2012; a rise in the injury rate per 100,000 from 20.5 in 2002 to 25.9 in 2012 (CDC, 2013).Given the magnitude and seriousness of gun violence, it is important to have accurate and reliable information on the possession and use of firearms in the United States. This report examines one crucial element, the level of and trends in household and personal gun ownership. First, the report considers methodological issues concerning the measurement of gun ownership. Second, it examines trends in gun ownership. Third, it evaluates the nexus of these two factors, the impact of methodological issues on the measurement of trends gun ownership. Finally, it considers what ancillary trend data on crime, hunting, household size, and number of guns available suggest about trends in gun ownership. 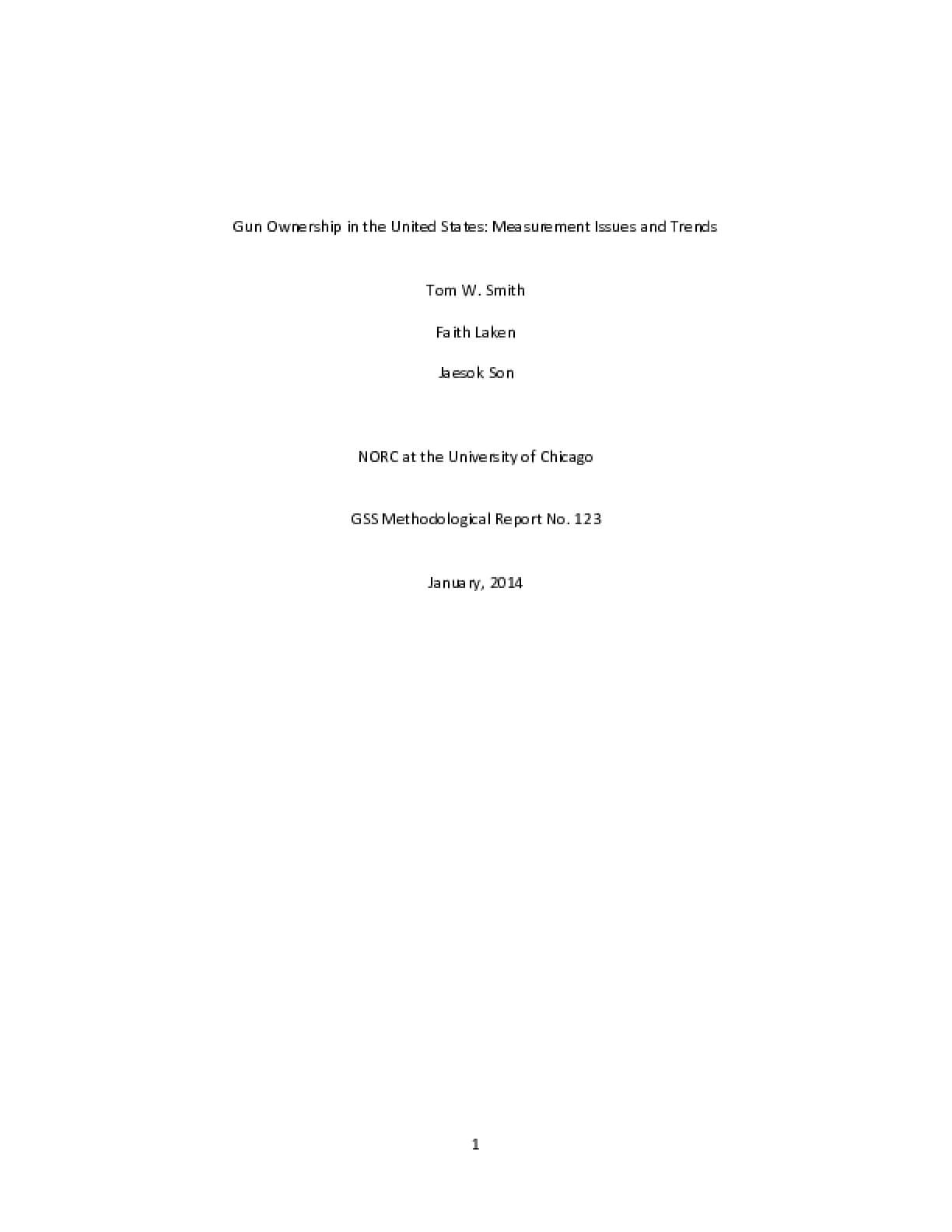