Gun Shows Across a Multistate American Gun Market: Observational Evidence of the Effects of Regulatory Policies

Objective: To describe gun shows and assess the impact of increased regulation on characteristics linked to their importance as sources of guns used in crime. Design: Cross-sectional, observational. Subjects: Data were collected at a structured sample of 28 gun shows in California, which regulates these events and prohibits undocumented private party gun sales; and in Arizona, Nevada, Texas and Florida -- all leading sources of California's crime guns -- where these restrictions do not exist. Main outcome measures: Size of shows, measured by numbers of gun vendors and people in attendance; number and nature of guns for sale by gun vendors; measures of private party gun sales and illegal surrogate ("straw") gun purchases. Results: Shows in comparison states were larger, but the number of attendees per gun vendor was higher in California. None of these differences was statistically significant. Armed attendees were more common in other states (median 5.7%, interquartile range (IQR) 3.9 - 10.0%) than in California (median 1.1%, IQR 0.5 - 2.2%), p = 0.0007. Thirty percent of gun vendors both in California and elsewhere were identifiable as licensed firearm retailers. There were few differences in the types or numbers of guns offered for sale; vendors elsewhere were more likely to sell assault weapons (34.9% and 13.3%, respectively; p = 0.001). Straw purchases were more common in the comparison states (rate ratio 6.6 (95% CI 0.9 to 49.1), p = 0.06). Conclusions: California's regulatory policies were associated with a decreased incidence of anonymous, undocumented gun sales and illegal straw purchases at gun shows. No significant adverse effects of these policies were observed. 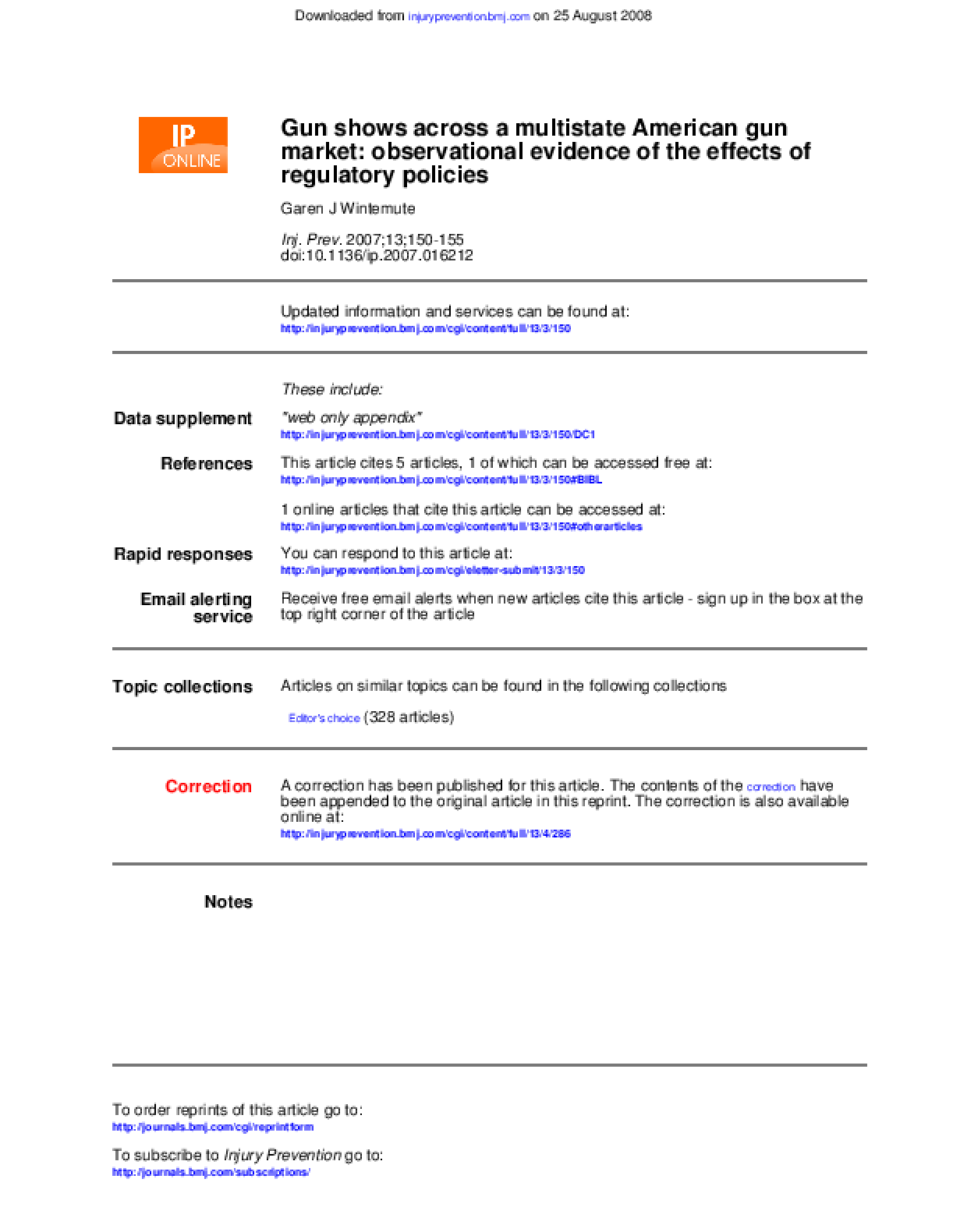