A total of 764 people were murdered in Chicago in 2016. They were sons, brothers, and fathers; sisters, daughters, and mothers; they were, as the title of The New York Times reporter Fox Butterfield's book on urban violence noted, All God's Children. This report represents a first step towards understanding what happened with the goal of helping the city of Chicago prevent another year like the one that just passed.

We draw on data obtained from the Chicago Police Department (CPD) and other sources to provide a more complete picture of the change in our city's crime problem in 2016. Our analysis highlights a number of key facts that are important for understanding what happened, but also raises some new puzzles as well. While this report focuses on establishing basic facts and avoids delving too deeply into solutions, we will continue to partner with policymakers, the civic community, and local nonprofits to identify promising approaches for moving forward. We plan to share our thinking about how to reduce violence in Chicago, informed by the best available data and research, in other venues in the future.

Between 2015 and 2016, Chicago experienced 58 percent more homicides and 43 percent more non-fatal shootings. Annual increases of this size are not unprecedented among American cities, particularly in recent years, but are rare for a city of Chicago's size. One striking feature of Chicago's increase in gun violence is how sudden it was: as of December 2015, there was no indication that gun violence was on the verge of rising sharply. But in January 2016, homicides and shootings surged relative to their 2015 levels and remained higher in almost every month that followed, threatening 20 years of progress on violent crime in Chicago. This increase was mostly in gun crimes; other crimes did not change by nearly as much.

The characteristics of homicide were generally similar in 2016 and 2015; what changed in Chicago was not so much the nature of our violence problem, but rather its prevalence. Most murders involved guns, occurred in public places, and stemmed from what police believe was some sort of altercation. This violence continues to be very regressive in its impact, disproportionately affecting the city's most disadvantaged residents. Most gun violence victims and suspects were African American men, more often than not having had some prior encounter with the criminal justice system.

Compared to other cities, a larger share of homicide suspects in Chicago consists of adolescents, although the majority of all homicide suspects are in their 20s or older. The increase in gun violence occurred disproportionately in several disadvantaged neighborhoods on the city's South and West sides, which now account for an even larger share of the city's homicides. Another change is that from 2015 to 2016, the share of homicides that CPD believes stemmed from an altercation, as well as the share of homicide offenders who were recorded by CPD as having a gang affiliation, seemed to decline.

What caused Chicago's sudden surge in gun violence in 2016 remains a puzzle. Weather cannot explain the surge in homicides and shootings, since monthly temperatures in 2016 were close to their historical averages. City spending on social services and public education did not change much in 2016 compared to previous years, and while the state budget impasse disrupted funding for many community organizations, this did not seem to change sharply in December 2015.

Most relevant measures of police activity did not change abruptly enough to explain the surge in gun violence. Overall arrests declined in 2016, driven by narcotics arrests, but arrests for violent crimes, including homicides and shootings, barely changed. One policing measure that declined was the chance of arrest for homicides and shootings (the "clearance rate"), which was a result of arrests for these crimes not keeping pace with the increase in gun violence. Another policing measure that declined was the number of investigatory street stops. However, for this to explain why shootings increased in Chicago would also require an explanation for why the previous dramatic decline in street stops in New York City did not lead to more gun violence there.

We also cannot know the effect of factors not measurable in the available data, such as any change in street gangs or the use of social media. However, given the timing of the recent increase in gun violence, for any alternative explanation to make sense it would need to involve something that changed abruptly near the end of 2015 and disproportionately affected gun crimes.

Not knowing the definitive cause of Chicago's sudden and substantial increase in gun violence does not mean the city should be paralyzed in crafting a response. The solution to a problem need not be the opposite of its cause. One key implication of these data is the importance of a policy response that is focused on the core problem: violence concentrated largely in a moderate number of our most disadvantaged neighborhoods, carried out by teens and young adults in public places with illegally owned, and perhaps increasingly lethal, firearms 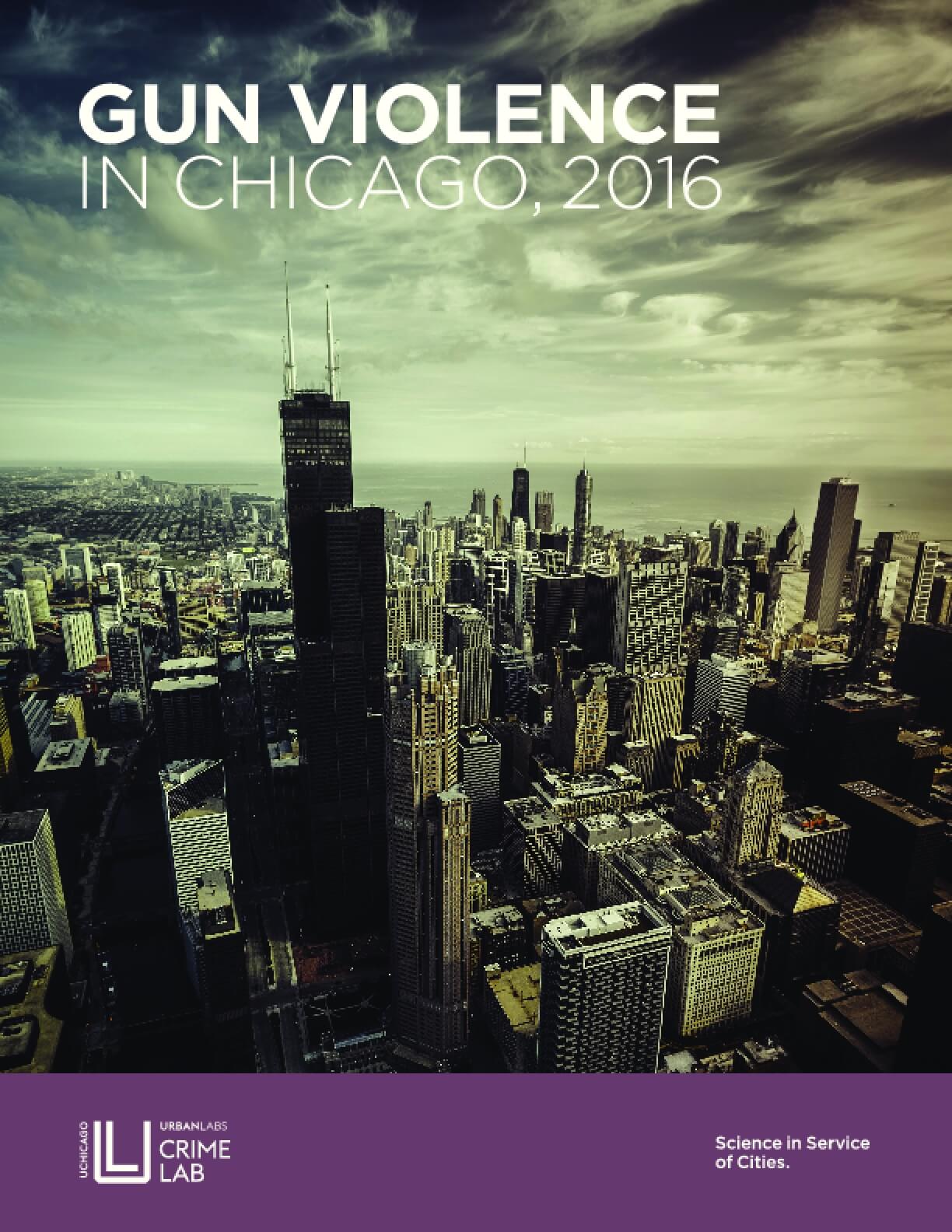