Guns in Sports: How Guns Have Affected the Athletic Community & What It Tells Us About America's Gun Violence Crisis

The sports world is filled with athletes at every level of competition who have been wounded, killed, lost loved ones, or otherwise been victimized by guns -- or who have had their lives changed forever by turning to guns themselves. Entire rosters could be filled with star players who have been adversely affected by guns in some way.

Yet the fact that guns killed Sean Taylor, Michael Jordan's father, Serena and Venus Williams's sister, and Dallas Green's nine-year-old granddaughter had nothing to do with their ties to the sports world. They lost their lives because they lived in a country with over 200 million firearms, where inadequate laws make it far too easy for dangerous people to acquire the means to kill. In one decade in America, from 1996 to 2005, there were almost 5 million violent crimes committed with firearms and more than 2 million crime guns recovered and traced by law enforcement.

The epidemic of gun violence in the sports world is emblematic of the epidemic of gun violence in the United States. While we may care deeply about the sports figures chronicled in this report because of their athletic skills, their stories resemble those of countless Americans whose athletic careers are limited to recreational leagues or backyard games of catch. This report is intended for the media to consider how America's gun problems affect our society at large, and to examine solutions that can save lives; and for the public to engage in and help solve this crucial public safety issue. 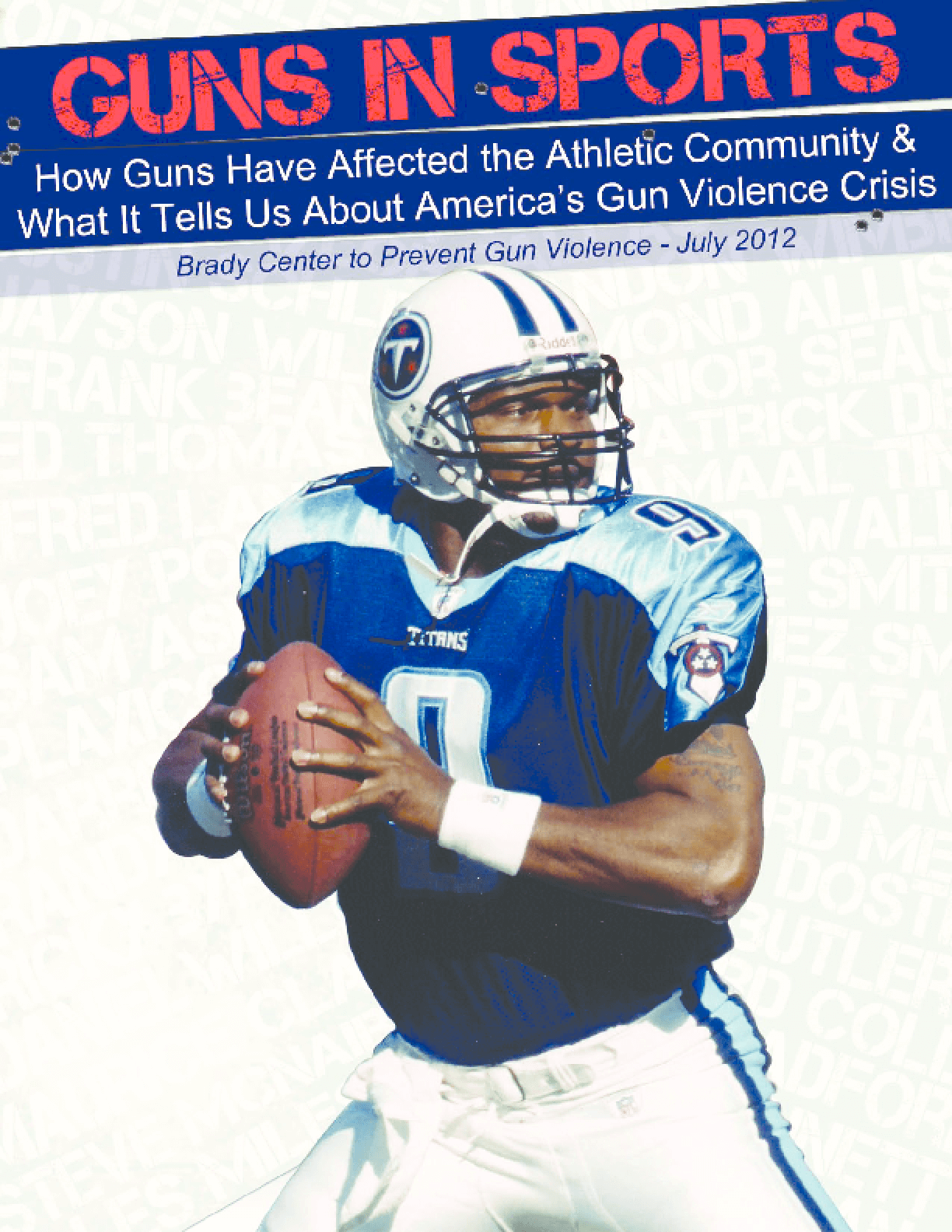