This report describes the results of an independent recount of vote tally sheets from Haiti's November 28 presidential election. These 11,181 election tally sheets from across Haiti were posted online by Haiti's Provisional Electoral Council (CEP). It finds that for some 1,326 voting booths, or 11.9 percent of the total, tally sheets were either never received by the CEP or were quarantined for irregularities. This corresponds to about 12.7 percent of the vote, which was not counted and is not included in the final totals that were released by the CEP on December 7, 2010 and reported by the press. It also found many more tally sheets that had irregularities in the vote totals that were sufficient to disqualify them, and a large number of clerical errors that further undermines the credibility of the vote count. The report finds that based on the numbers of irregularities, it is impossible to determine who should advance to a second round. If there is a second round, it will be based on arbitrary assumptions and/or exclusions. 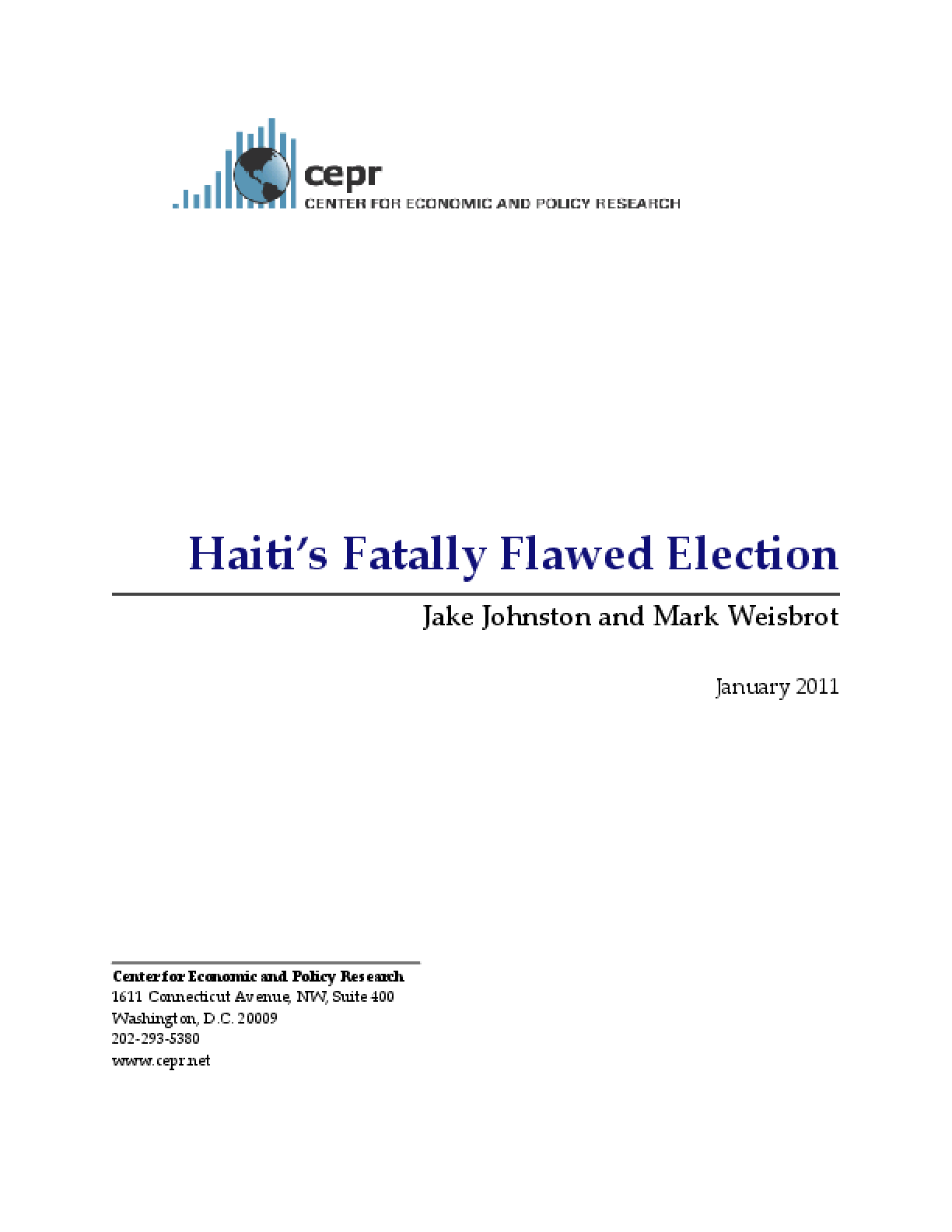