Thousands of children migrate to the United States each year. Many of these children come fleeing war, violence, abuse or natural disaster; others come to reunite with family members already here, or to seek better lives for themselves. They undertake difficult journeys, often across numerous international borders, and often alone. Unaccompanied children are some of the most vulnerable migrants who cross our borders, and are in need of special protections appropriate for their situation. Yet they face additional hurdles upon arrival. They are placed in custody while their immigration cases proceed through the courts, and they must undergo adversarial immigration proceedings, often without the help of a lawyer or guardian. In March 2003, the Homeland Security Act (HSA) transferred custody of unaccompanied alien children from the former Immigration and Naturalization Service (INS) to the Office of Refugee Resettlement (ORR).4 ORR, a division of the Department of Health and Human Services (HHS) created the Division of Unaccompanied Children's Services (DUCS) to provide care and services to this population. In an effort to assess the effectiveness of the transfer, the Women's Refugee Commission* and the law firm of Orrick, Herrington & Sutcliffe LLP (Orrick) embarked on a landmark study of the conditions of care and confinement for children in immigration proceedings without a parent or guardian. We visited 30 DUCS programs, three facilities where Immigration and Customs Enforcement (ICE) detains children and three Border Patrol stations. In addition, we interviewed staff, attorneys, advocates, social workers and more than 200 children. In this report, we provide an overview of what life is like for children in DUCS, Border Patrol and ICE custody. In general, we found that the treatment of most unaccompanied children has greatly improved with the transfer of custody to DUCS. The majority of children are eventually released to parents, relatives or sponsors and a good number of those not eligible for release are held in child-friendly shelter facilities or foster home placements. DUCS has made significant improvements in the quality of medical care, has identified children in need of protection and has created a mechanism to better ensure that children are released to safe environments. In addition, DUCS has created pilot programs to provide legal assistance and guardians ad litem to some children. The recent passage of the William Wilberforce Trafficking Victims Protection Reauthorization Act of 2008 (TVPRA) should further enhance protections for children. We conclude that HHS is the most appropriate entity to provide care and custody for unaccompanied children. However, while important improvements have been made and children are better cared for, the Women's Refugee Commission found that significant child protection challenges remain under the current system. Border Patrol and ICE, which are agencies of the Department of Homeland Security (DHS), continue to detain children in inappropriate facilities. In addition, the DUCS program was based in large part on the old INS model of care and has suffered from growing pains and significant challenges as a result. The transfer of custody to DUCS has shifted service provision away from a criminal justice culture and injected social services into the system; however, the intent of the transfer, which was to decouple prosecution from care, has not been fully realized. The roles of prosecutor and caretaker continue to be interwoven in a manner that interferes with the best interest of children. As a result, today's system of care is in many ways a friendlier face superimposed on the old INS model. 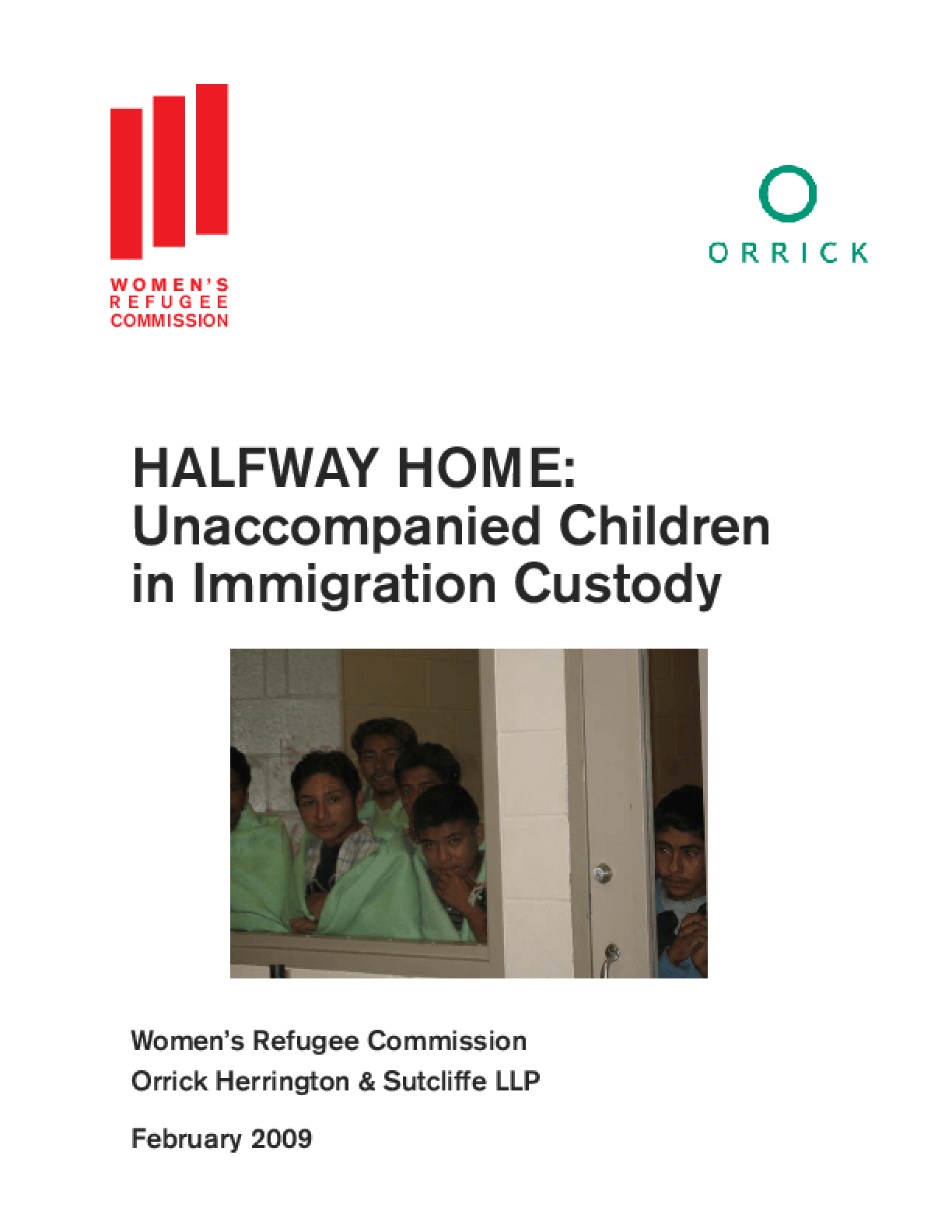