Hang Together or Separately? How global cooperation is key to a fair and adequate climate deal at Copenhagen

A fair and adequate global climate regime requires a massive effort across the board to reduce the risks to lives and livelihoods that poor people face first and most. Rich countries must reduce greenhouse gas (GHG) emissions first and fastest, with ambitious targets at home. High levels of rich-country pollution over the last century mean that even ambitious emissions-reductions targets will not be enough to avoid catastrophic climate change. Deep emissions reductions in rich countries are still critical, but climate security will now be won or lost as a result of co-operative efforts in which rich countries finance large-scale reductions in emissions in developing countries. Establishing a Global Mitigation and Finance Mechanism could achieve these reductions while respecting principles of equity, and delivering tangible development gains for poor people. This must be a centrepiece of the Copenhagen deal in December 2009. But much greater political attention and support is needed for this vital part of the deal to be developed in time. 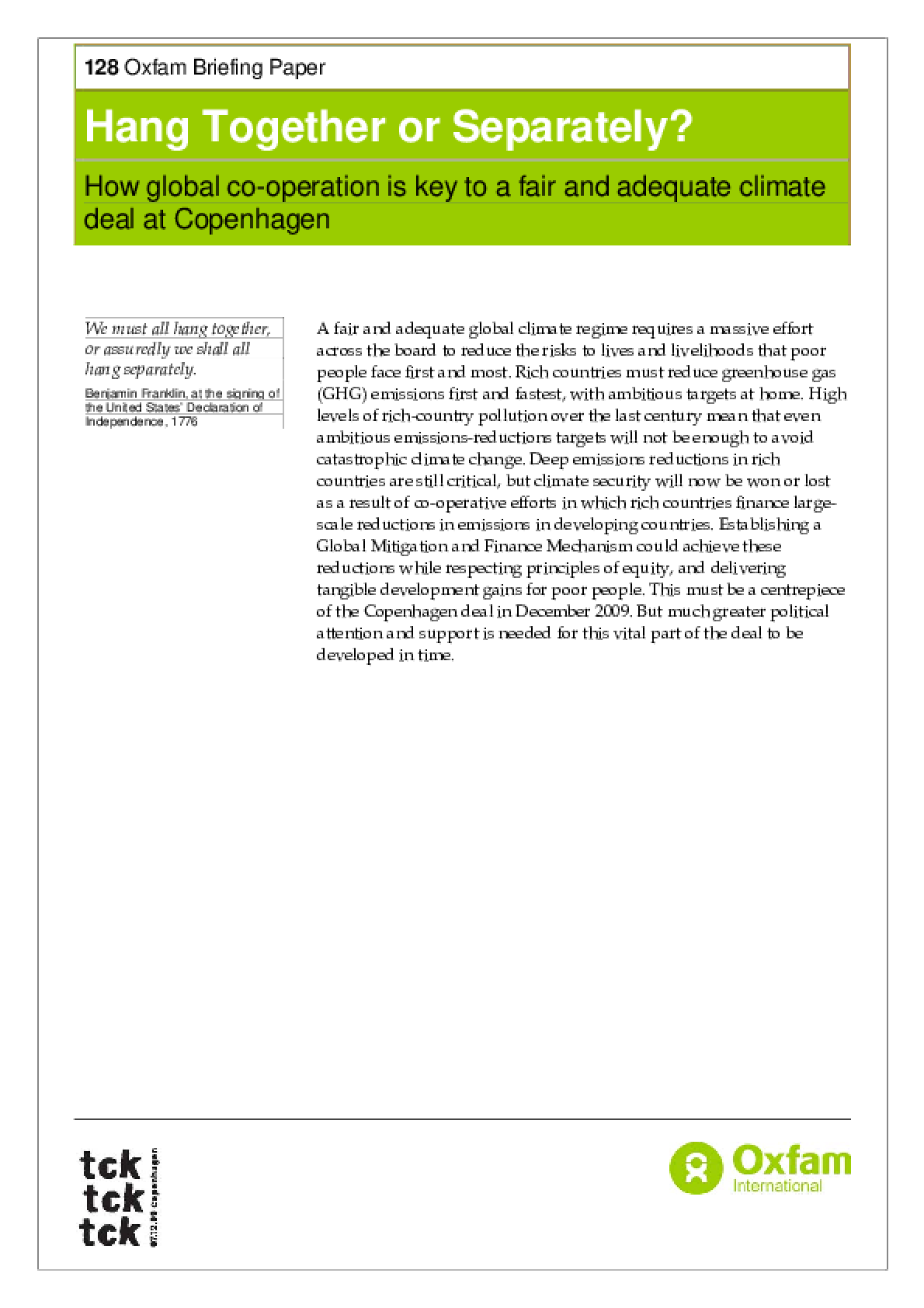