Agriculture in India requires urgent intervention. As India emerges on the global playing field, one of the mainstays of its economy, agriculture, poses some of the biggest challenges to achieving inclusive growth. Agriculture's performance has been fluctuating across the Five Year Plan periods. While the sector growth rate was 4.8% during the Eighth Plan period (1992–97), it declined to 2.5% and 2.4% respectively during the Ninth (1997–2002) and the Tenth Plan periods (2002–07). In contrast, the growth rate for the economy stood at 7.6% during the Tenth Plan. While close to half of India's 1.2 billion people are dependent on agriculture for their livelihoods, the sector itself accounted for less than 15% of GDP in 2011-2012 compared to 30% in 1990-91. Even the share of agricultural investment within total investment has been falling since the 1980s. The diminishing focus on the sector is mainly because agriculture is no longer considered a viable livelihood option.Although agriculture is the largest employment generator and provides food security to the entire country, 86.1% of farm households earn less than US$1/day per capita. These households represent a growing group of small and marginal farmers living in abject poverty and dependent on agriculture for their sustenance and livelihood. Although most solutions to India's agricultural malaise are capital-intensive and large-scale in nature involving the private sector and the government, innovations at the grassroots can benefit farmers considerably. The formation ofproducer groups or farmer-run organizations came up as the single biggest intervention that could alleviate conditions of the small producers. Almost 30% of the organizations in Dasra's survey felt the need for corporates to engage with producer groups – companies owned and professionally managed by farmers – to create economies of scale and provide market linkages. 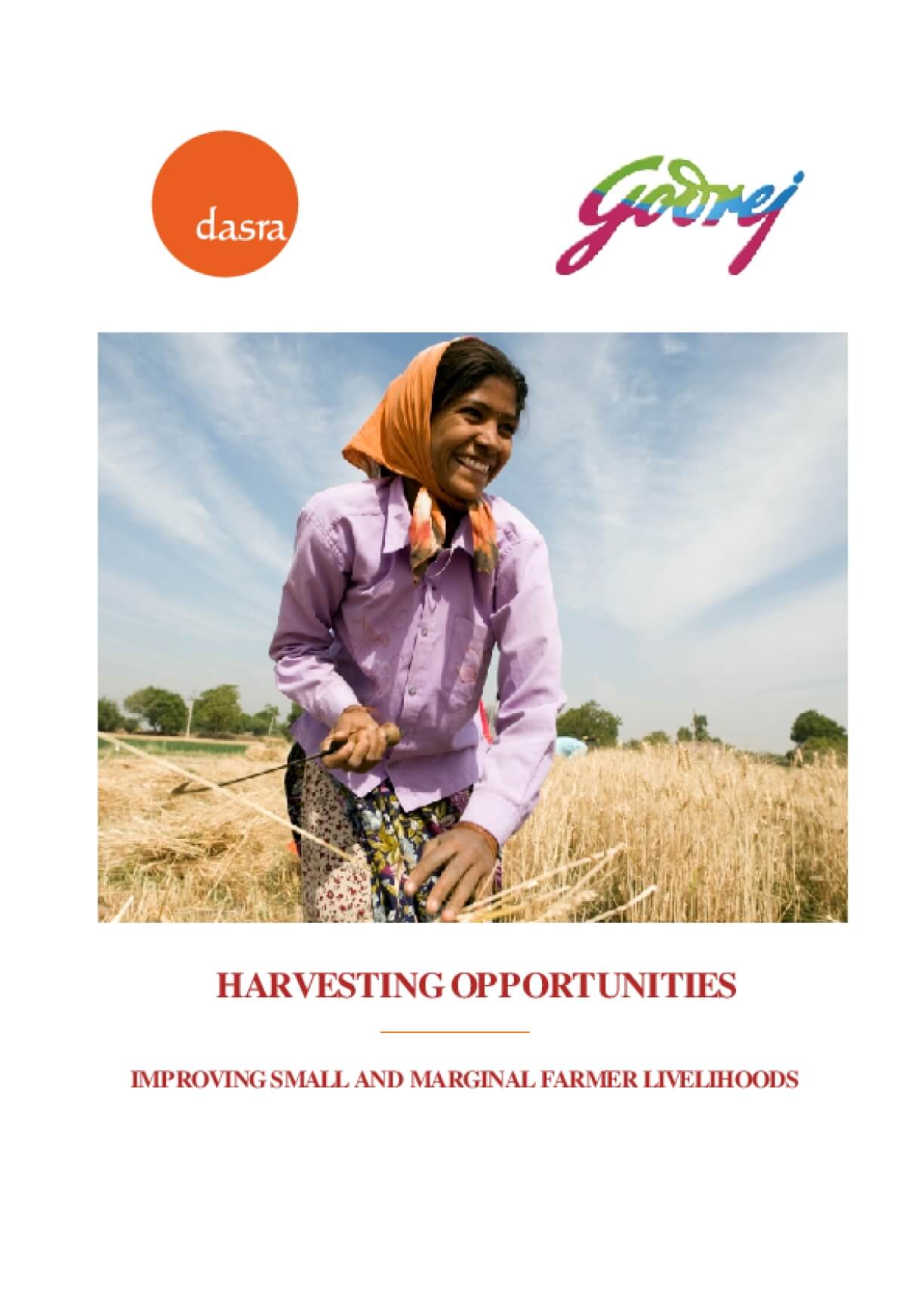