Has Education Paid Off for Black Workers?

Over the past three decades, the "human capital" of the employed black workforce has increased enormously. In 1979, only one-in-ten (10.4 percent) black workers had a four-year college degree or more. By 2011, more than one in four (26.2 percent) had a college education or more. Over the same period, the share of black workers with less than a high school degree fell from almost one-third (31.6 percent) to only about one in 20 (5.3 percent). The black workforce has also grown considerably older. In 1979, the median employed black worker was 33 years old; today, the median is 39. Economists expect that increases in education and work experience will increase workers' productivity and translate into higher compensation. But, the share of black workers in a "good job" -- one that pays at least $19 per hour (in inflation-adjusted 2011 dollars), has employer-provided health insurance, and an employer-sponsored retirement plan -- has actually declined. This paper looks at this trend and policies that would have a large, positive impact on the quality of jobs for black workers. 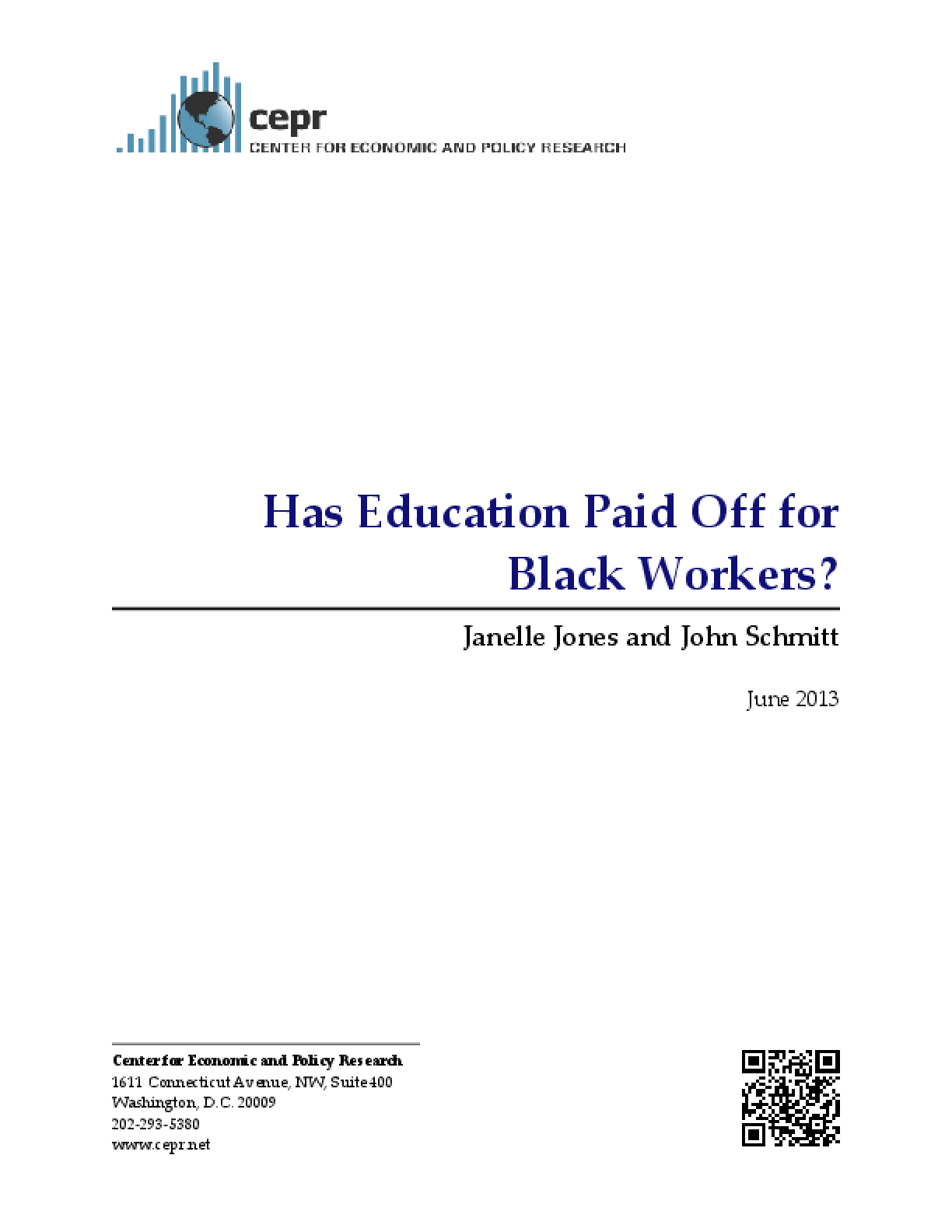