Has the Congressional Budget Office Joined the Push for Cutting Social Security?

Over the last three decades the Congressional Budget Office (CBO) has built up a reputation for solid impartial analysis of economic and policy issues. While the party controlling Congress gets to select the head of the agency, both parties have generally turned to the CBO's respected academics who did not attempt to use the agency to push a political agenda. Unfortunately, there is reason to question whether this is still the case. CBO changed its modeling of the impact of deficits and debt on the crowding out of private investment in its recently published 2010 long-term budget projections. As a result, the 2010 projections show that deficits in the near future will crowd out far more investment than the 2009 projections. 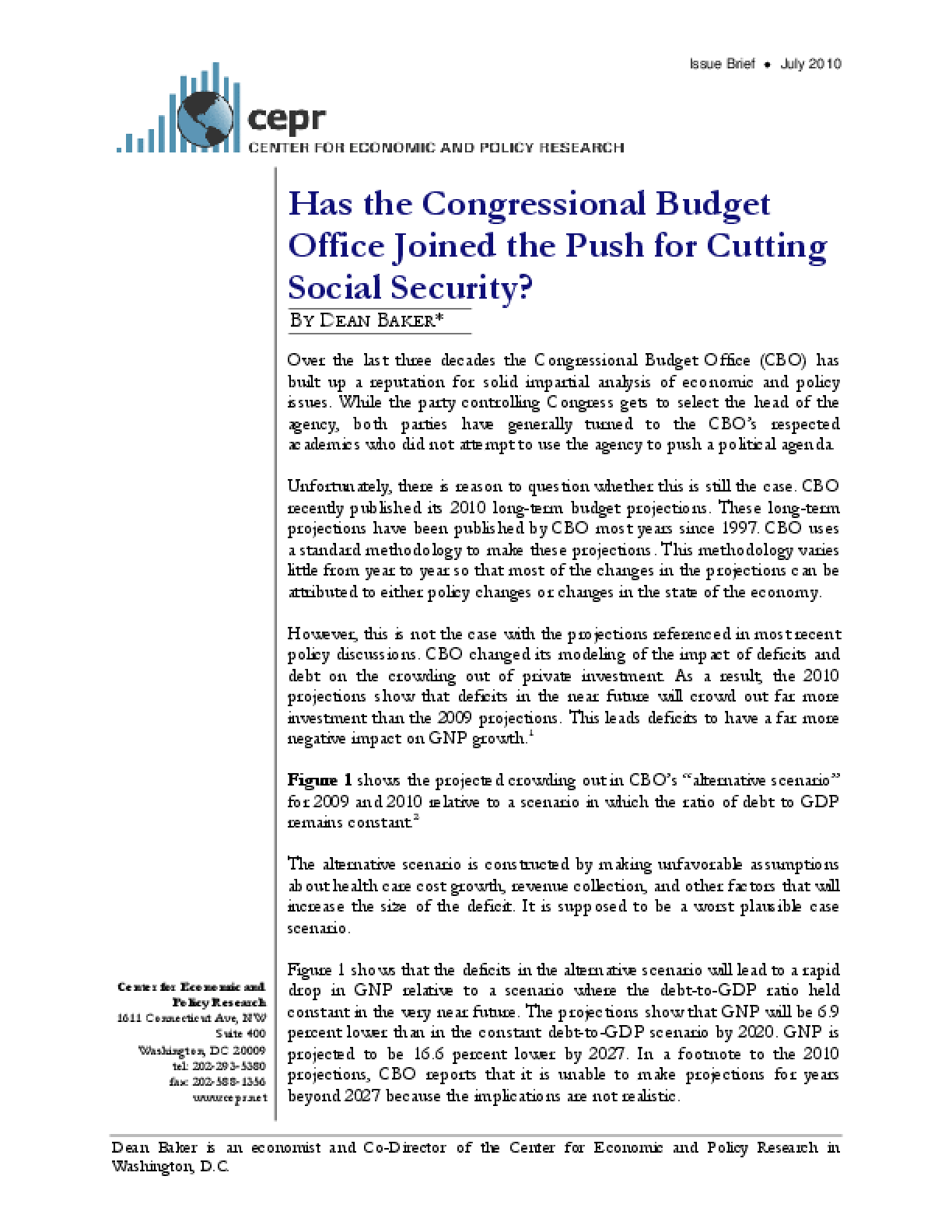