Hate, Violence, and Death on Main Street USA: A Report on Hate Crimes and Violence Against People Experiencing Homelessness 2008

Crimes of hate and violence have continued to plague the forgotten and most vulnerable members of our society: homeless people. Since 1999, the National Coalition for the Homeless has been tracking the cataclysm of violent crimes that have been committed against homeless persons. The National Coalition for the Homeless has for the tenth year published this report that documents the unfortunate trend of violence towards the homeless.

People who are homeless are more vulnerable to attacks because they live outside in public spaces. Most of our communities do not have adequate, affordable housing or shelter space to meet the need, leaving many homeless people to live outside. In fact, according to the U.S. Department of Housing and Urban Development, 41.8% of our homeless population is unsheltered. Undoubtedly, this percentage is higher as current economic issues have brought about high unemployment (9.5%) and foreclosure rates (up 18% from January 2008). Without proper action to deal with the crisis of homelessness as a whole, our homeless neighbors will continue to be vulnerable to brutal attacks.

Some cities and states have taken action to address the hate and violence faced by our homeless neighbors. This report highlights: positive steps being taken around the country to combat the growing trend of attacking the homeless, recommendations for advocates, policy makers, and members of the public to help end the violence faced by homeless persons.

While some cities and states have taken positive steps, there are still many parts of the United States that continue to dehumanize homeless persons by creating and enforcing laws that criminalize their homeless status. These laws contain restrictions on sitting, sleeping, storing property, or asking for money in public spaces. Laws that criminalize the homeless encourage the belief that homeless persons are not human, are unworthy of respect, and attacks against the homeless will go unnoticed. 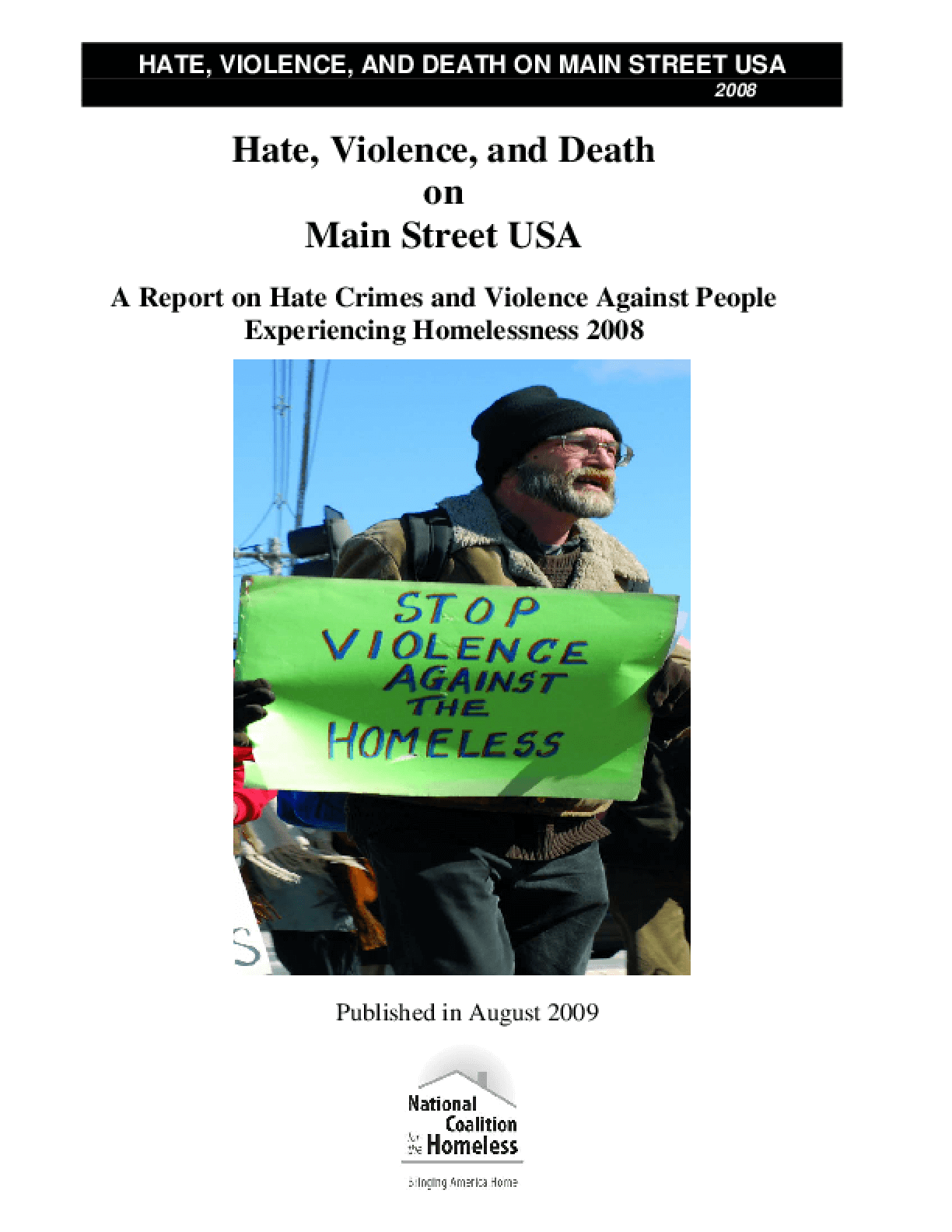