An important question to ask about any health care system is how well it serves children in low-income families. In Colorado, as in many states, there are reasons to ask that question with optimism and concern. On one hand, the proportion of eligible Colorado children enrolled in Medicaid or the Children's Health Insurance Program (CHIP) increased from 70 percent in 2008 to 84 percent in 2013. The passage of the Affordable Care Act (ACA) in 2010, the reauthorization of CHIP in 2015, and earlier Colorado policies to expand Medicaid and CHIP help protect these gains. But uncertainty exists: although Colorado expanded Medicaid and established a state-run health insurance Marketplace, Medicaid's rapid growth in the state may become politically contentious,and the Marketplace faces a challenging transition from a start-up to a sustainable entity. Moreover, CHIP is funded only through 2017 and reauthorized until 2019; there are concerns about how Colorado would cover children if CHIP were eliminated.

This issue brief was prepared as part of a small-scale qualitative study funded by the Colorado Health Foundation to convey recent policy developments, remaining unmet needs, and emerging issues in children's health care coverage and delivery, from the perspective of knowledgeable stakeholders. Issue briefs on children's health in California and Texas and a cross-state analysis are also available. 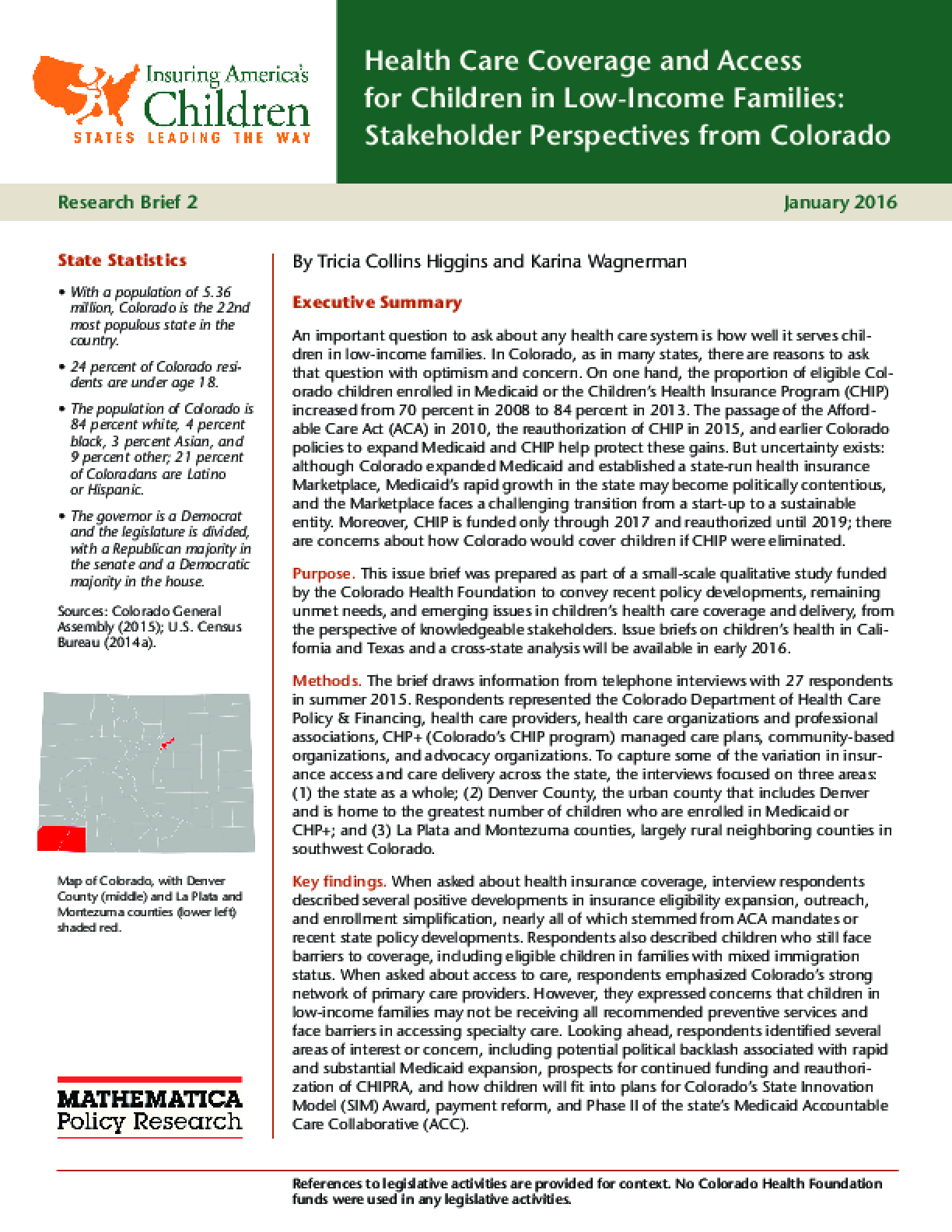