Across the country's four largest states, uninsured rates vary for adults ages 19 to 64: 12 percent of New Yorkers, 17 percent of Californians, 21 percent of Floridians, and 30 percent of Texans lacked health coverage in 2014. Differences also extend to the proportion of residents reporting problems getting needed care because of cost, which was significantly lower in New York and California compared with Florida and Texas. Similarly, lower percentages of New Yorkers and Californians reported having a medical bill problem in the past 12 months or having accrued medical debt compared with Floridians and Texans. These differences stem from a variety of factors, including whether states have expanded eligibility for Medicaid, the state's uninsured rate prior to the Affordable Care Act taking effect, differences in the cost protections provided by private health insurance, and demographics. 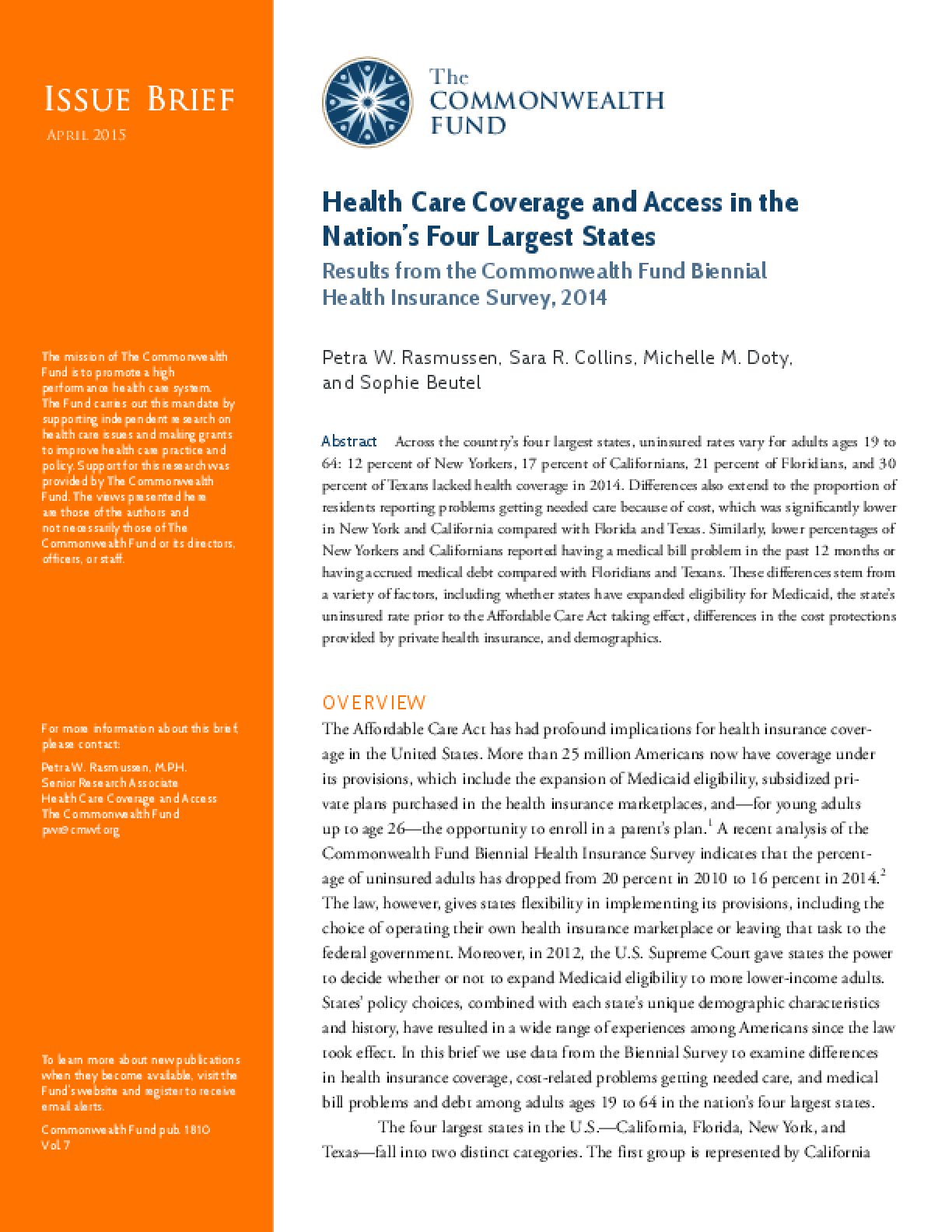