CED believes that the U.S. employer-based health insurance system is failing -- and the recently enacted health reform, the Patient Protection and Affordable Care Act (PPACA), will not reverse that dynamic. Fewer American workers have insurance now than did ten years ago; and fewer American firms are offering health insurance now than did then. Many people do without care because they are not covered, or fear -- with justification -- that one illness or the loss of a job will cost them their coverage. The competitiveness of American firms is threatened by the cost of health insurance. Public budgets at every level of government are eroded by the costs of health care, including costs that previously were paid by employers. Although the new law will create pathways to private coverage for some people who are not insured by their employers, and many others will be made eligible for Medicaid, the clear intent is to maintain employer coverage for as many as possible -- and there is precious little in the law to improve this core structure of the U.S. healthcare system. We have proposed a fundamental restructuring of the health-care system to address this crisis. With the nation having focused on this issue, we have worked to learn what the health-care system of California can teach us about national reform, and how national reform might affect California. 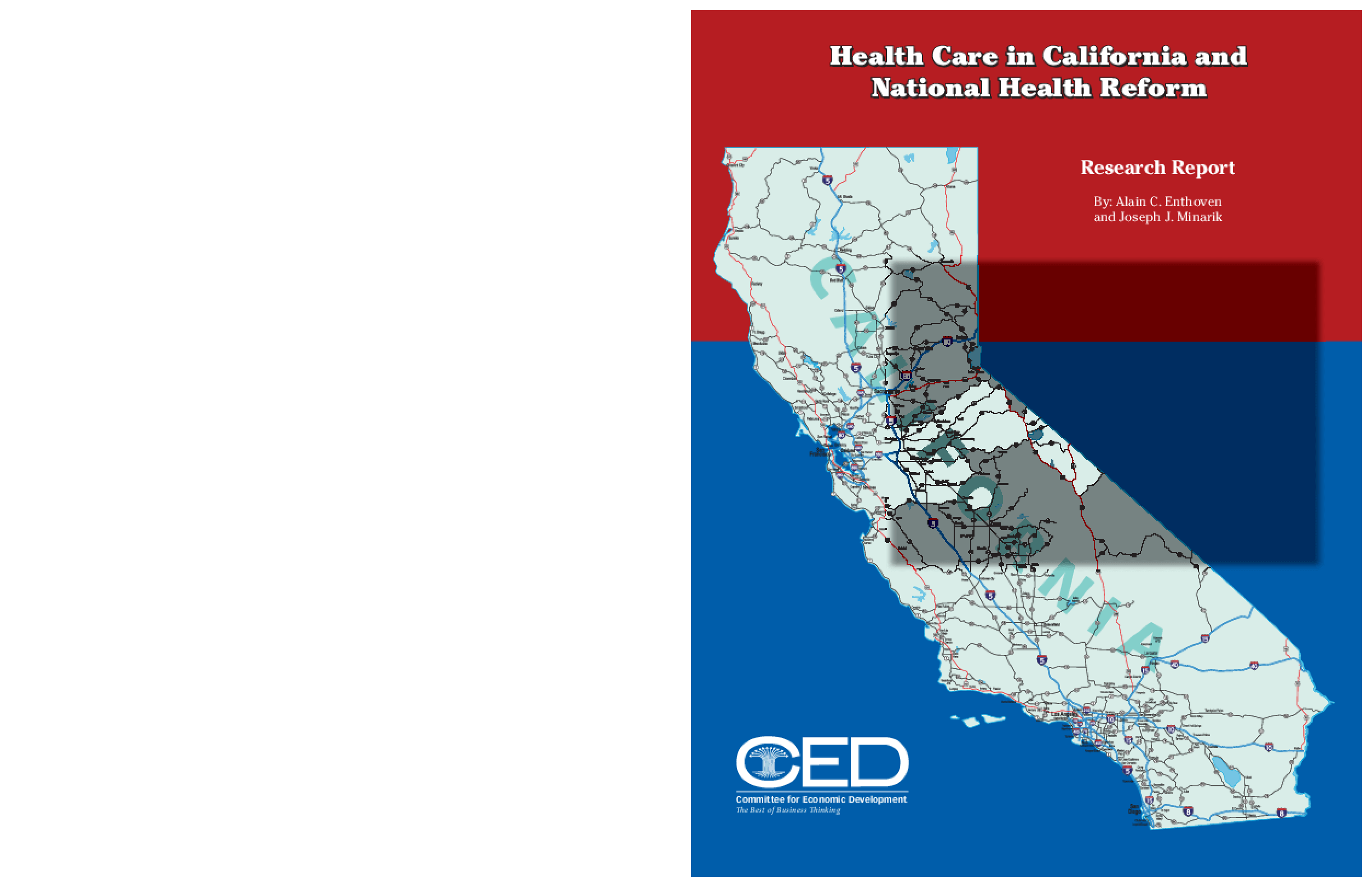