Health of Those Who Have Served Report 2016

America's Health Rankings, in partnership with MOAA, released the Health of Those Who Have Served Report to develop a holistic study of the heath of those who have served in the U.S. military compared with the health of civilians in the same age and demographic groups. The report focuses on the health of those who have ever served on active duty in the United States Armed Forces, either in regular military or in a National Guard or military reserve unit. Within the sample, the age distribution of those who have served and those who have not was adjusted to reflect the U.S. population and provide comparisons for the same age and demographic groups of both populations. The Health of Those Who Have Served Report establishes a national baseline portrait of the health of those who have ever served in active duty, analyzing 24 health measures from the Centers for Disease Control and Prevention's Behavioral Risk Factor Surveillance System (BRFSS) – the world's largest, annual population-based telephone survey of over 400,000 people. The measures include indicators of health behaviors, health outcomes and utilization of key health care services. United Health Foundation also produces the annual America's Health Rankings Annual Report and has recently expanded its reporting series to include a number of spotlight reports focused on important markers of the nation's health, including prevention and the impacts of unhealthy behaviors, and population reports on the health of seniors and the health of women and children. 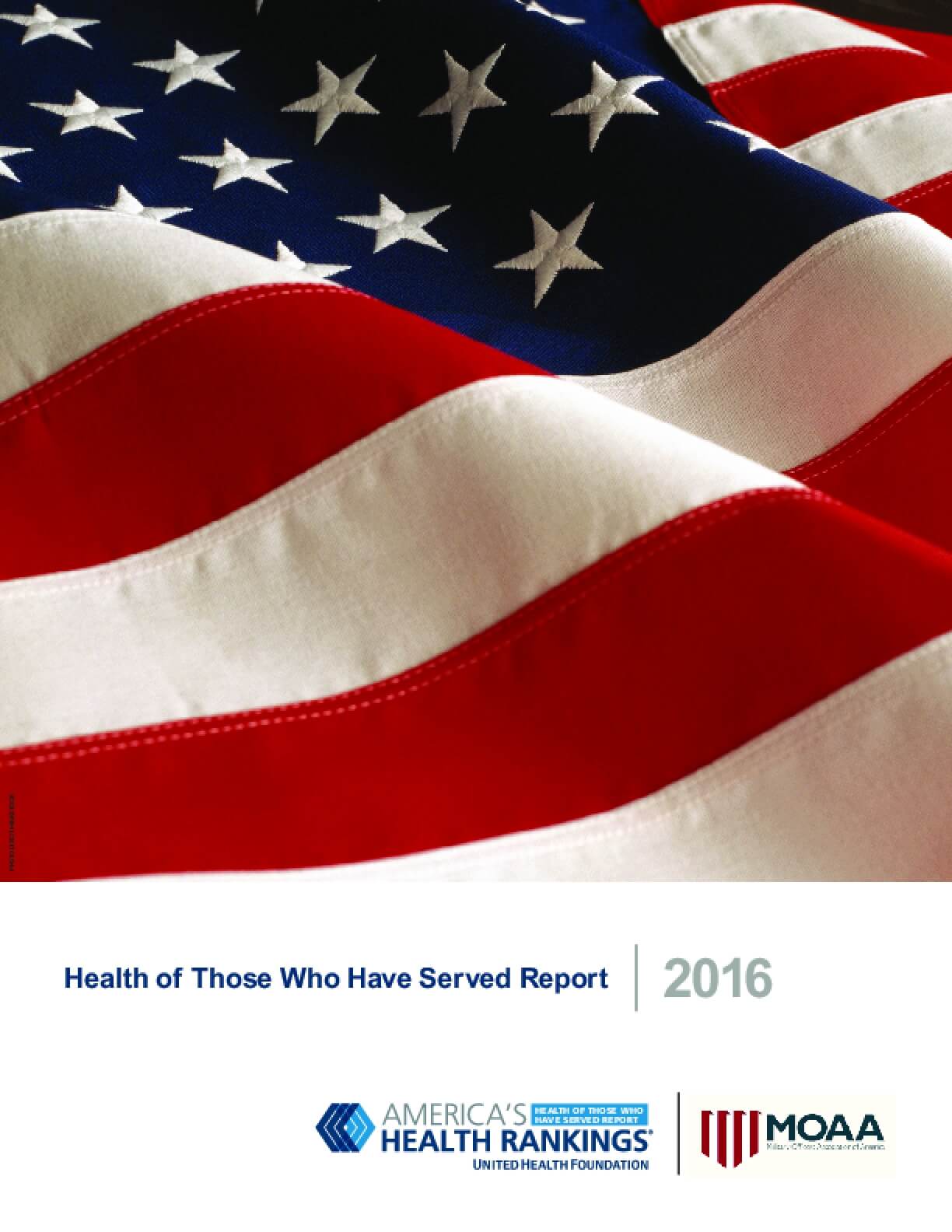