Healthcare price transparency discussions typically focus on increasing patients' access to information about their out-of-pocket costs, but that focus is too narrow and should include other audiences -- physicians, employers, health plans and policymakers -- each with distinct needs and uses for healthcare price information. Greater price transparency can reduce U.S. healthcare spending. For example, an estimated $100 billion could be saved over the next 10 years if three select interventions were undertaken. However, most of the projected savings come from making price information available to employers and physicians, according to an analysis by researchers at the former Center for Studying Health System Change (HSC). Based on the current availability and modest impact of plan-based transparency tools, requiring all private plans to provide personalized out-of-pocket price data to enrollees would reduce total health spending by an estimated $18 billion over the next decade. While $18 billion is a substantial dollar amount, it is less than a tenth of a percent of the $40 trillion in total projected health spending over the same period. In contrast, using state all-payer claims databases to gather and report hospital-specific prices might reduce spending by an estimated $61 billion over 10 years. The effects of price transparency depend critically on the intended audience, the decision-making context and how prices are presented. And the impact of price transparency can be greatly amplified if target audiences are able and motivated to act on the information. Simply providing prices is insufficient to control spending without other shifts in healthcare financing, including changes in benefit design to make patients more sensitive to price differences among providers and alternative treatments. Other reforms that can amplify the impact of price transparency include shifting from fee-for-service payments that reward providers for volume to payment methods that put providers at risk for spending for episodes of care or defined patient populations. While price transparency alone seems unlikely to transform the healthcare system, it can play a needed role in enabling effective reforms in value-based benefit design and provider payment. 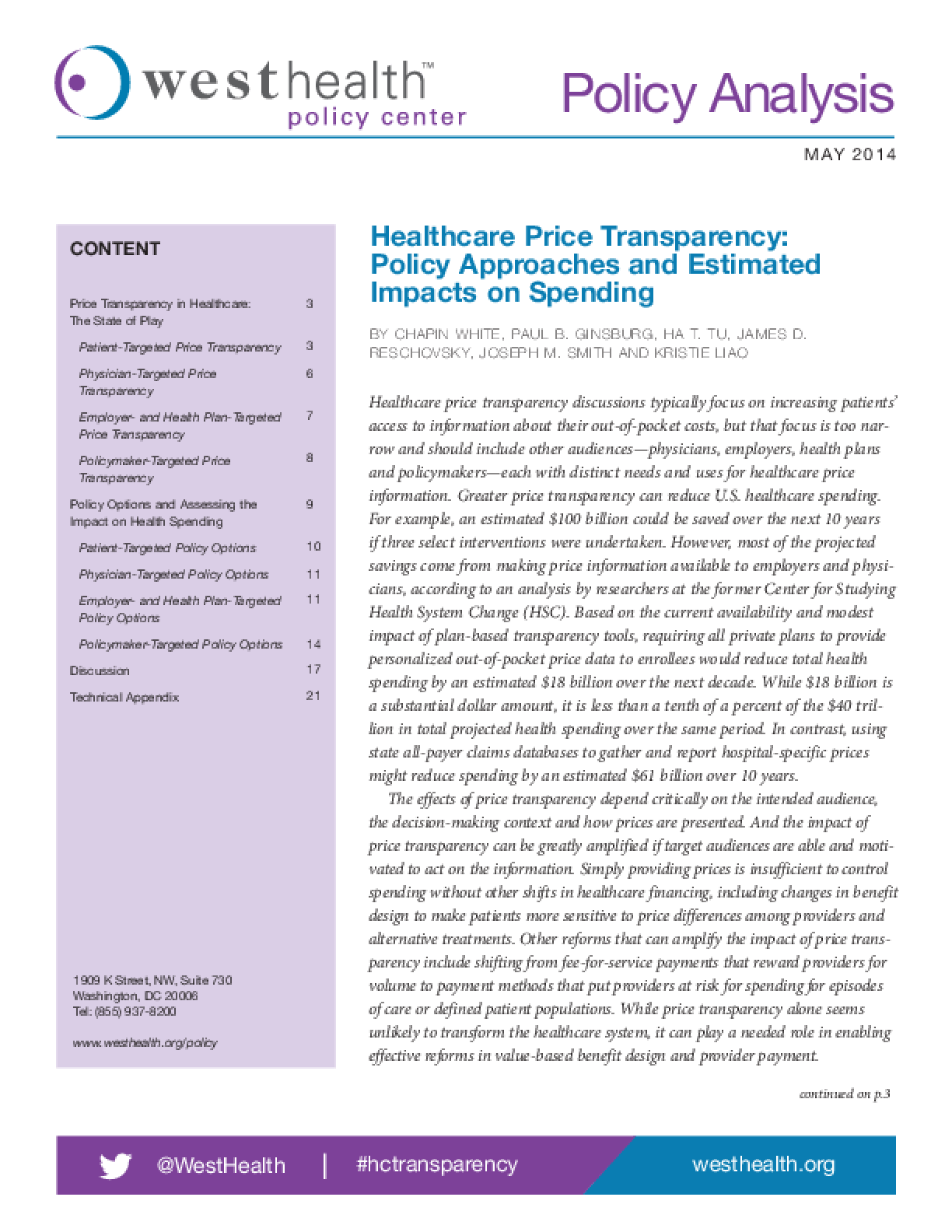