Progress in removing explicit racism from law enforcement has clearly been made since the civil rights era, when Ku Klux Klan–affiliated officers were far too common. But, as Georgetown University law professor Vida B. Johnson argues, "The system can never achieve its purported goal of fairness while white supremacists continue to hide within police departments." Trust in the police remains low among people of color, who are often victims of police violence and abuse and are disproportionately underserved as victims of crime. The failure of law enforcement to adequately respond to racist violence and hate crimes or properly police white supremacist riots in cities across the United States over the last several years has left many Americans concerned that bias in law enforcement is pervasive. This report examines the law enforcement response to racist behavior, white supremacy, and far-right militancy within the ranks and recommends policy solutions to inform a more effective response. 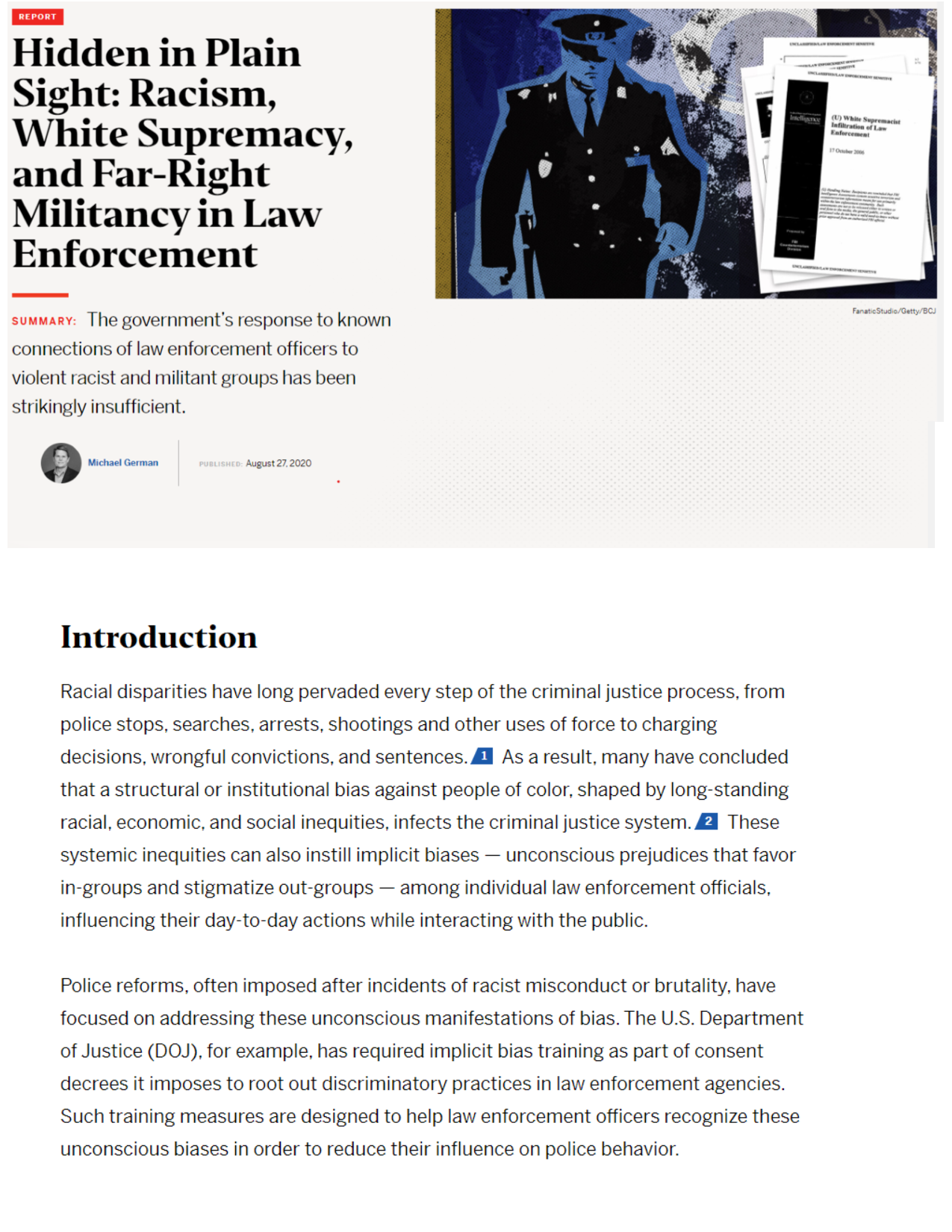