Hill Physicians Medical Group—Northern California's largest independent practice association (IPA)—joined local hospitals and commercial health plans in forming four separate accountable care organizations (ACOs) aimed at improving quality, reducing fragmentation, and lowering the cost of care as a means of retaining business. This profile focuses on the first and largest ACO, which was established in January 2010 to reduce premiums for 41,000 public sector employees and retirees covered by the California Public Employees' Retirement System (CalPERS). The ACO has decreased hospital use and permember per-month spending in its first three years, resulting in $59 million in savings to CalPERS or $480 per member per year. Leaders credit success to developing a mutual understanding of one another's strengths and challenges, which was a prerequisite for improving care coordination, increasing patient education, and reducing unwarranted variations in care. 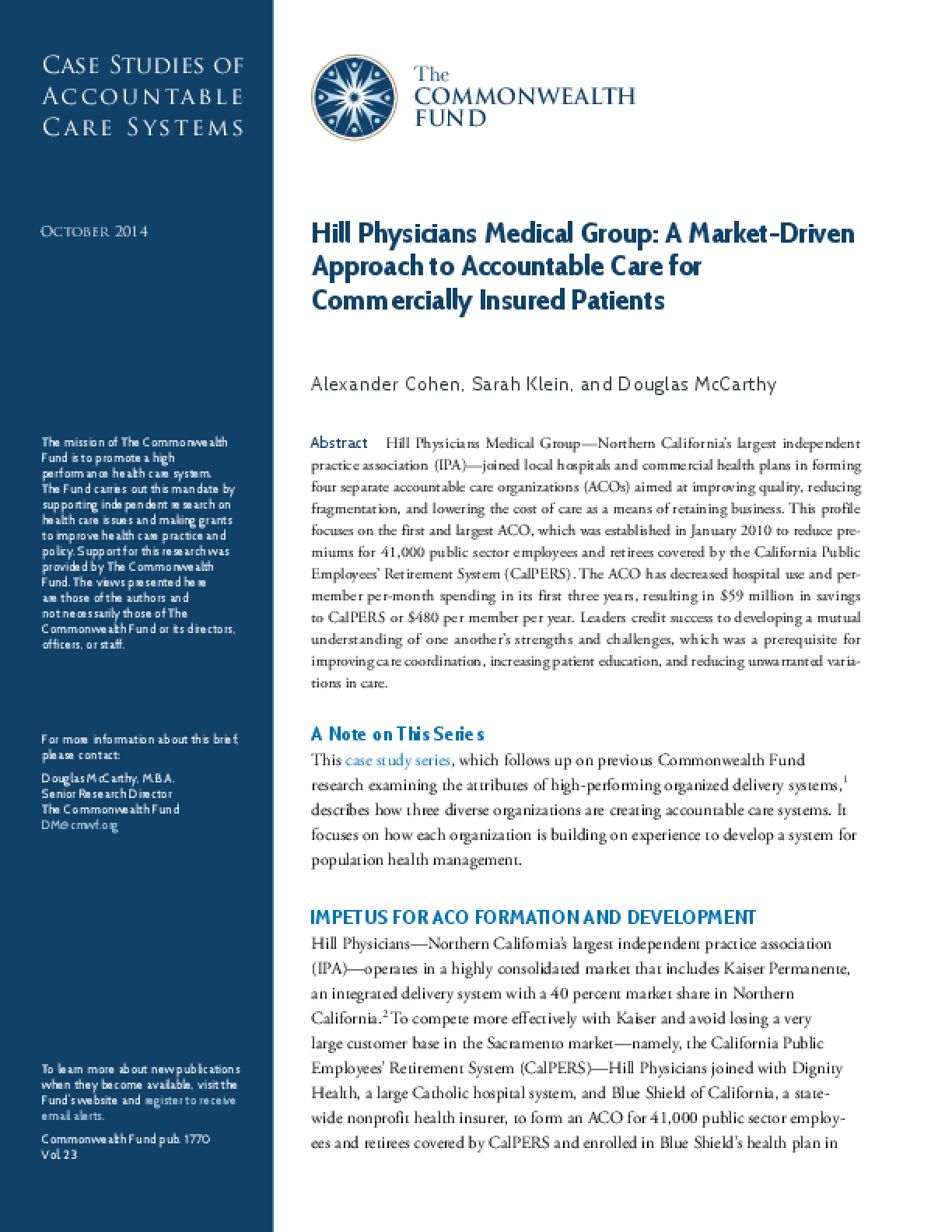