According to a 2005 American Community Survey by the United States Census Bureau, 9.9 % of the nation's citizens 65 and older live below the poverty line. Among this growing population of older adults living in poverty are people forced to grow old in the streets and in shelters, elderly persons who have recently become homeless or who remain at constant risk of losing housing. The number of elderly adults who have become homeless has increased around the county. An example of this increase has occurred in Massachusetts, where from 1999 to 2002, the number of people over 55 using shelters increased by 60% (HEARTH, 2007). 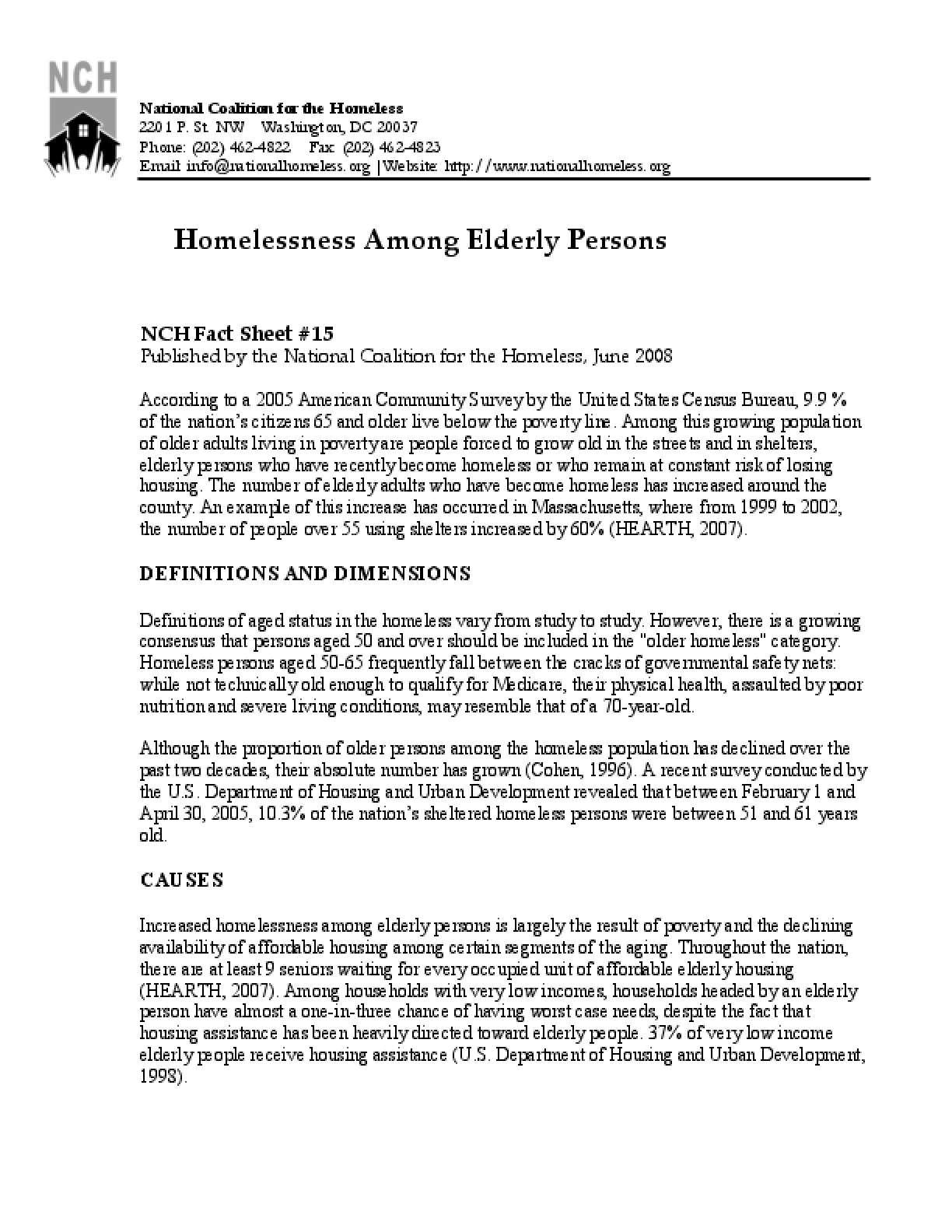