Horn of Contention: A Review of Literature on the Economics of Trade in Rhino Horn

Poaching of rhinos in Southern Africa, home to the majority of the world's rhino population, has increased dramatically in recent years. From a relatively steady average of 14 animals per year between 1990 and 2005, 448 animals were killed in 2011 (Milliken & Shaw, 2012) and 668 animals have already been killed in 2013.

Many of the factors driving this increase are economic. Surging prices for rhino horn is clearly one of them. While reliable data is scarce, reports suggest prices in the early 1990s ranged between $USD250-800/kg (Milliken & Shaw, 2012,p88) but have now reached levels many times this, with prices of $60,000-70,000/kg being widely reported in international media. Other economic factors include the poverty of parts of rural South Africa and other range states, insufficient budgets for protected area management and rising incomes in consumer countries, particularly Vietnam.

There is currently considerable debate within policy circles and the conservation movement as to the best policy response to these increases. Because so many factors driving the poaching and illegal trade in rhino horn are economic, many stakeholders are looking to economics for potential policy responses. In particular, there are suggestions that a legalised, heavily regulated trade in rhino horn could reduce rates of illegal poaching.

All trade in rhino horn is currently illegal under the Convention on International Trade in Endangered Species (CITES). Pro-trade advocates are lobbying for the government of South Africa to propose to end the trade ban at the next CITES general meeting in 2016.

This report is a review of influential papers relating to the economics of rhino poaching and endangered species markets drawn from academic literature, self published articles, interest group journals and the mainstream media. 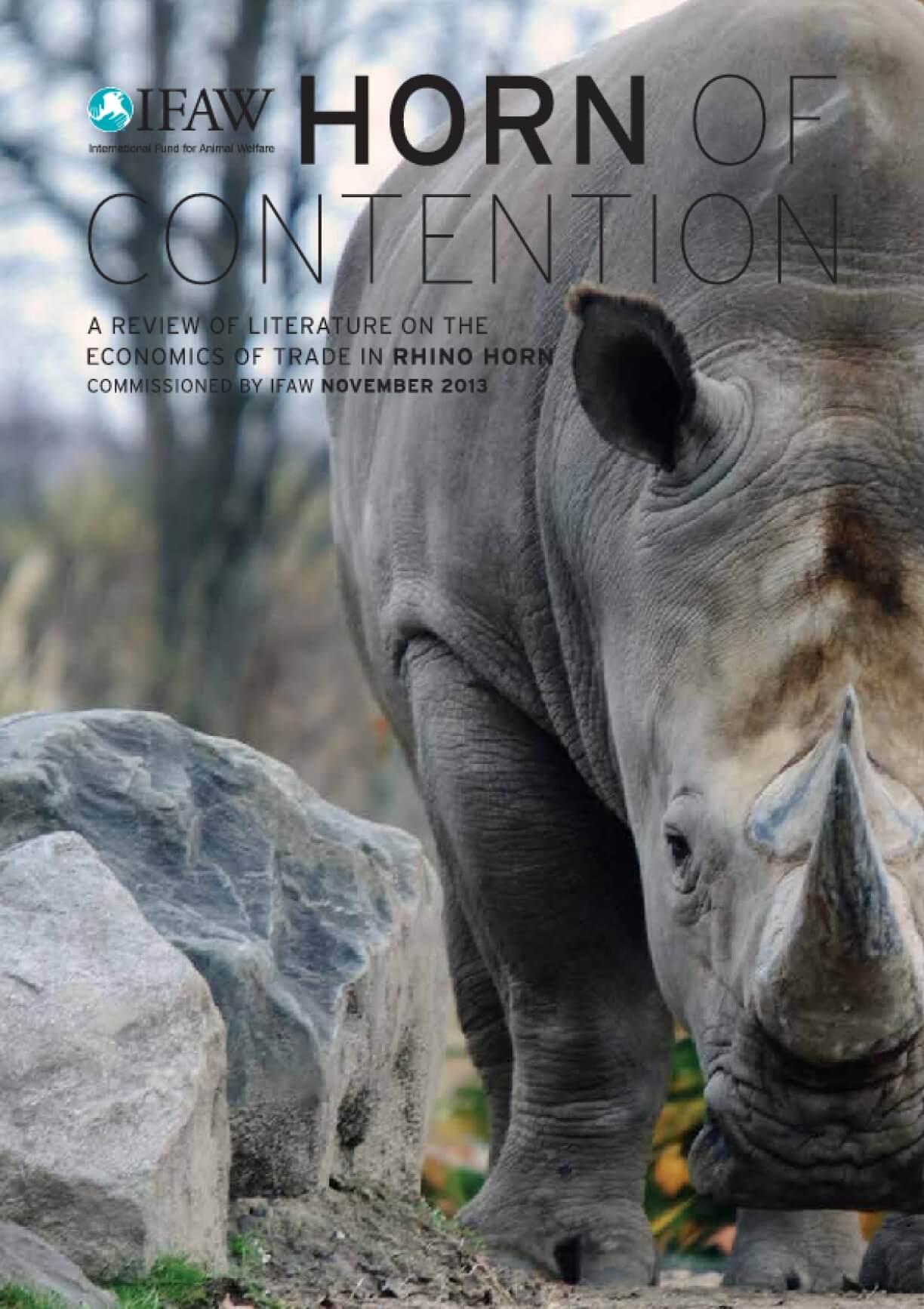