"Housing and Public Safety," one of four briefs, finds that increased availability of quality, affordable or supportive housing is associated with public safety benefits. The release of this brief corresponds with concerns about the U.S. housing market and economic stability. Key findings from "Housing and Public Safety" include: Some studies found that substandard housing -- particularly where exposure to lead hazards is more likely to occur -- is associated with higher violent crime rates. Studies have shown that exposure to lead -- associated with older, deteriorated and lower-quality housing -- can result in increased delinquency, violence and crime. For populations who are the most at-risk for criminal justice system involvement, supportive or affordable housing has been shown to be a cost effective public investment, lowering corrections and jail expenditures, thus freeing up funds for other pubic safety investments. Additionally, providing affordable or supportive housing to people leaving correctional facilities is an effective means of reducing the chance of future incarceration. States that spent more on housing experienced lower incarceration rates than those states that spent less. Of the 10 states that spent the larger proportion of their total expenditures on housing, all 10 had incarceration rates lower than the national average. Of the 10 states that spent the smaller proportion of their total expenditures on housing, five states had incarceration rates above the national average (with two states having incarceration rates just below the national average). 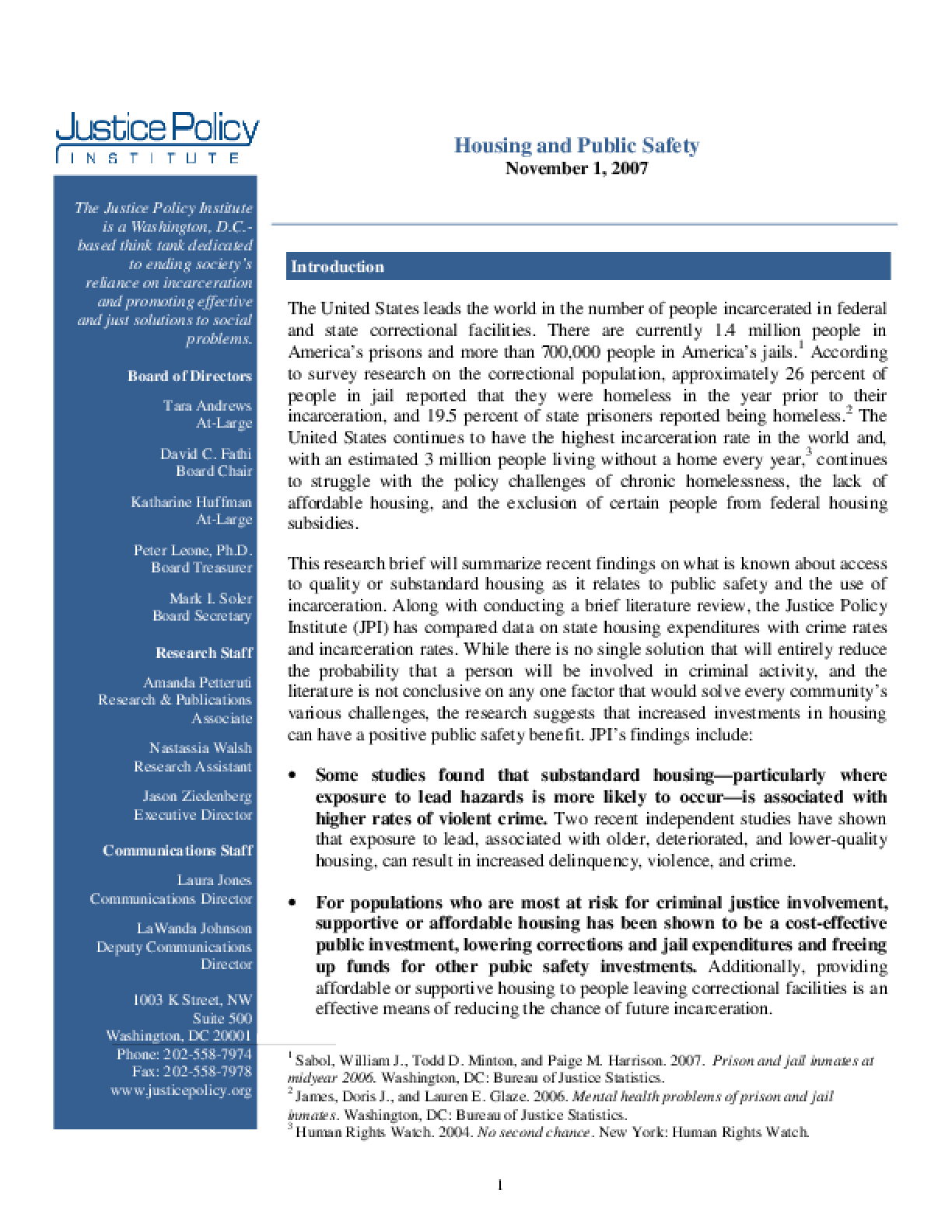