Housing Justice: What the Experts are Saying on New Yorkers' Right to Counsel in Eviction Proceedings

There is growing momentum for establishing a right to counsel in New York City for low-income people who face losing their homes in legal proceedings. The Right to Counsel NYC Coalition formed in 2014 to advocate for the right to counsel and its ranks have been steadily growing. New York City's political leadership has been outspoken on the importance of counsel in eviction proceedings and is taking major concrete steps to expand the availability of counsel. These include greatly increased funding for civil legal services and the City Council's passage, on May 27, 2015, of Intro 736, which establishes a first-ever Office of the Civil Justice Coordinator. Most importantly, the New York City Council and the de Blasio Administration are considering legislation that would make New York City the first jurisdiction in the United States to establish a right to counsel for low income people who face losing their homes in legal proceedings. The legislation, Intro 214, introduced by Councilmembers Mark Levine and Vanessa Gibson and co-sponsored by a wide majority of the members of the Council, would (with anticipated amendments) guarantee counsel to households below 200% of federal poverty guidelines in both eviction and foreclosure proceedings. 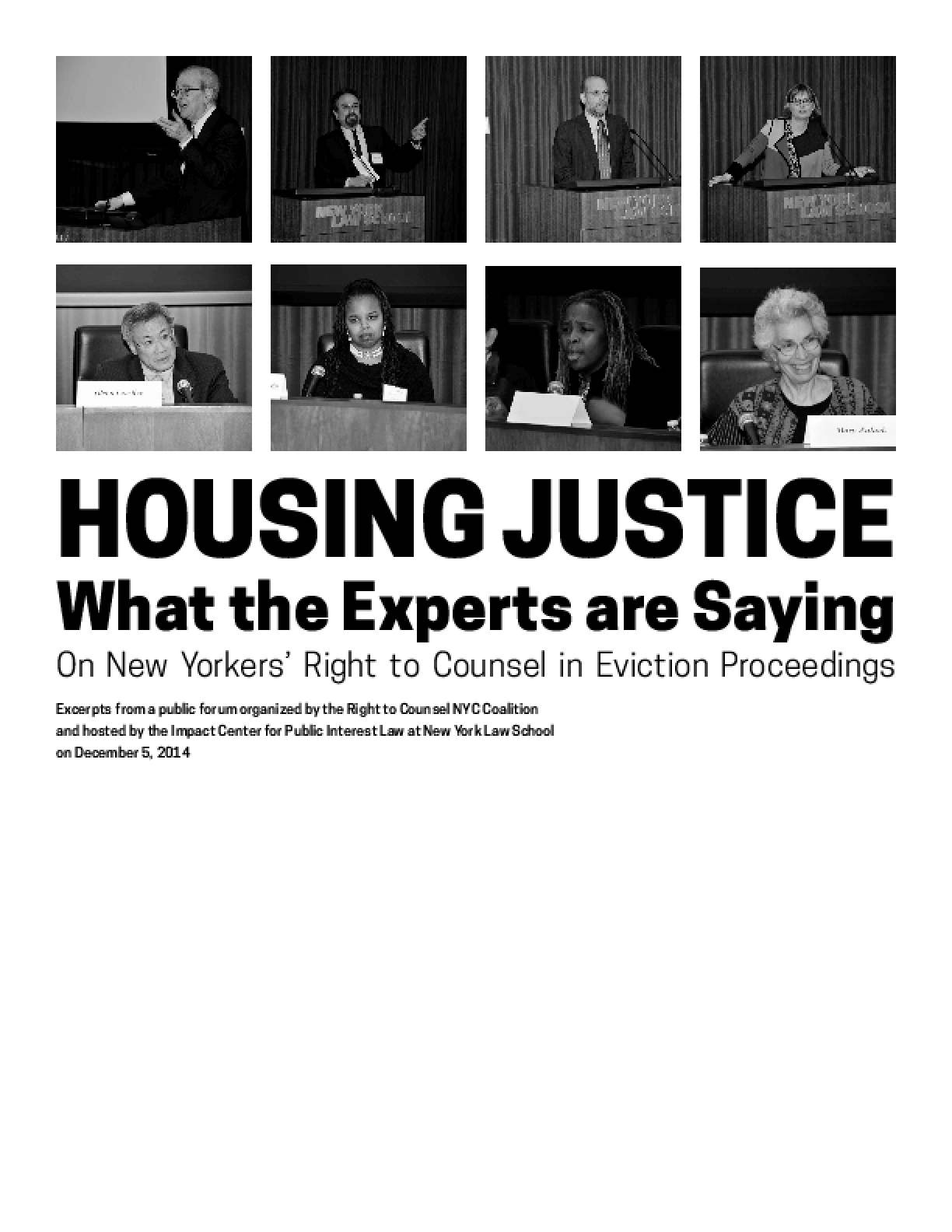