How Are Women Doing in Omaha

Women are consistently more likely to have incomes below the poverty line, according to a 2013 study by the Women's Fund of Omaha on "How Women Are Doing in Omaha." The report reveals that 11% of the population reported income below the poverty level, and women accounted for 57% of this total. The poverty rate for African Americans was nearly four times that of white respondents. 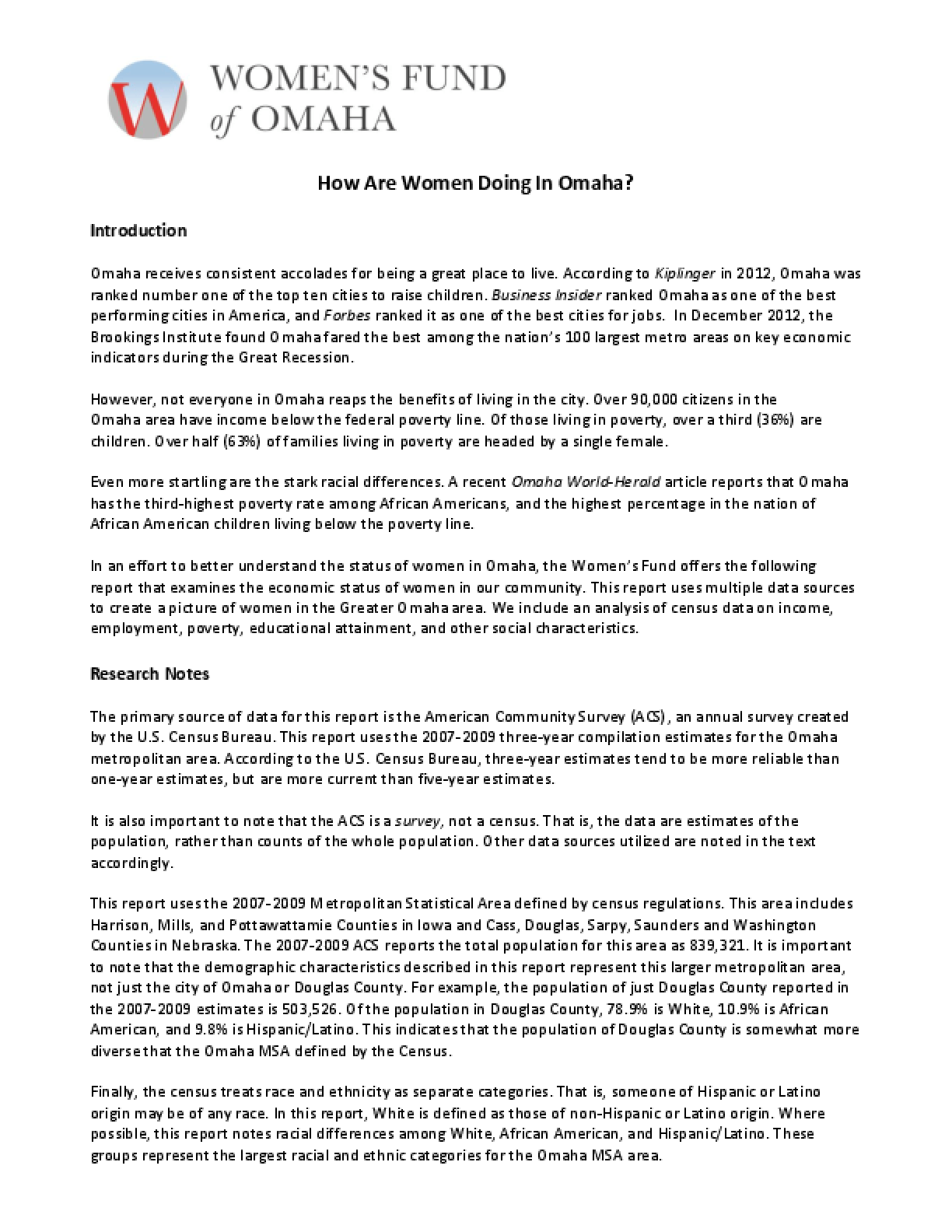