How Boston and Other American Cities Support and Sustain the Arts: Funding for Cultural Nonprofits in Boston and 10 Other Metropolitan Centers

A new study commissioned by the Boston Foundation on how Boston and comparable cities support the arts shows that only New York City has higher per capita contributed revenue for the art than Boston, among major American cities.

The study, titled "How Boston and Other American Cities Support and Sustain the Arts: Funding for Cultural Nonprofits in Boston and 10 Other Metropolitan Cities," also examined Baltimore, Chicago, Cleveland, Houston, Minneapolis-St. Paul, Philadelphia, Portland Oregon, San Francisco, and Seattle. "How Boston" is a follow-up of sorts to a 2003 Boston Foundation report titled, "Funding for Cultural Organizations in Boston and Nine Other Metropolitan Areas."

Key findings of this study, regarding Boston, include the fact that Boston's arts market is quite densely populated. While Greater Boston is the nation's 10th largest metro area and ranks ninth for total Gross Domestic Product, its non-profit arts market, which consists of more than 1,500 organizations, is comparable to that of New York and San Francisco, and consistently surpasses large cities such as Houston, Chicago and Philadelphia, in terms of the number of organizations and their per capita expenses. 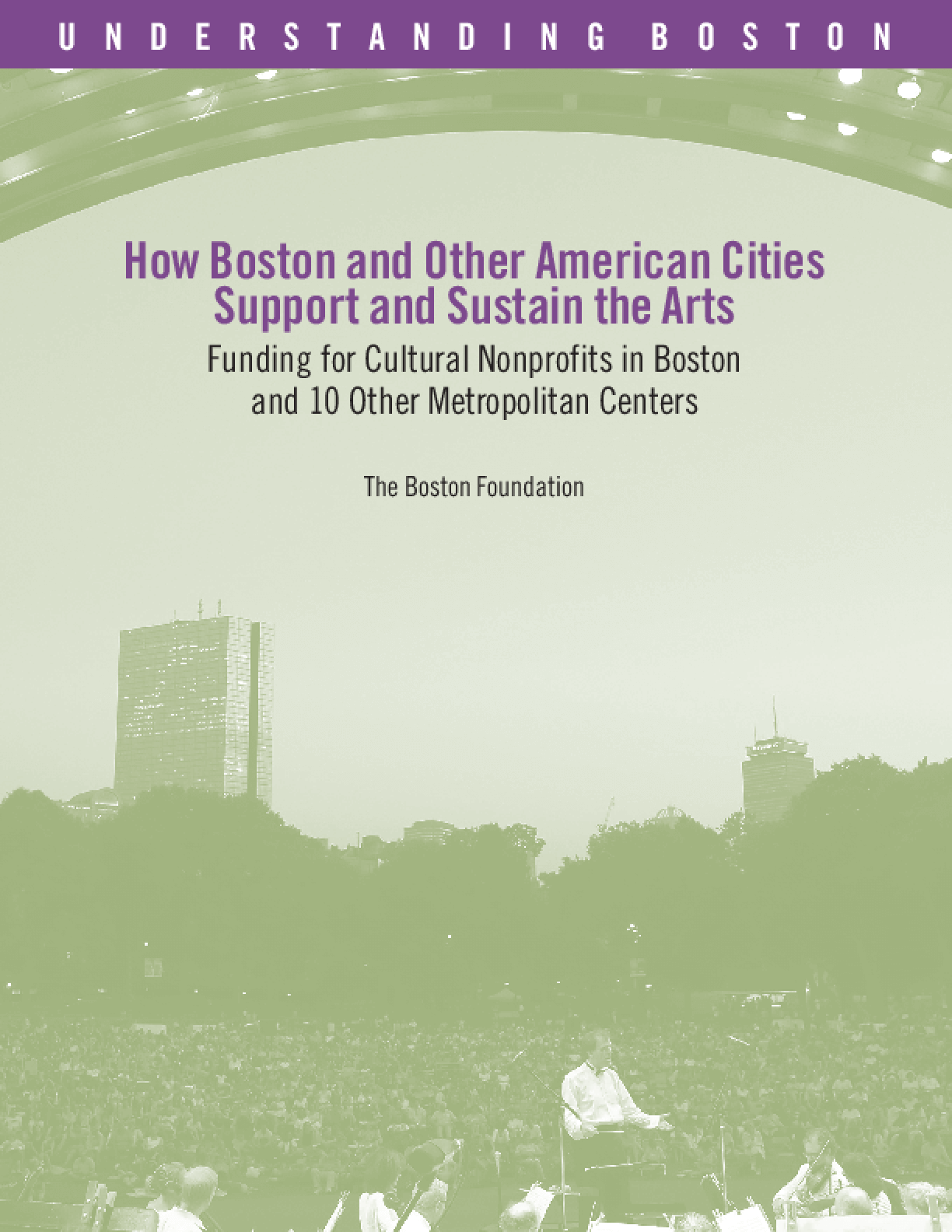