Chicago has long dominated the national discourse about urban poverty in general and public housing in particular, and the policy changes that affect Chicago tend to have repercussions for national policy. The Chicago Housing Authority's1999 Plan for Transformation sought to undo the mistakes of decades of federal policy that had left Chicago and too many other cities blighted by large, decaying public housing properties. Although other cities like Atlanta and San Francisco followed suit, the CHA's Plan was the first -- and largest -- citywide public housing transformation initiative, representing an enormous investment of public and private resources. In many respects, the CHA's story shows the potential of public housing transformation: attractive new developments, better quality of life for most residents, and a better-functioning housing authority. However, the CHA's story also raises cautions about the limitations and the potential risks of this bold -- and costly -- approach and about what else it will take to help address the problems of deep poverty that keep too many public housing families from moving toward self-sufficiency. 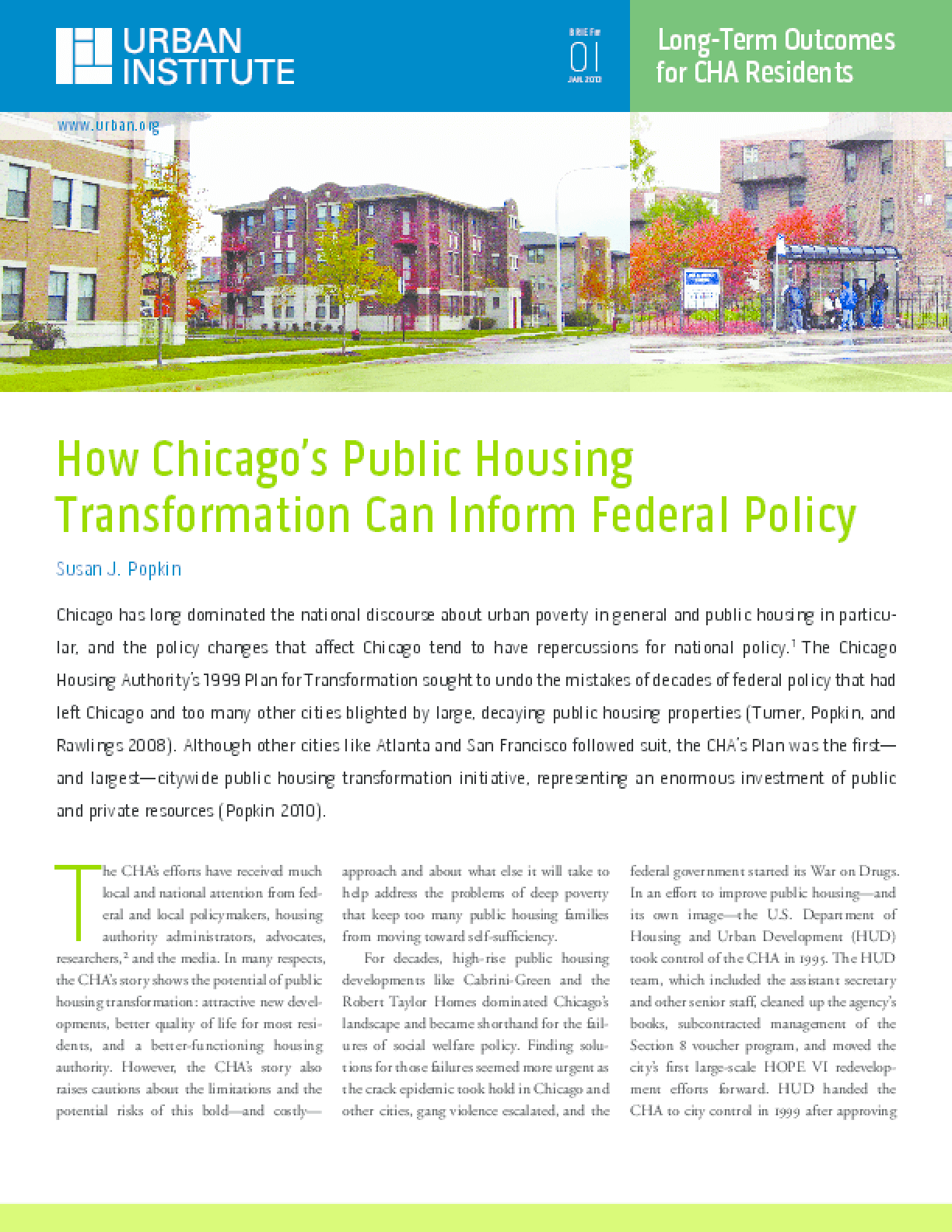