This paper examines how civil society organizations (CSOs) have taken advantage of the increased opportunities created by decentralization to influence the role and functions of local administrations in urban areas of Indonesia. The paper utilizes evidence from two cities in Central Java where policies were passed that expanded health insurance coverage for the poor: Semarang (pop. 1.5 million) and Pekalongan (pop. 300,000). The paper argues that CSOs are increasingly able to influence local policy outcomes -- regardless of the leadership qualities among elected officials -- by working politically. We describe the political context of each city, which varies greatly. We provide evidence of how pro-poor advocates expanded their capital by identifying allies, building coalitions and taking advantage of critical junctures in order to influence social policy. We demonstrate how developing constituent interest in public policy has helped CSOs hold government accountable to the poor. We present a fiscal analysis of municipal revenue and spending produced by CSO partners, which illustrates both the challenges of increasing allocations, as well as the outcomes in terms of expanded coverage of health services. In conclusion, we offer implications for development programming going forward. 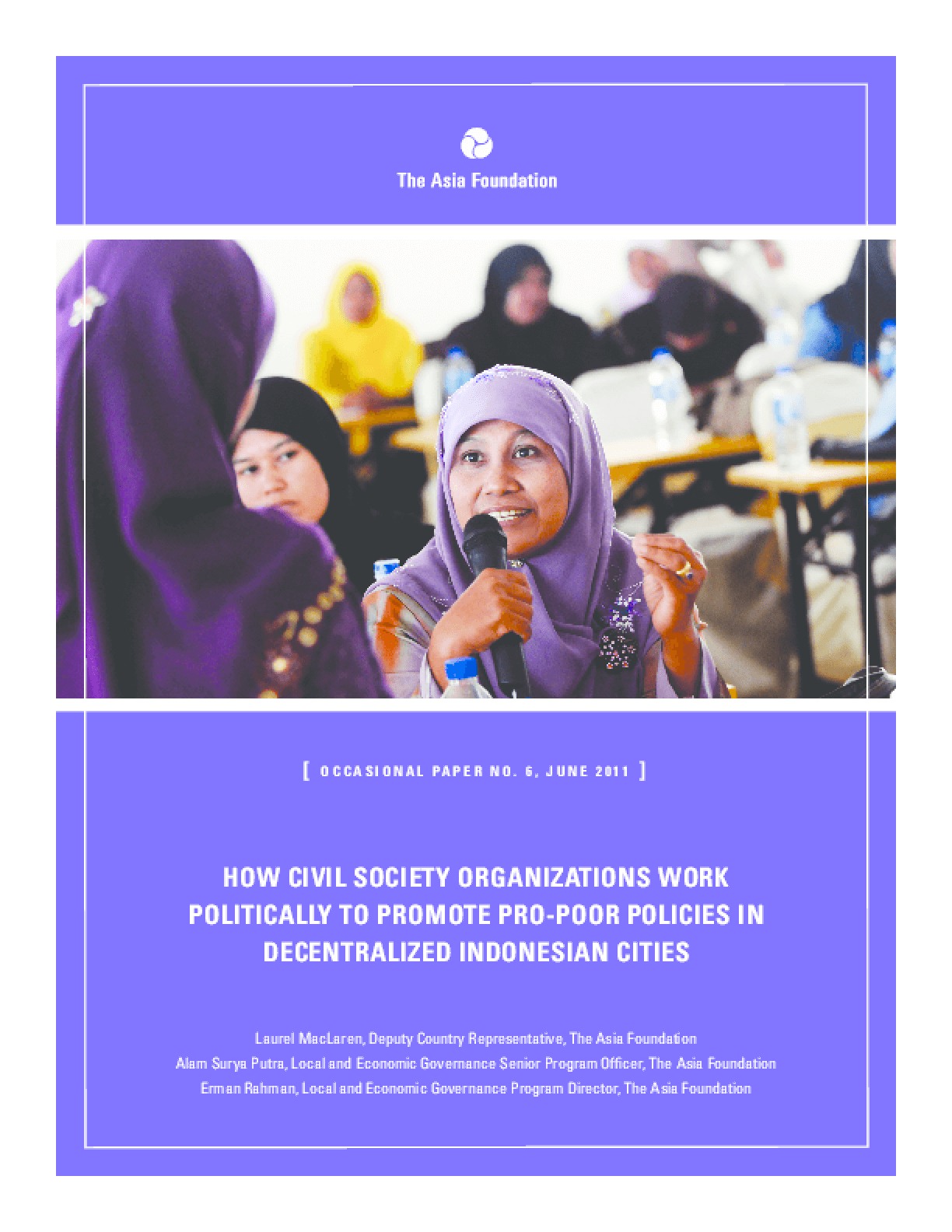