On behalf of the MacArthur Foundation, Hart Research Associates undertook a comprehensive research study to explore the role that housing plays in Americans' lives and to inform the policy discourse on housing in America. This research, which began in November 2012 and continued through March 2013, employed both quantitative and qualitative methodologies. For the quantitative component, a nationwide telephone survey was conducted from February 27 to March 10, 2013 among 1,433 adults (including 240 cell-phone only adults). The sample included oversamples of African Americans (for a total of 226), Hispanics (total of 226), and renters (total of 436). To ensure an accurate representation of adults nationwide, slight weights were applied to bring the oversamples in line with their proper proportions in the overall population. The margin of error is +/-2.8 percentage points in the full survey sample and is higher among subgroups. The survey design was informed by 10 focus groups conducted in November and December 2012 to explore potential survey topics and to give Americans an opportunity to express their views in their own words. Seven in-person focus groups were conducted among various segments of the general population, including two groups in Nashville, Tennessee, two in Riverside, California, and three in Philadelphia, Pennsylvania. Four of these groups comprised renters and owners living in tenuous housing situations, while the remaining three were segmented by age to represent a cross section of younger, middle-aged, and older adults. Three telephone focus groups also were conducted among public policy experts and social service practitioners: one among public policy experts in fields adjacent to housing, such as education, workforce development, and poverty, one group among housing policy experts; and one group among education leaders and executives of community-based organizations providing social services such as health care, food assistance, and employment resources. 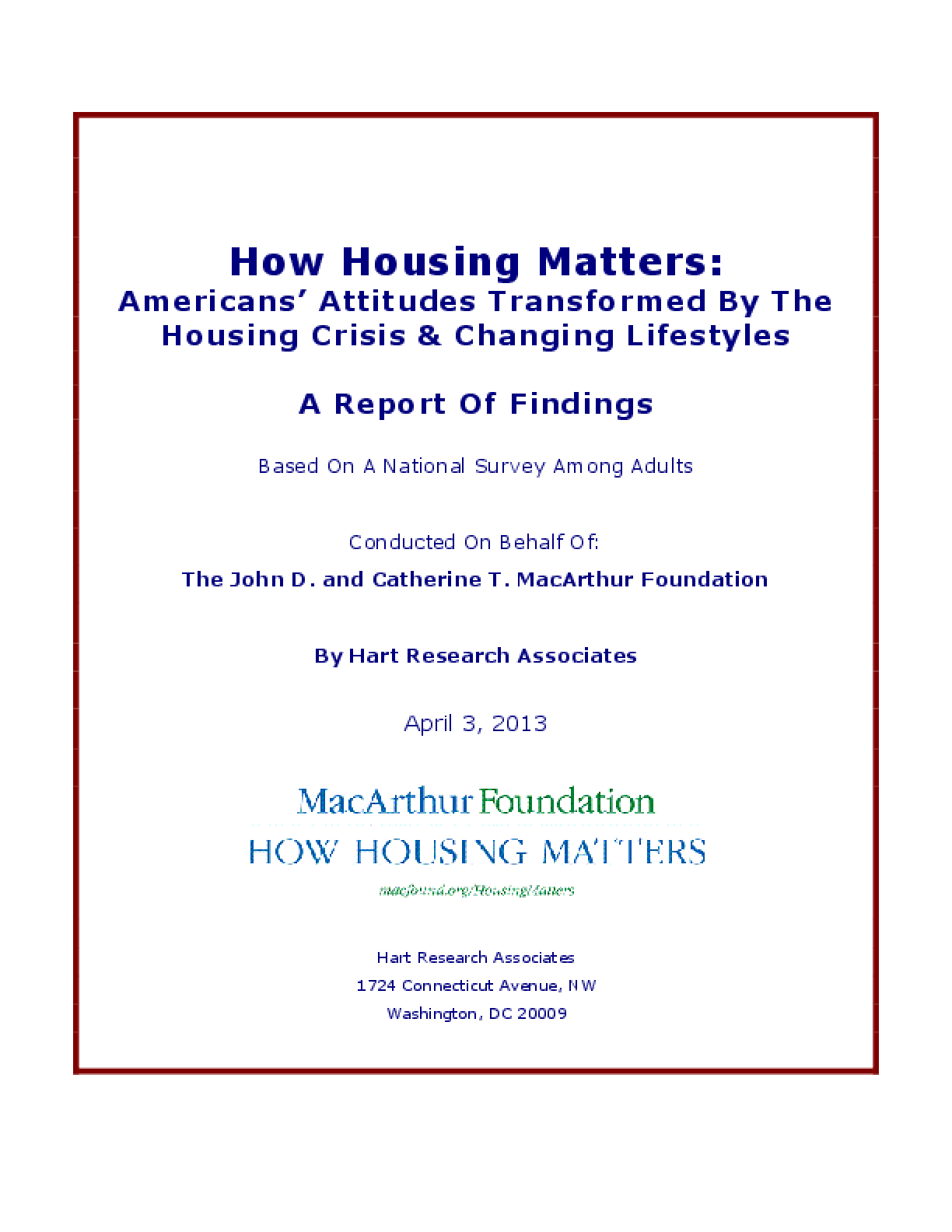