A significant majority of Americans believes the country is still not past the housing crisis that began seven years ago, according to a new survey of housing attitudes released today by MacArthur. Despite some improvement in their view of the housing situation nationally, the enduring sense of the housing market under pressure is reflected in the public feeling more worried and concerned than hopeful and confident about what the future holds for the country. Americans believe it is harder than it used to be to attain a secure middle-class lifestyle and significantly more likely for a family to fall from the middle class than to join it. This survey is the third annual national survey of housing attitudes conducted by Hart Research Associates and commissioned by the MacArthur Foundation. Hart Research Associates interviewed 1401 adults, including landlines and cell phones, between April 27 and May 5. 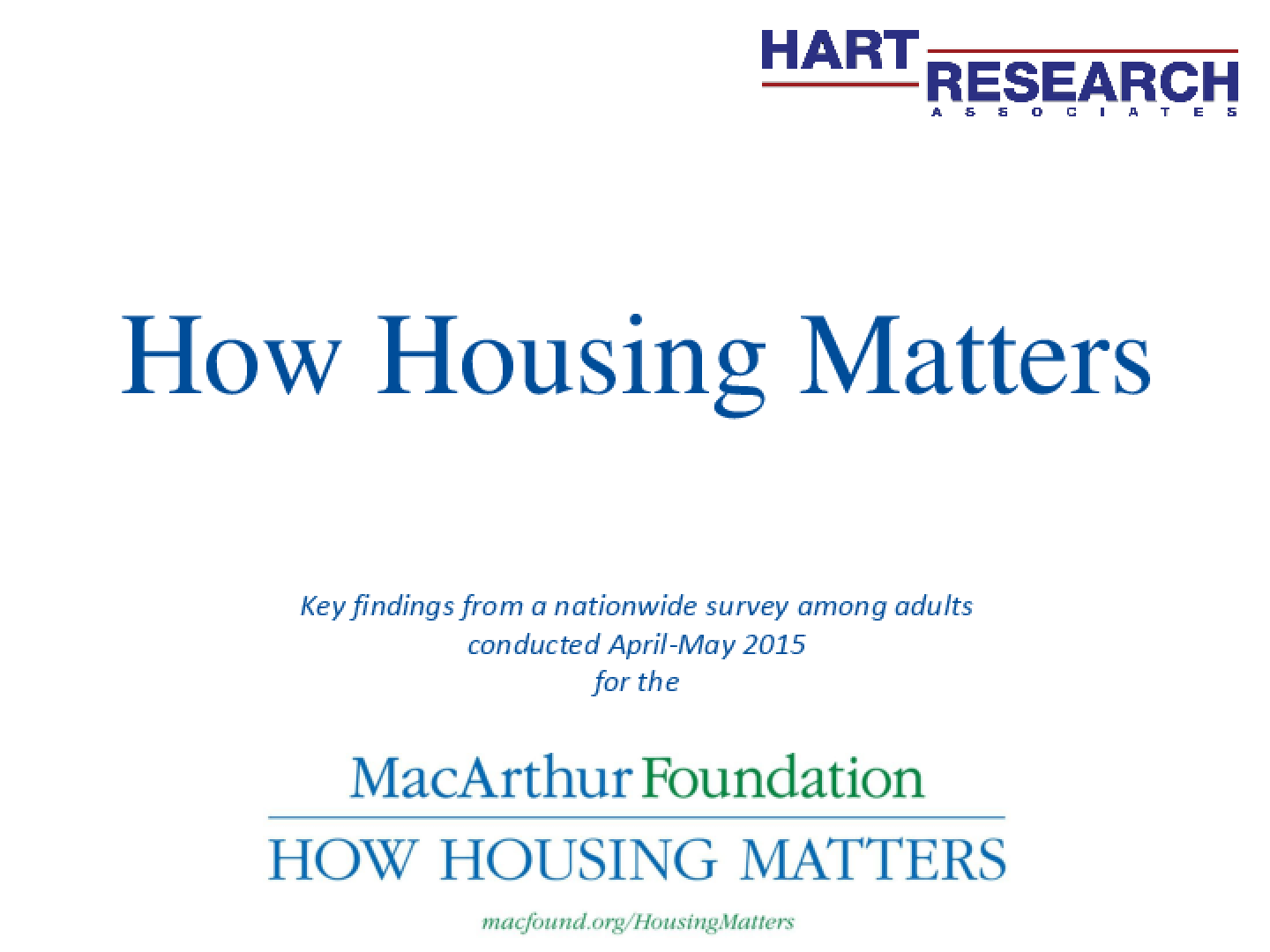