How Many Adults Identify as Transgender in the United States?

In 2011, Gary J. Gates utilized two state-level population-based surveys that collected data from 2003 in California and from 2007 and 2009 in Massachusetts to estimate that 0.3% of the U.S. adult population, roughly 700,000 adults, identified as transgender. Since then, more state-level data sources have emerged that allow us to utilize an estimation procedure that would not have been possible with the limited data available in 2011. Compared to the data used in Gates' study, these new data sources provide more recent data (2014), larger sample sizes, and more detailed information about respondents. This allows for the development of more recent, detailed, and statistically robust estimates of the percentage and number of adults in the United States who identify as transgender. 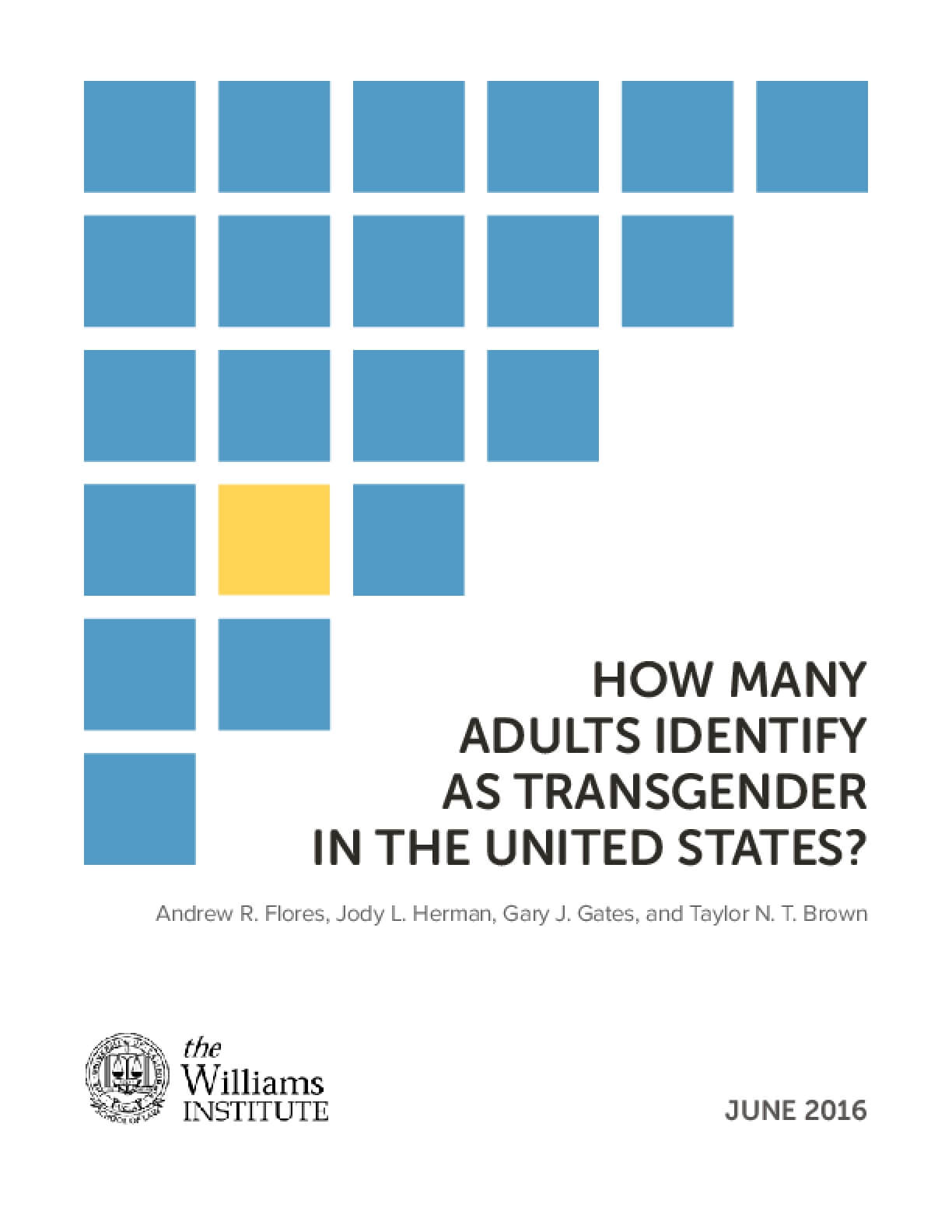