How Many of the Uninsured Can Purchase a Marketplace Plan for Less than Their Shared Responsibility Penalty?

The Affordable Care Act (ACA) has expanded health insurance coverage by offering both penalties and incentives. The ACA expanded eligibility for Medicaid, and low and middle-income households who earn too much to qualify can purchase subsidized coverage on the health insurance marketplaces using premium assistance tax credits. Individuals, who do not obtain coverage, are subject to a tax penalty under the law's individual mandate unless they meet certain exemptions. While the percent of the population without health coverage has decreased substantially since the major coverage expansion in the ACA, about 10% of the population is still uninsured. Some of those who remain uninsured are eligible for premium subsidies large enough to cover the entire cost of a bronze plan, which is the minimum level of coverage people can buy to satisfy the individual mandate. Others could obtain coverage, after taking into account premium subsidies, for less than the penalty they would have to pay under the individual mandate. This analysis looks at the non-elderly uninsured eligible to enroll in a marketplace plan to determine how many of them would be financially better off enrolling in coverage than paying the penalty. 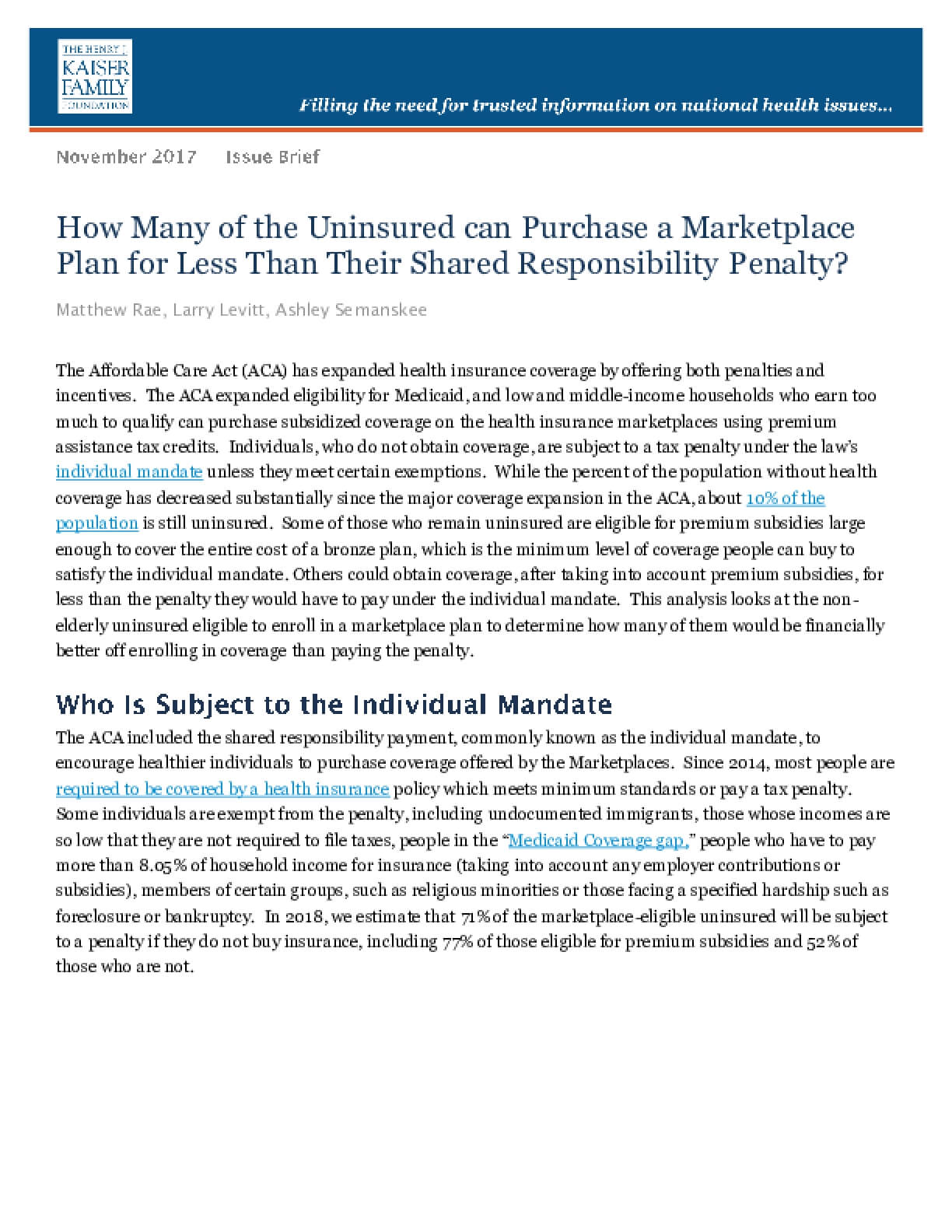