Issue: The number of Americans insured by Medicaid has climbed to more than 70 million, with an estimated 12 million gaining coverage under the Affordable Care Act's Medicaid expansion. Still, some policymakers have questioned whether Medicaid coverage actually improves access to care, quality of care, or financial protection. Goals: To compare the experiences of working-age adults who were either: covered all year by private employer or individual insurance; covered by Medicaid for the full year; or uninsured for some time during the year. Method: Analysis of the Commonwealth Fund Biennial Health Insurance Survey, 2016. Findings and Conclusions: The level of access to health care that Medicaid coverage provides is comparable to that afforded by private insurance. Adults with Medicaid coverage reported better care experiences than those who had been uninsured during the year. Medicaid enrollees have fewer problems paying medical bills than either the privately insured or the uninsured. 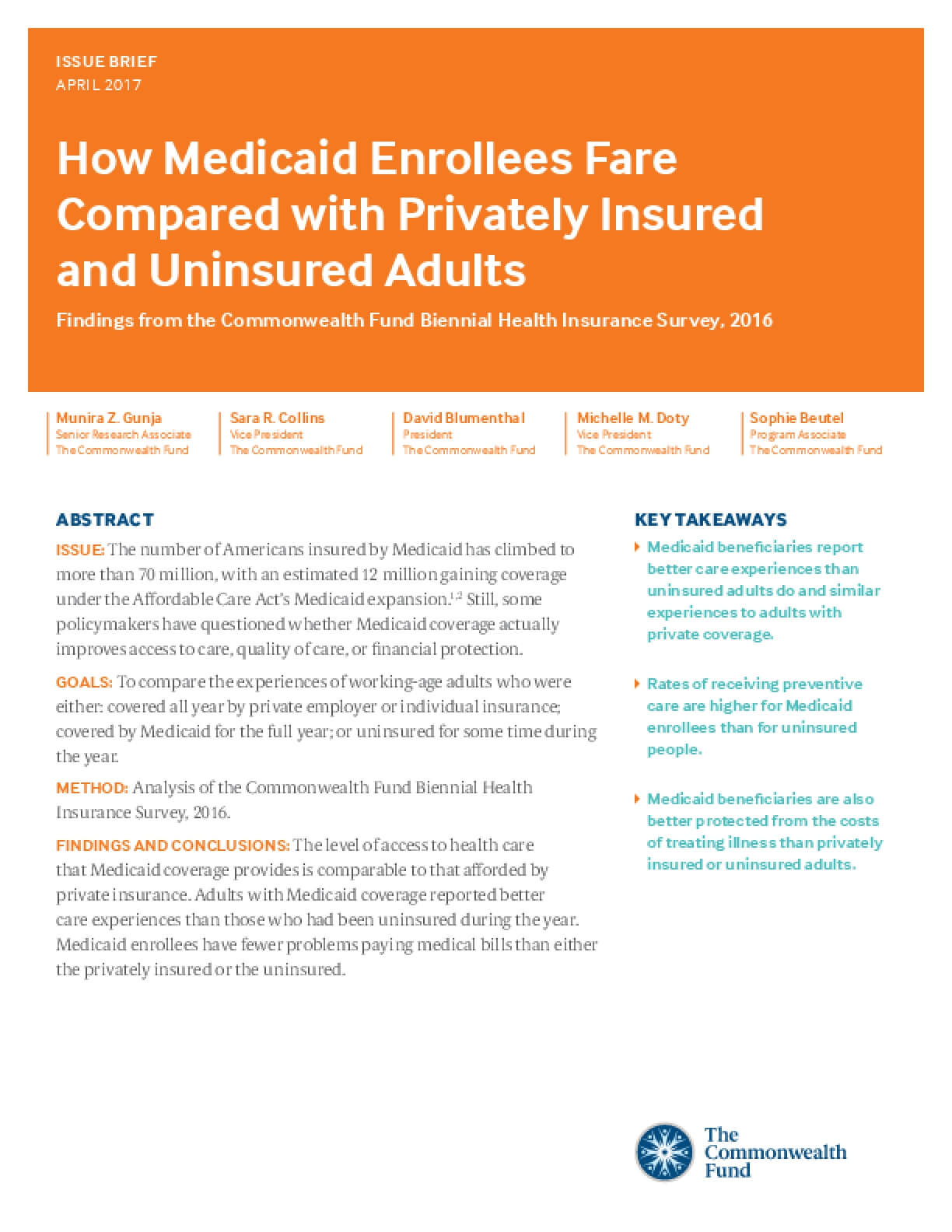