How Much of a Factor Is the Affordable Care Act in the Declining Uninsured Rate?

Issue: While the number of uninsured has decreased substantially since the Affordable Care Act (ACA) expanded coverage in 2014, questions remain about how much the economic recovery and other changes might have influenced this decline. Goal: Assess the direct impact of the ACA marketplaces and the Medicaid expansion on the uninsured rate among nonelderly adults. Methods: Analysis of insurance coverage rates before and after the ACAís first open enrollment period (fall 2013 to spring 2014) using the National Health Interview Survey (NHIS) and the Behavioral Risk Factor Surveillance Survey (BRFSS). Key findings: Based on NHIS data, enrollment in ACA-related coverage options explains about 76 percent of the 4-percentage-point decline in the uninsured rate during the first open enrollment period. Marketplace enrollments reduced the adult uninsured rate by an estimated 1.7 percentage points to 2.3 percentage points. The effects were substantially more pronounced among adults eligible for income-related subsidies. Medicaid expansions in participating states further reduced the uninsured rate by an estimated 0.76 points to 1.0 points. Conclusion: The great majority of nonelderly adults who enrolled during the first open enrollment period would likely not have held health coverage without the ACA expansions. 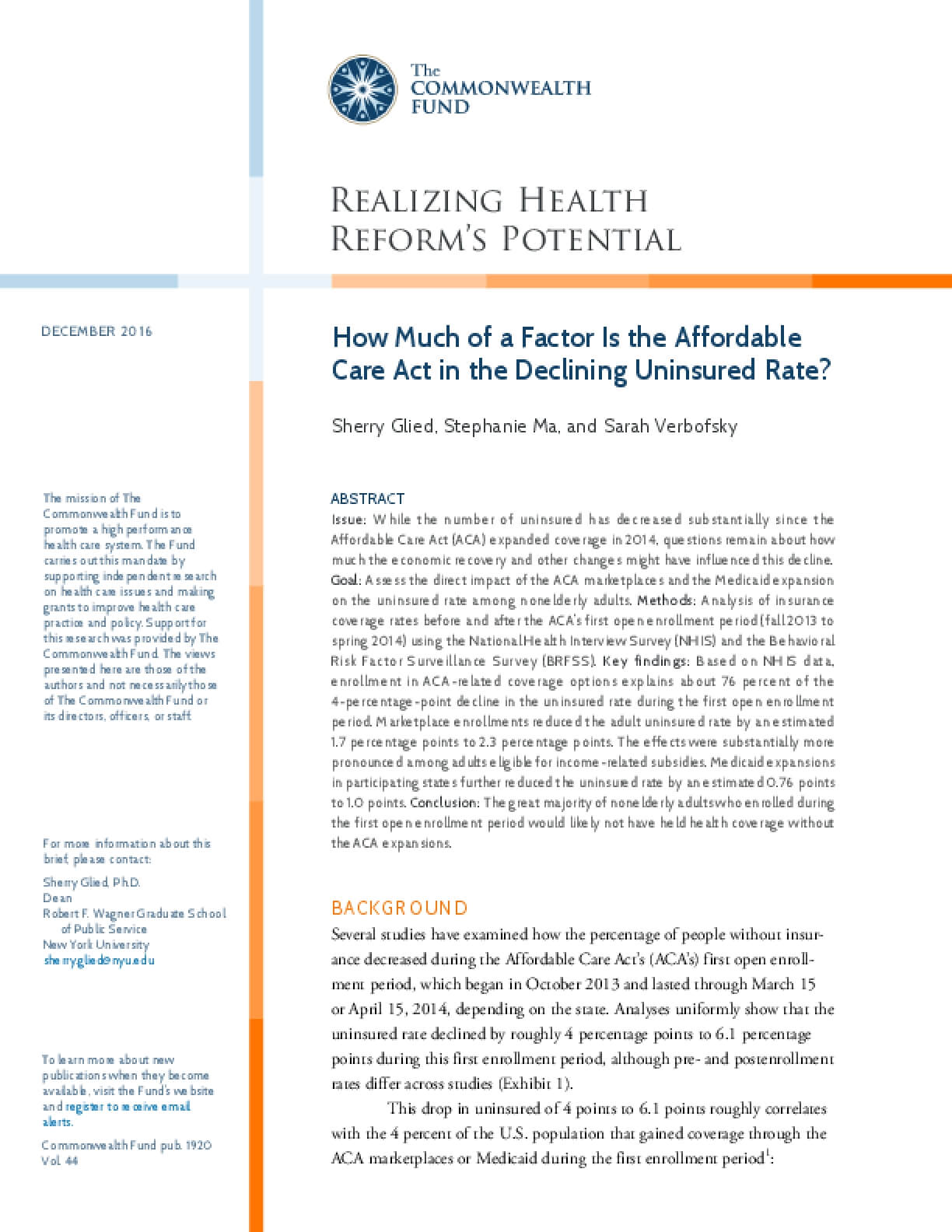