How Much Time Do Prisoners Really Do? (FOCUS)

With the rise in the crime rate in recent years, short sentences are a major concern of most Americans. In actuality, the high degree of states under-reporting prisoners serving time in prisons tends to cloud our perceptions. The level of under-reporting can be traced to factors which are not accounted for by the U.S. Department of Justice's Bureau of Justice Statistics (BJS), who publish information regarding prisoners who have been released from prison during a specific time period in a number of monographs. These factors include data such as the amount of time spent in local jails in pre-trial status awaiting their transfer to state prisons and periods of confinement associated with re-admission to prison due to violations of parole. Clearly, a more accurate method of measuring length of stay is needed to better inform the decision-making process in corrections policy development. 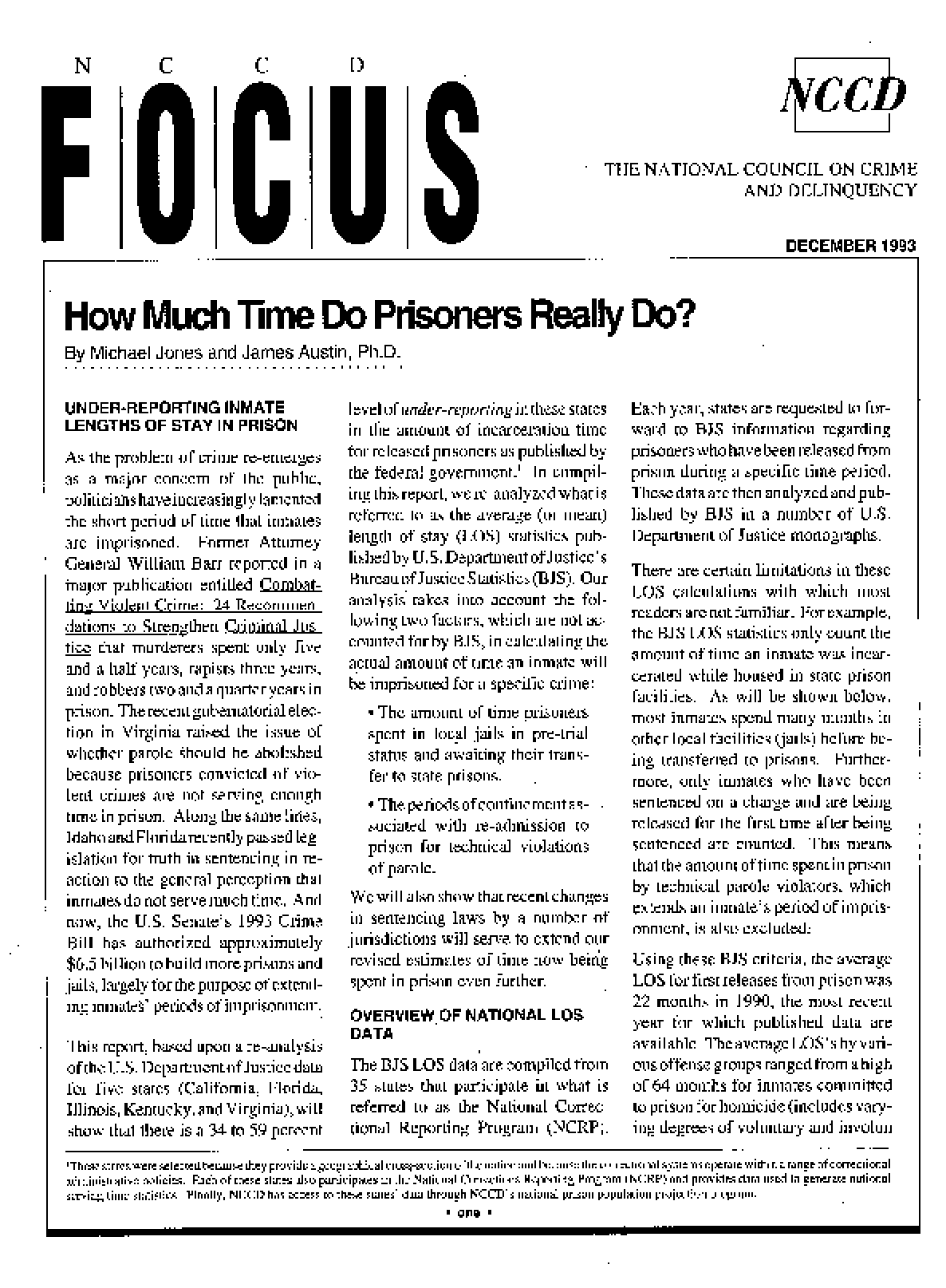