This report examines how the pernicious problem of partisan gerrymandering stymies efforts toward sensible reforms in several states—including North Carolina, Michigan, Pennsylvania, Wisconsin, and Virginia—despite strong public support for gun safety measures. These states provide some of the most extreme examples of gerrymandering: Even though Democrats won a majority of the statewide votes, control of the state legislatures remained with Republicans who, for the most part, have refused to allow meaningful debate on any commonsense gun safety measures. In each of these states, it is likely that, in the absence of partisan gerrymandering, the legislature would have enacted measures to strengthen gun laws—measures that could have saved lives.

The report also puts forward a policy solution: States should require independent commissions to draw voter-determined districts based on statewide voter preferences. Implementing this policy would end partisan gerrymandering and increase representation for communities that have too often been shut out of the political system and also suffer the most from the lack of sensible gun safety legislation 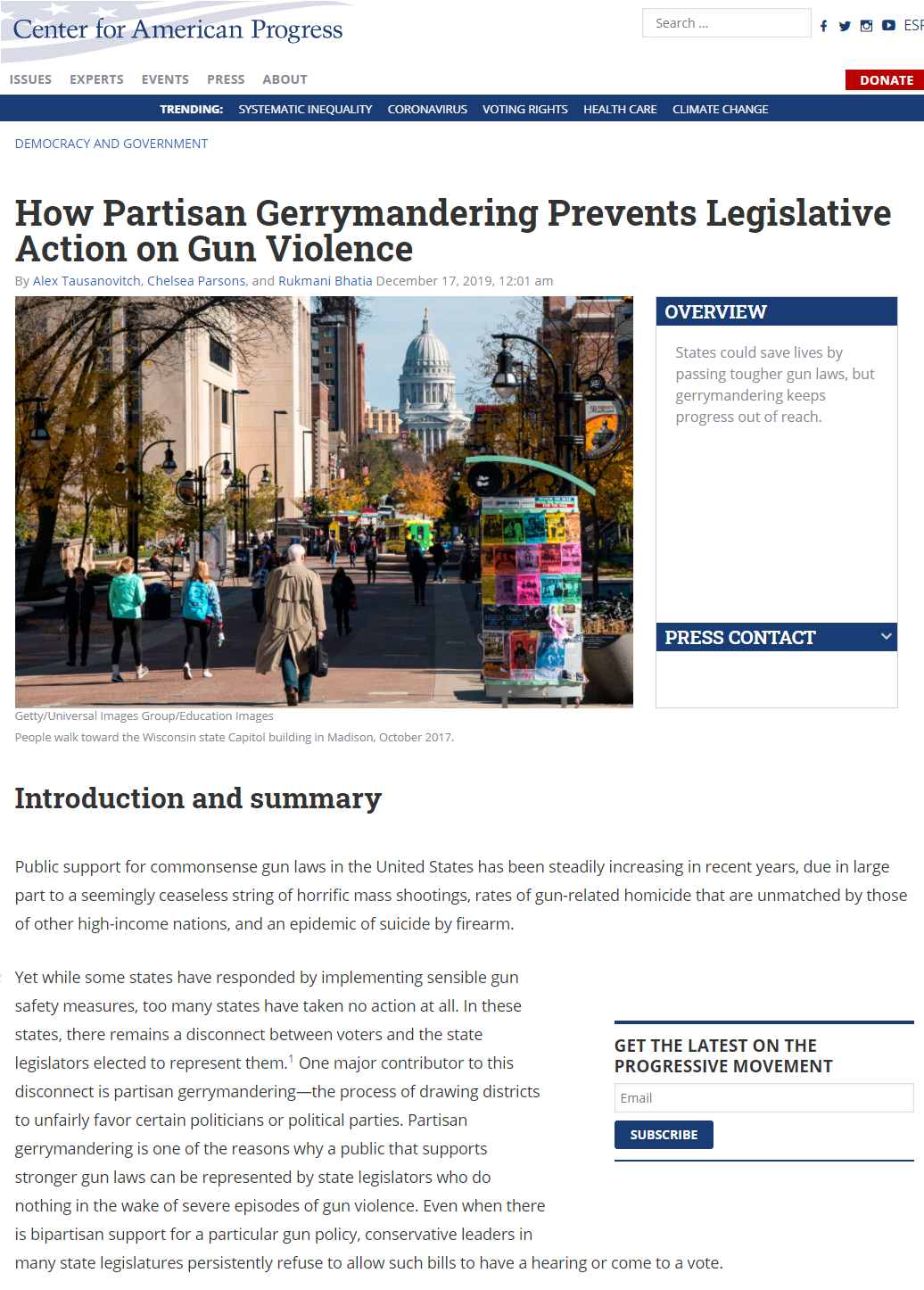