How Racially Diverse Schools and Classrooms Can Benefit All Students

A growing number of parents, university officials, and employers want our elementary and secondary schools to better prepare students for our increasingly racially and ethnically diverse society and the global economy. But for reasons we cannot explain, the demands of this large segment of Americans have yet to resonate with most of our federal, state, or local policymakers. Instead, over the past forty years, these policy makers have completely ignored issues of racial segregation while focusing almost exclusively on high-stakes accountability, even as our schools have become increasingly segregated and unequal.

This report argues that, as our K -- 12 student population becomes more racially and ethnically diverse, the time is right for our political leaders to pay more attention to the evidence, intuition, and common sense that supports the importance of racially and ethnically diverse educational settings to prepare the next generation. It highlights in particular the large body of research that demonstrates the important educational benefits -- cognitive, social, and emotional -- for all students who interact with classmates from different backgrounds, cultures, and orientations to the world. This research legitimizes the intuition of millions of Americans who recognize that, as the nation becomes more racially and ethnically complex, our schools should reflect that diversity and tap into the benefits of these more diverse schools to better educate all our students for the twenty-first century.

The advocates of racially integrated schools understand that much of the recent racial tension and unrest in this nation -- from Ferguson to Baltimore to Staten Island -- may well have been avoided if more children had attended schools that taught them to address implicit biases related to racial, ethnic, and cultural differences. This report supports this argument beyond any reasonable doubt. 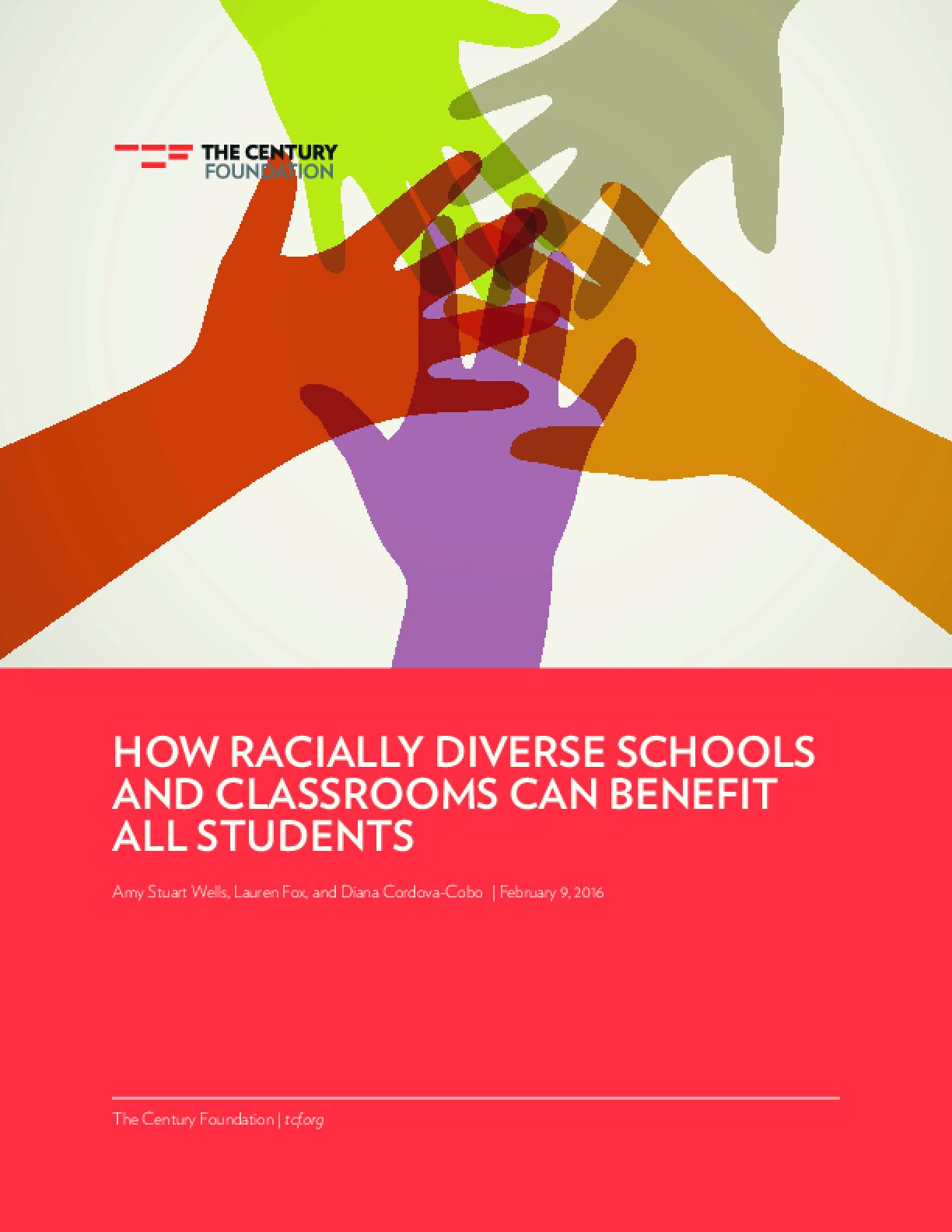