Issue: Prior to the Affordable Care Act (ACA), one-third of women who tried to buy a health plan on their own were either turned down, charged a higher premium because of their health, or had specific health problems excluded from their plans. Beginning in 2010, ACA consumer protections, particularly coverage for preventive care screenings with no cost-sharing and a ban on plan benefit limits, improved the quality of health insurance for women. In 2014, the law's major insurance reforms helped millions of women who did not have employer insurance to gain coverage through the ACA's marketplaces or through Medicaid.

Goals: To examine the effects of ACA health reforms on women's coverage and access to care.

Findings and Conclusions: Women ages 19 to 64 who shopped for new coverage on their own found it significantly easier to find affordable plans in 2016 compared to 2010. The percentage of women who reported delaying or skipping needed care because of costs fell to an all-time low. Insured women were more likely than uninsured women to receive preventive screenings, including Pap tests and mammograms. 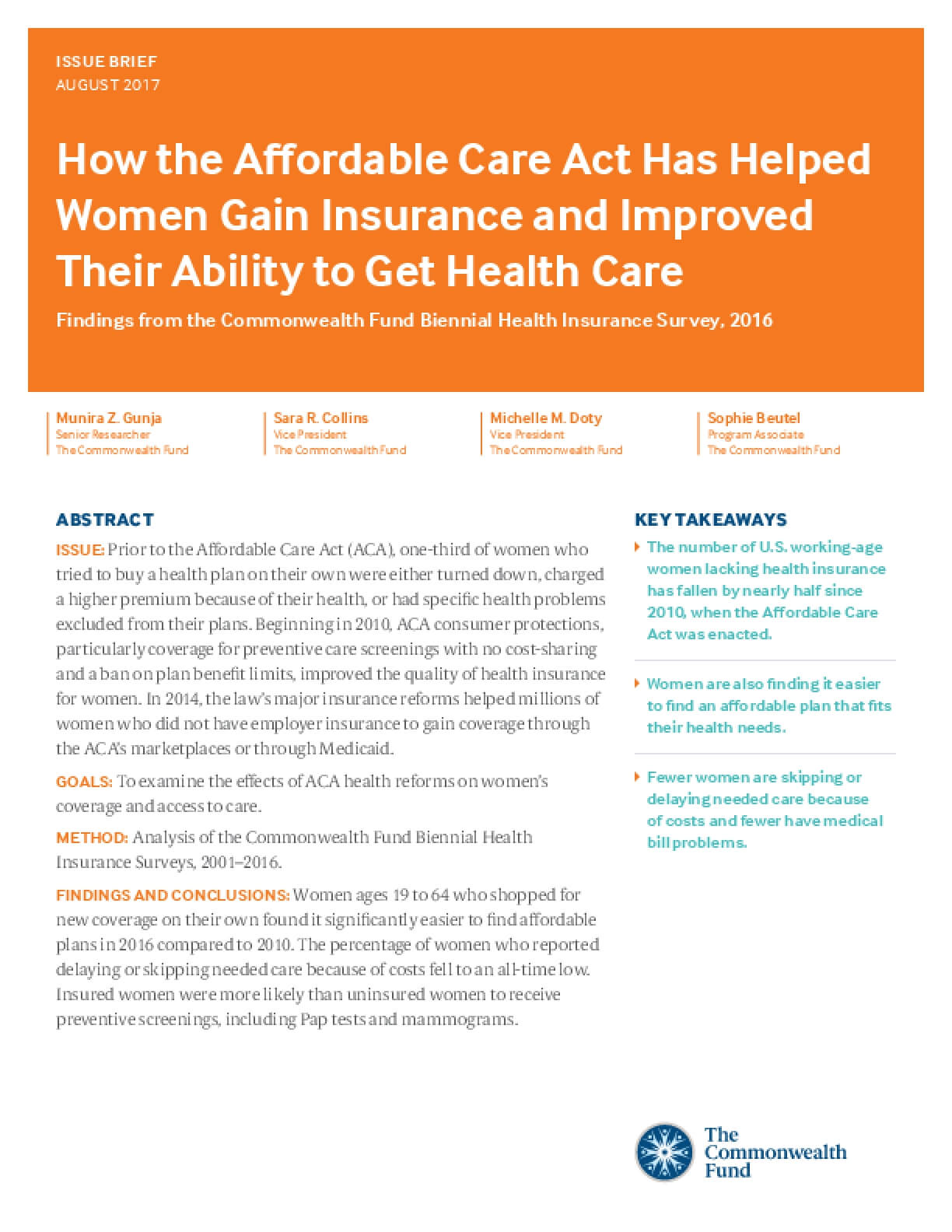