How to Increase Health-Insurance Coverage by Reducing ACA Crowd-Out

Public health-care entitlements in the U.S. have traditionally been designed to supplement rather than to supplant privately purchased health insurance. About 40% of the entitlement funds disbursed under the Affordable Care Act (ACA), however, have gone to individuals who already had private coverage. This displacement of private-sector spending by public-sector activity is called "crowd-out." While the ACA has reduced the share of the American population without health insurance, its spending has been poorly-targeted to fill gaps in care, and 28 million remain uninsured.

This paper reviews estimates of ACA crowd-out and examines the potential for block grants to allow states to target assistance at individuals otherwise lacking coverage. Under such a reform, the same level of federal funding could do more to expand access to care and to provide protection from catastrophic medical costs for those who need help the most. 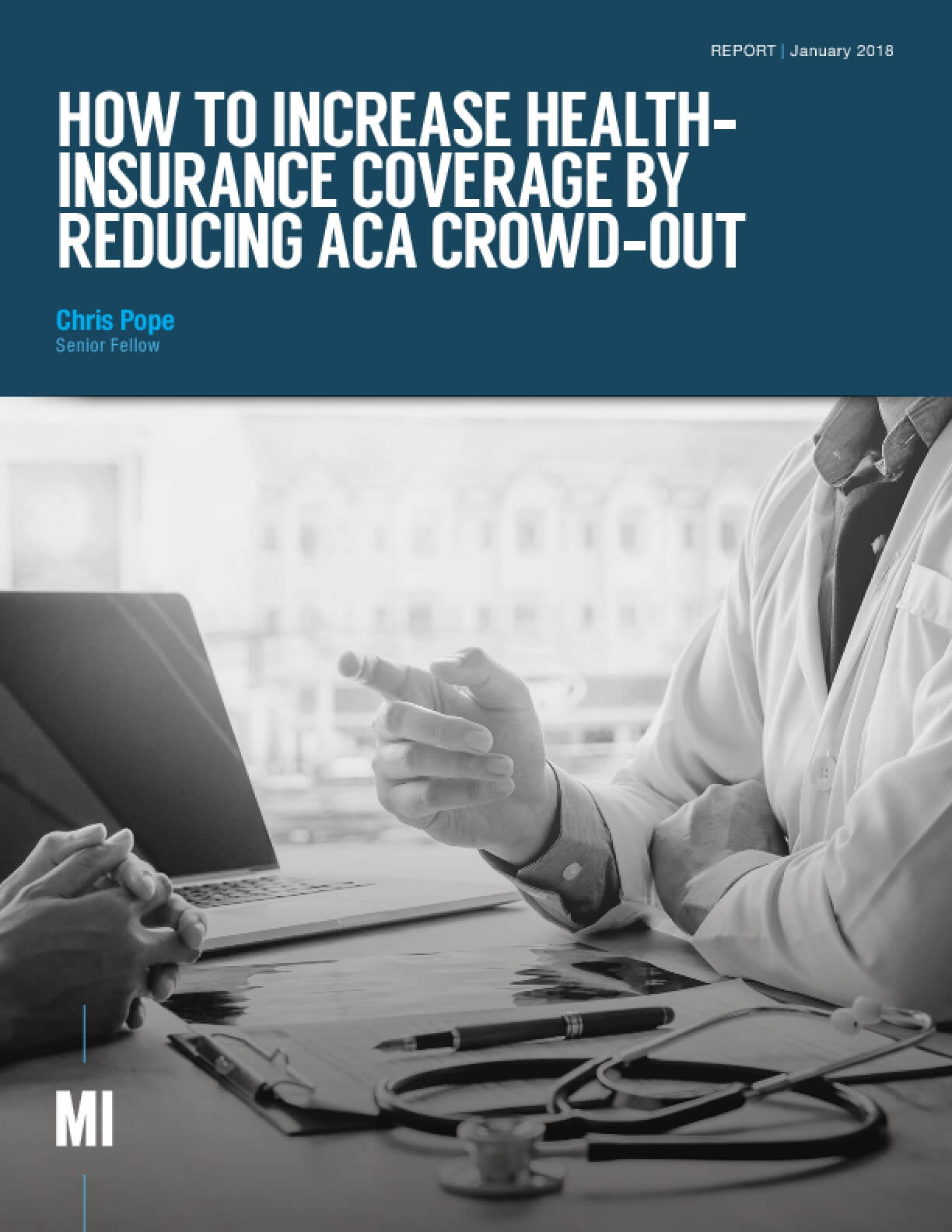