How Today's Immigration Enforcement Policies Impact Children, Families, and Communities: A View from the Ground

What happens to children when their parents are deported? How do these deportations, now more numerous than ever, affect families and the communities in which they live? This report looks at how immigration enforcement shapes family life in the United States, both among immigrant and mixed-status families, and in their wider communities. Even as the United States has failed to pass comprehensive immigration reform in the past decade, it has increasingly taken a hardline stance on immigration enforcement, particularly in targeting unauthorized immigrants living in the country. The number of immigrants removed has steadily risen, from close to 190,000 deportations in 2001 to close to 400,000 per year in the past four years. Even more troubling, in the first six months of 2011 alone, more than 46,000 parents of U.S. citizen children were deported. With more than 11 million unauthorized immigrants living in the country, these deportations affect a wide swath of the population, including the undocumented and the citizen alike. Undocumented immigrants do not live separate and walledoff lives from the documented, but instead live side by side in the same communities and in the same families. A total of 16.6 million people currently live in mixed-status families -- with at least one unauthorized immigrant -- and a third of U.S. citizen children of immigrants live in mixed-status families. Additionally, having citizen children or even being the primary provider for U.S. citizen children is little help in removal proceedings: A recent report by the NYU School of Law's Immigrant Rights Clinic found that between 2005 and 2010, 87 percent of processed cases in New York City of individuals with citizen children resulted in deportation. As individuals face the threat of deportation, ripple effects split families and entire communities apart. We argue in this report that deportations break families up and have a wider effect on the community as a whole -- not just the individual and the family involved. 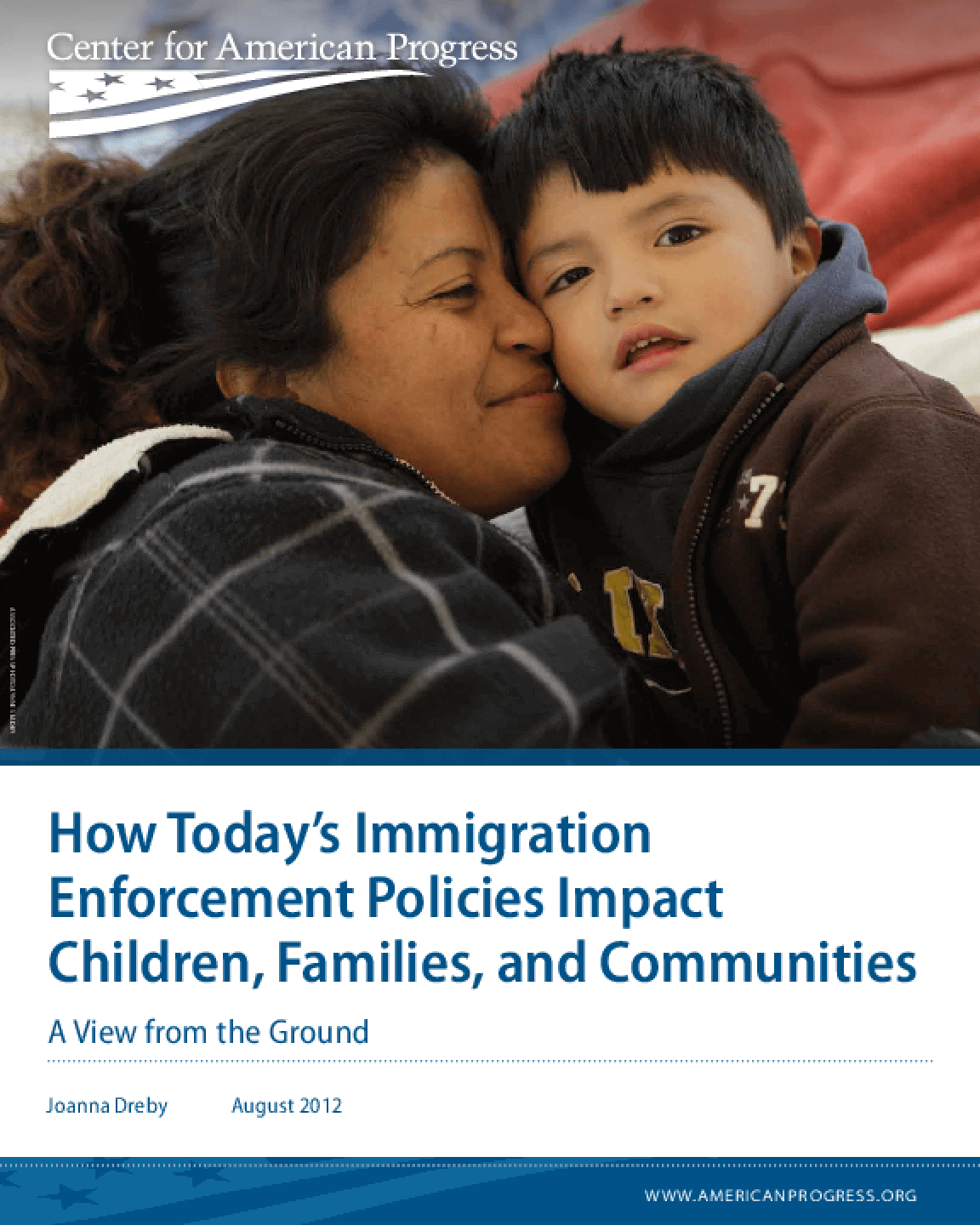