Issue: The Tax Cuts and Jobs Act of 2017 eliminated the financial penalty of the Affordable Care Act's individual mandate. States could reinstate a similar penalty to encourage health insurance enrollment, ensuring broad sharing of health care costs across healthy and sick populations to stabilize the marketplaces.

Goal: To provide state-by-state estimates of the impact on insurance coverage, premiums, and mandate penalty revenues if the state were to adopt an individual mandate. 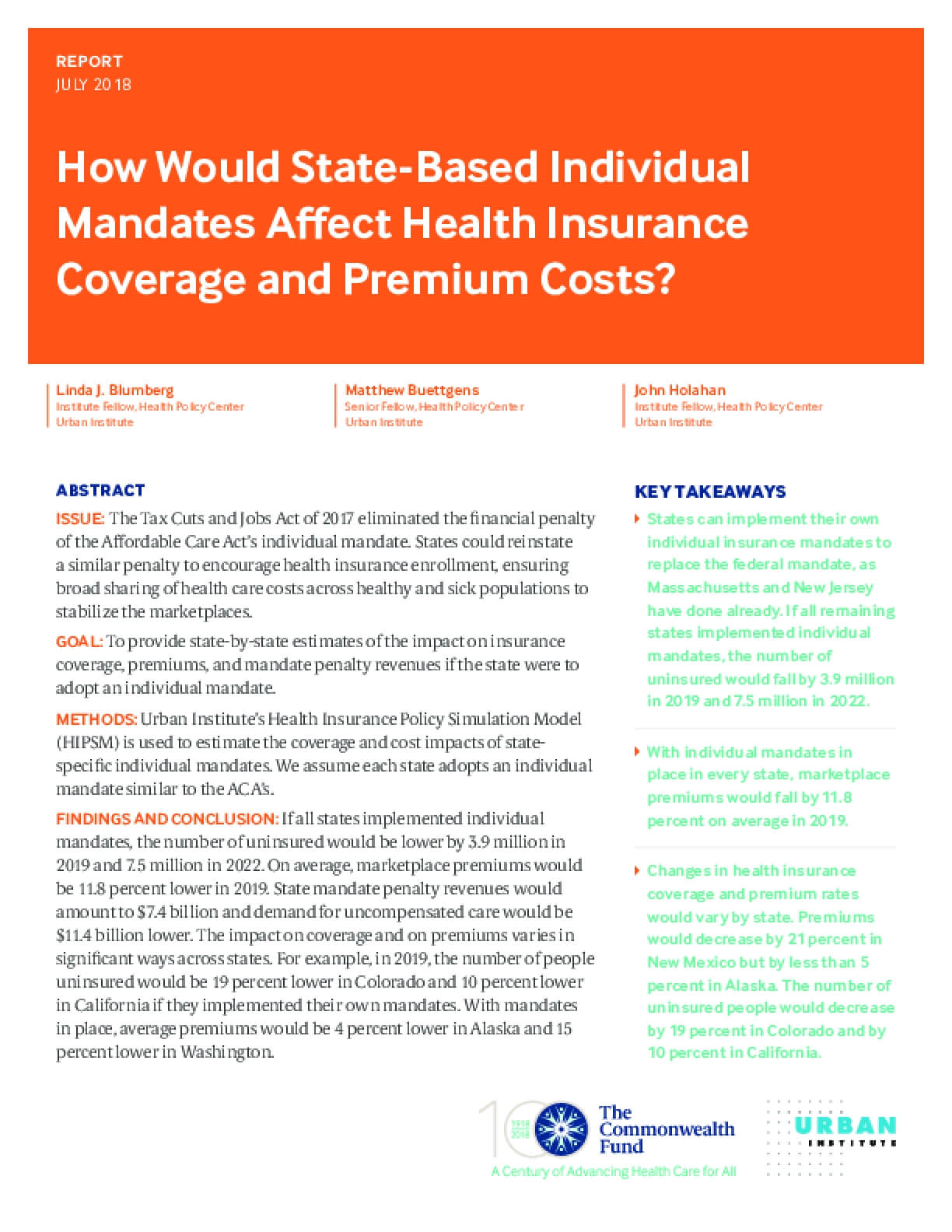