Human Development Report 2013 - The Rise of the South: Human Progress in a Diverse World

The 2013 Human Development Report -- "The Rise of the South: Human Progress in a Diverse World" -- examines the profound shift in global dynamics driven by the fast-rising new powers of the developing world and its long-term implications for human development. China has already overtaken Japan as the worlds second biggest economy while lifting hundreds of millions of its people out of poverty. India is reshaping its future with new entrepreneurial creativity and social policy innovation. Brazil is lifting its living standards through expanding international relationships and antipoverty programs that are emulated worldwide. But the "Rise of the South" analyzed in the Report is a much larger phenomenon: Turkey, Mexico, Thailand, South Africa, Indonesia and many other developing nations are also becoming leading actors on the world stage. 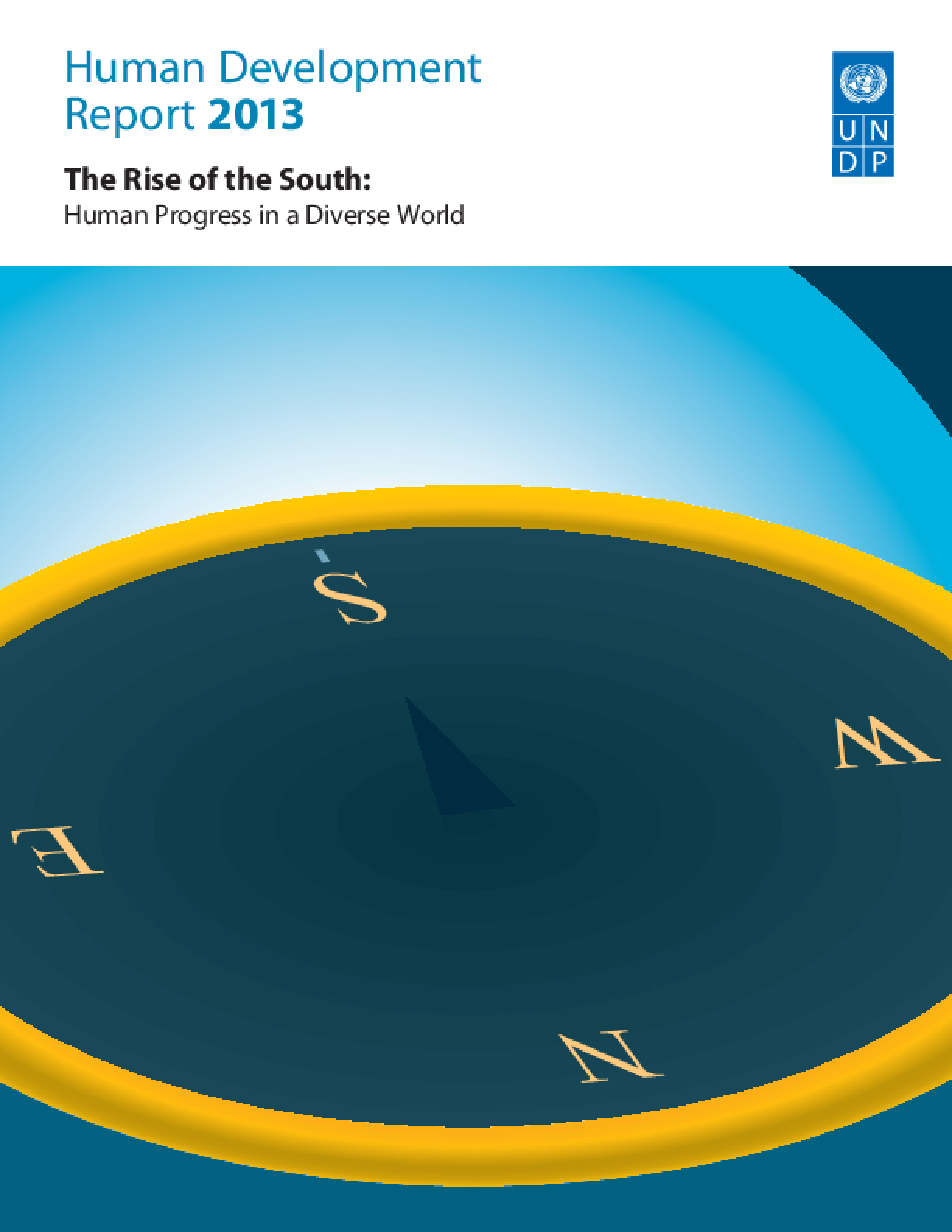