On 15 December 2013, heavy fighting between factions of the South Sudanese armed forces broke out in the country’s capital city, Juba, and spread rapidly across the country. In Juba, civilians immediately sought refuge in the UNMISS (United Nations Missions in South Sudan) bases: Tom Ping and UN House. Within one week an estimated 25,000 people were sheltering in the UNMISS compounds, while attacks continued across the city. Oxfam was one of the first agencies to respond to the needs of the first IDPs in Juba, supplying water and installing sanitation facilities in UN House, and supporting the World Food Programme’s (WFP) food distributions in both UN House and Tom Ping compounds. Once water supply was established, Oxfam added a hygiene promotion component, as well as diverse Emergency Food Security and Vulnerable Livelihoods interventions to complement the food supplied by WFP. From January 2014 Oxfam conducted rapid assessments and launched responses in other states. This evaluation concentrated on the response in the UN House IDP camp, Juba only.

The Humanitarian Indicator Tool (HIT) is a methodology designed to estimate the degree to which the programme meets 13 recognized quality standards via a desk review. 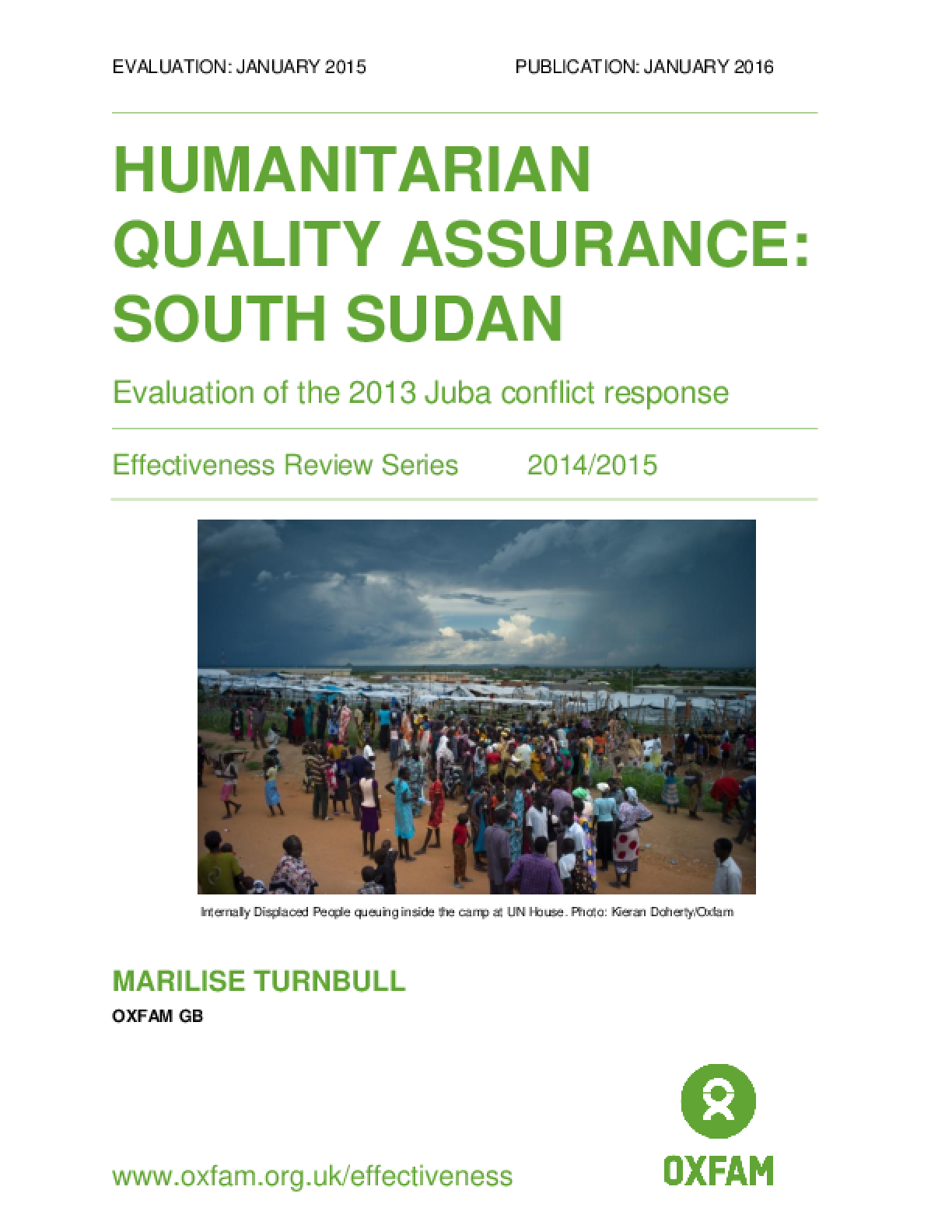