In early 2009, the Greater Chicago Food Depository conducted an extensive research study, referred to as Hunger in America 2010, in conjunction with Feeding America, the nation's largest domestic hunger-relief organization. Nationwide, an estimated 37 million people living in the United States rely on food and grocery assistance provided by network food banks and food rescue organizations. In Cook County, it is estimated that nearly 678,000 people each year rely on emergency and supplemental food sources, as provided by the Food Depository and our member network of 600 food pantries, soup kitchens and shelters. Key Findings: 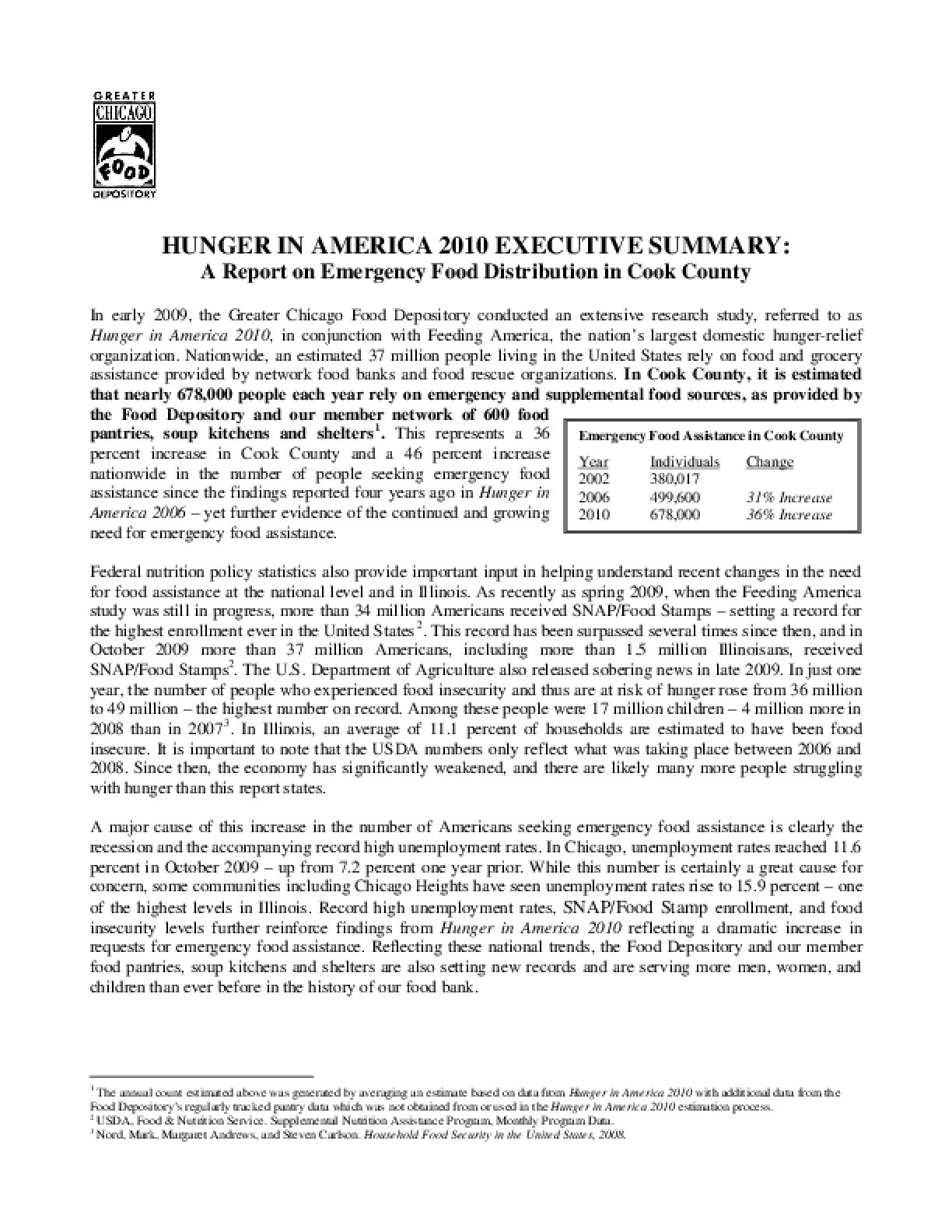