Feeding America, the nation's leading domestic hunger-relief organization, has conducted the most comprehensive study of hunger in America every four years since 1993. Like the prior studies, Hunger in America 2014 (HIA 2014), the latest iteration, documents the critical role that the charitable food assistance network plays in supporting struggling families in the United States. Study results are based on surveys of food programs in the charitable food assistance network supported by Feeding America, and clients that access services through that network in 2012-2013. In addition to this report on the Feeding America national network, this study has resulted in 42 state reports and 196 food bank reports detailing network activities on local levels.

The current assessment occurs in a period with historically high demand for food assistance. Unemployment and poverty rates have remained high since the Great Recession of 2008, and the number of households receiving nutrition assistance from the federal government's Supplemental Nutrition Assistance Program has increased by approximately 50 percent between 2009 and 2013.Demand for charitable food assistance has also expanded. HIA 2014 finds an increased number of individuals relying on charitable assistance to access nutritious foods for themselves and their families. 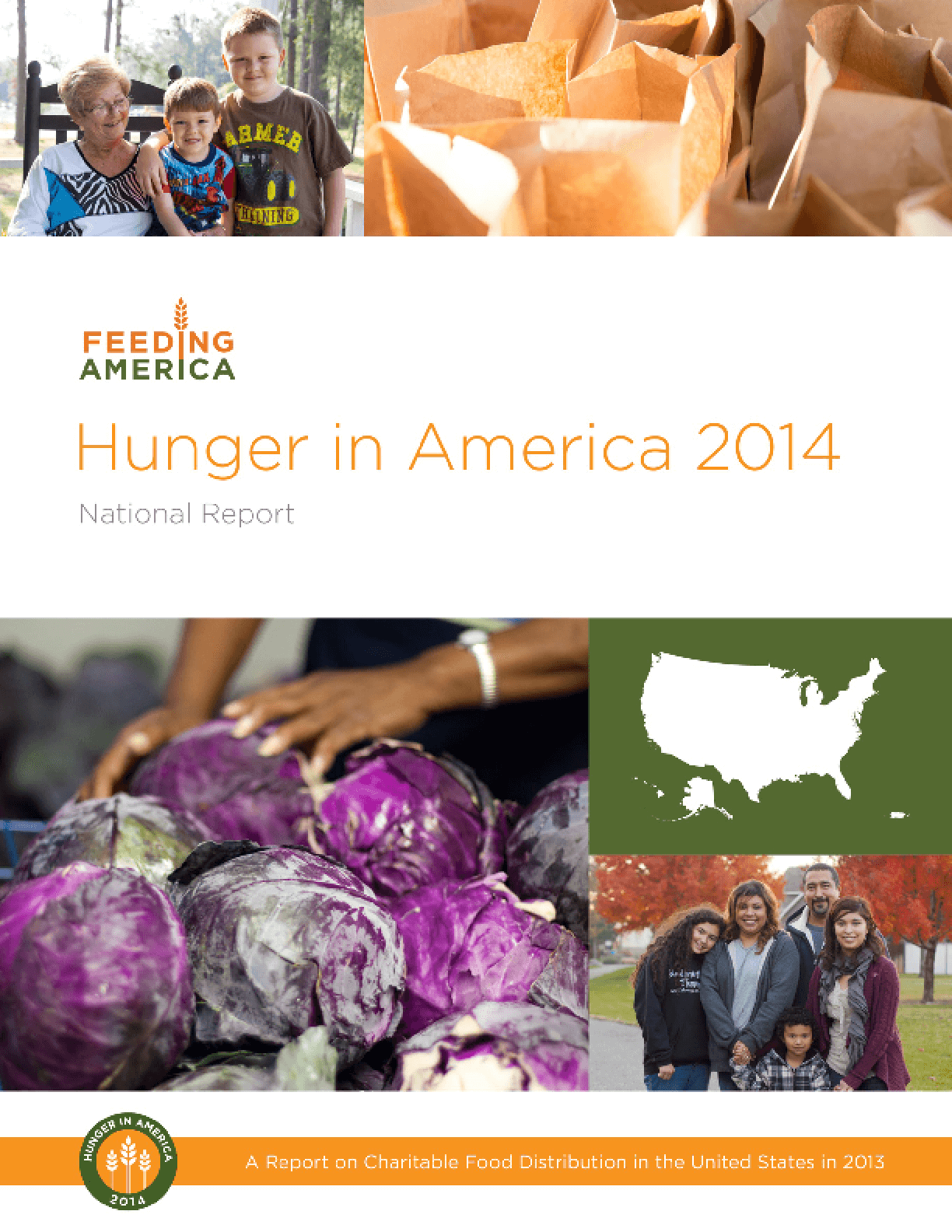